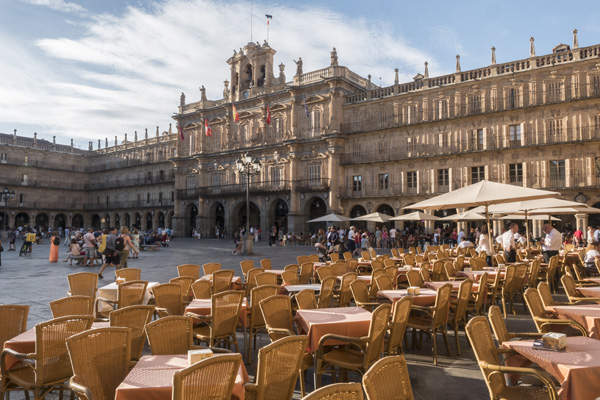 Expat Guide to Living in Spain

Whether you're already living in Spain or preparing to move to Spain, our Expat Guide to Living in Spain offers articles and reports submitted by expats about expat life in Spain. For answers to specific questions, visit our Spain Forum to talk with expats in Spain. 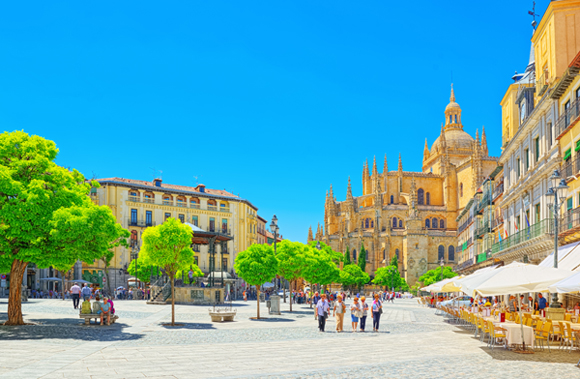 Nearly 90% of expats in Spain report that they are enjoying their expat experience and that they love the international lifestyle found there. 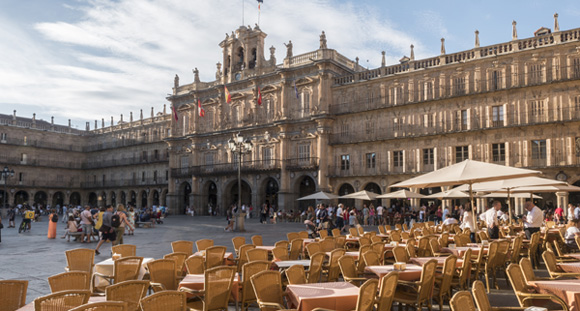 How to Immigrate to Spain: A Guide for First Movers

An overview of how to move to Spain and immigration options for non-EU citizens. Covers different long-term visa options. 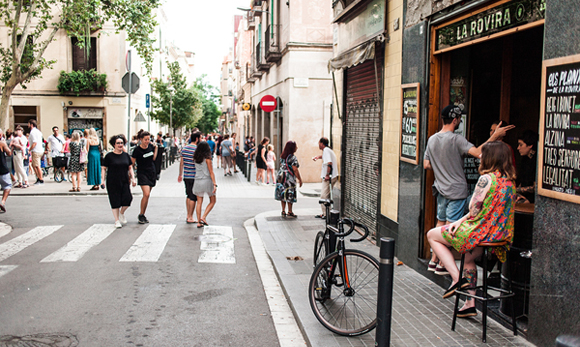 12 Expats Talk About What It's Like Moving to Spain

Expats in Spain share their experiences moving to Spain. From what to bring to learning Spanish, culture shock to finding a flat.

Expats moving to Valencia enjoy life on the Mediterranean coast and a cost of living that is lower than what expats in Barcelona and Madrid must absorb.

Expats in Barcelona enjoy a beautiful city on the Mediterranean Sea and one of the most popular cities in Europe. Here is some great advice from expat that already live there. 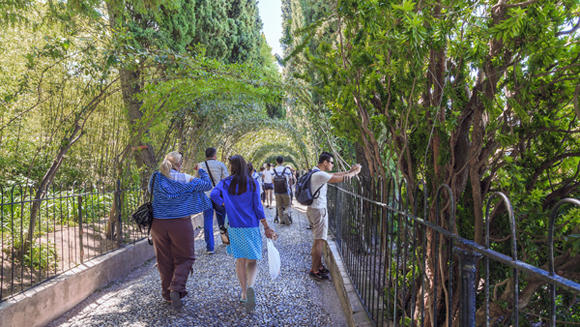 12 Tips for Living in Granada, Spain

An expat talks about what it's like living in Granada, Spain. There are a lot of international students and others in Granada, a low cost of living, reliable public transportation, great restaurants and much more.

An expat in Barcelona talks about the cost of living in Barcelona, finding an apartment that's pet friendly, learning the language and more.

An expat in Altea, Spain advises newcomers to be methodical and organized, seek input from other expats, live in a neighborhood short-term before committing to a long-term home rental or purchase. 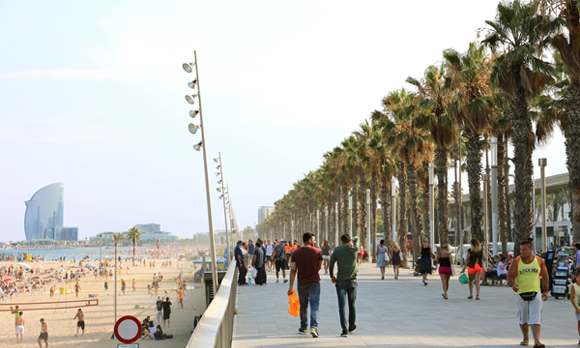 A member who did a graduate program in Barcelona returned 11 years later with his family in tow. He appreciates that locals value quality food, books and time with family and friends. 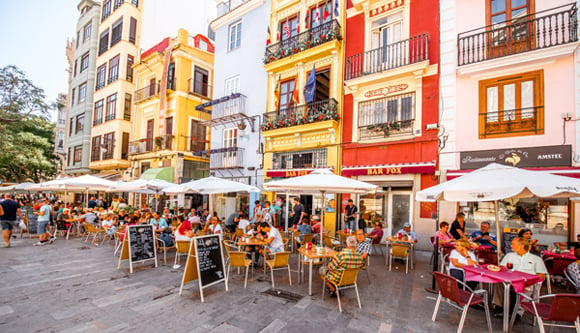 An expat who studied anthropology has adjusted to life in Valencia and talks about his approach to avoiding culture shock.

An expat in Valencia talks about enjoying the Mediterranean lifestyle. You'll need to learn Castellano and a little Valenciano.

Dream vs Reality of Living in Valencia, Spain

One expat saved for several years and sold virtually everything so that he could move to Valencia, Spain. He enjoys Valencia's friendly people and cultural activities - many of which are free. He doesn't miss having a car, but has found the paperwork and fact that it takes much longer to get things done a bit of a challenge.

This report on retiring to Salamanca in Spain offers a great deal of advice for expats who might consider moving to this university city later in life. Find out about some of the the specifics to living in Salamanca and also what motivated this retiree to pick this ancient Celtic city in Northwestern Spain.

What are people's priorities in Spain - work? family? What are the best ways to meet other expats? Are people accepting of racial, cultural and religious differences? Below are some of the responses from expats in Spain: Submit a Living Overseas Report

Reviews of Schools in Spain

Reviews and school profiles from expat parents and even a few school administrators in Spain. Great place to find insight into school facilities, teachers and curriculum. Below are some of the reviews from expats in Spain: Submit an International School Review

Dream vs. Reality of Living in Spain Reports

Most expats have have "dreams" (and fears) about the expatriate experience before they moved to Spain. If you are already living in Spain, share how those "dreams" have been fulfilled, and how they have not. Below are some of the reports from expats in Spain: Submit a Dream vs. Reality Report

Retiring abroad can be a great option for retirees seeking their dream lifestyle at an affordable price. Help other retirees, who are thinking about retiring in Spain, by filling out our Overseas Retirement report. Below are some of the reports from expats in Spain: Submit a Retire Abroad Report

Having a Baby in Spain Reports

How did expats choose their doctors, midwives, hospitals? What is childbirth like in Spain? Below are some of the reports from expats in Spain: Submit a Having a Baby Abroad Report

What's it like to find a job in Spain? How difficult was it to obtain a work permit? What types are jobs are typical for expats in Spain? Help others following in your footsteps by filling out our Working Abroad Report.

10 Tips for Living in Spain

Expats in Spain: Pros and Cons of Living in Spain

Expats in Spain discuss the pros and cons of living in Spain. Topics discussed include lower cost of living, taxation on worldwide income, friendliness of Spaniards, LGBT community, slower pace of life and more.

5 Best Places to Live in Spain

Expats in Spain have a lot of opinions as to the best places to live in Spain. It all comes down to preferences, resources and where you are in life. Here's a good start in your research for deciding where to live in Spain as an expat!

7 Important Tips about Healthcare for Expats in Spain

An overview of the different types of long-term residency visas in Spain including expat advice on the application process. Covers the three main types: residence visa, work and residence visa and student visa. Plus, the retirement visa, investment and entrepreneurial visas and several others.

5 Tips For Living in Madrid

Expats in Madrid live in a city with a broad appeal to people throughout the world, rich cultural traditions and some of the most delicious food in the world!

5 Affordable Places to Retire in Spain

Many retirees move to Spain in search of a better lifestyle and lower cost of living. Here are 5 affordable places to retire in Spain that range from bustling coastal cities, like Valencia, to regions with small coastal villages, like Huercal-Overa in Andalucia.

Families moving to Barcelona have a number of great schools to consider. There are several American and British schools plus foreign children are allowed to attend public school. In this article we highlight several of the more popular English schools and expats' advice with regard to public vs. private English schools.

Expat Guide to Moving to Tenerife

Tenerife is the largest island in the Canary Islands. Santa Cruz in the north is where more jobs can be found. The south is home to resorts, beaches and tourism industry jobs. There are international schools in both areas. Do your homework and be sure to spend time exploring and visiting Tenerife before you make the move.

5 Tips for Living in Barcelona

Barcelona is the capital of Catalonia, a region where some citizens are fighting for their independence from Spain. Barcelona is a beautiful city that's rich in history and architecture with a thriving nightlife scene.

There are three new legal changes on the horizon in Spain, which will positively impact expats and family inheriting from relatives who were expats in Spain. Melissa Sullivan outlines them.

Expat Spain: 5 ways to get the best out of the Spanish healthcare system

The quality of healthcare in Spain is exceptional, but their healthcare system is different from what expats are used to at home. CIGNA shares tips about the Spanish health service, obtaining your atarjeta sanitaria, state health care and more.

Expat Spain: Things to consider When Moving to Spain with Children

If you're a family moving to Spain (or anywhere in the world), David John's article offers great advice for helping your children through the relocation process. From keeping your children involved in the move to considering their education.

Brit Becky Russell loves spending time in Catalonia, Spain. She's put together a few recommendations for avoiding the heat and enjoying your time in Barcelona and the surrounding area.

With it's warm culture, thriving cities and beautiful countryside, expats agree that Spain has it all. Expats share their tips and experiences living in Spain.

If you living in Barcelona or traveling there, you'll find Mike James' article about some great local restaurants.

Living in Spain: Doctors and Queue-Jumping

Author Deborah Fletcher was born in the UK, but attracted to sunshine, olives, garlic and red wine. So, she completed the escape tunnel in 2003 and fled to Southern Spain.

Psychotherapist Richard Harvey looks at an English couple living in rural Spain and the challenges they face in their post-honeymoon period.

10 Tips for Moving to Spain

10 helpful tips for newcomers and expats in Spain.

Cadiz has magnificent beaches, winding streets, beautiful plazas. This charming city entices many of its visitors to make the decision to purchase property there.

Tips for Starting a Business in Spain

Thinking about starting a business in Spain? Many expats try, but only a few succeed. Solo offers advice about understanding the market, catering to locals and other advice.

Your Guide to Offshore Investing

A guide to offshore investing writting for expats in Spain, but applies to expats worldwide. Advice on emergency funds, taxes and more.

Spain rail travel is both convenient and affordable, aside from being a fun way to visually experience the whole of Spain.

An overview of various taxes that apply to property owners in Spain.

Despite the forecasts, now is a great time to buy says expat author of 2 books on Murcia - Debbie Jenkins. She shares tips on buying in Spain in today's market.

Yolanda Solo, Author of "Spain: The Expat Survival Guide" gives relationship-saving advice for people contemplating or preparing to move abroad. While she focuses on Spain, her advice is universal.

Spain Forum
Meet other expats and talk about living in Spain.

Best Places to Live in Spain

Expats in Spain have a lot of opinions as to the best places to live in Spain. It all comes down to preferences, resources and where you are in life.

Cost of Living in Spain

Expats offer insight into the cost of living in Spain.

Real estate listings in popular cities and towns in Spain.

Pros & Cons of Living in Spain

Take off your rose-colored glasses and learn what expats have to say about the biggest challenges and the greatest rewards of living in Spain.

Advice for people retiring in Spain.

Contribute
Help other expats and newcomers by answering questions about the challenges and adventures of living in Spain.