My husband's company provided a 6 hour session after our move. We didn't get it scheduled until he had been here about 8 months - I had been here about 3. That was actually good, because by then I had questions for the trainer and especially the historian who accompanied her.

It's English, with British influence. They have a very different inflection on the words and speak very fast, so sometimes I have to ask for a repeat! But the longer I stay, the better I understand them. Lots of slang, too.

Not really. I was more worried for my teenagers. But they settled in very well, helped by the International school. The staff there is used to orienting students. Now my kids have really good Trini friends, as well as other ex-pat friends. We knew this would be an adjustment and tried to have a good attitude about it.

Get FREE quotes from up to 6 international movers from The Relocator. Save up to 50% on your move to Trinidad & Tobago! The Relocator offers an easy and free service to receive quotes from renowned and certified movers worldwide. They only work with qualified moving companies. Over 500 movers worldwide have already joined their service to help you get the best price and service for your international move. Get your moving quotes.

I'm finding that the longer we stay, the more certain things bother me. We've been here a year and a half now, and I'm really missing the states. While I love some things about Trinidad, I'm getting increasingly frustrated by incompetence of many workers, the time-consuming struggle of dealing with any government institution or business, and the lack of customer service and choice of products. The immigration authorities just had my daughter in tears after she entered the country by herself - and it's the third time they've been obnoxious. She's got a visa, a letter from the government, and they still act like they won't let her in! She loves her friends here, but can't wait to leave Trinidad. They just don't seem to want us here. I sometimes feel targeted by doctors and dentists - as if anyone from the states or the UK must be rich. I know I'm paying higher prices for services and get procedures recommended that we don't need. That also just happened to us - we flew back to the states for medical care because of it.

I feel like I adjusted very quickly - not going through these stages. In fact, as I said above, I liked it more when I was first here. I do have some good Trini friends now, and I finally found a gym I like. It's just such a struggle to do things here sometimes. Life is easier back in the states. I just pay to have certain things I like shipped here - my coffee, clothing, stuff for my pets. It's expensive, though. And getting the things my family likes to eat takes a lot of time and driving.

I definitely have an occasional "I hate Trinidad" day. I try to laugh it off and go have a swim in the pool. I get a little tired of always cooking because restaurants are so expensive here and there's no take out to speak of - unless you eat KFC.

I love the tropical weather. We live near the bay, and I love to watch the birds and ships go in and out. The Trinis are a happy, fun-loving, music-addicted culture - people burst into song in the grocery, always have time to chat and spare a laugh. Social life is very family-oriented, though, and while many Trinis are friendly on the surface, getting to know them more deeply isn't the norm. They tend to socialize with their own extended families. I have yet to be invited to a Trini's house for dinner that wasn't a business function, although I've had them over. Ex-pats socialize with each other, though.

The pace. Everything takes more time - driving, getting any work done, dealing with any bureaucracy. And the systems make no sense. Efficiency is like a dirty word. My A/C technician calls to say he'll be here in half an hour and shows up two hours later. I just waited a day and a half for the guy to show up to fix my garage door. And the last time he fixed it - he was here for 3 days!!! I watch my neighbor remodel (not build, just remodel) his house - it took 16 months!! Every time I looked over there, the workers were taking a break! Trash is everywhere - I watch huge bunches of it wash out to sea after every storm. There's no recycling, no sense that the environment is something to be protected, not just used. Water shortages every year, power outages, the cable goes out regularly. They cut off our phone for no reason - the bill was paid - and I spent 2 hours on the phone getting it reinstated. It didn't come back on for a month!

Only that my housekeeper's accent was so strong, I could only understand her half the time. My daughter had to translate.

I do think you can minimize culture shock by cultivating the right attitude. You do learn a lot about your own culture and biases by living in another. This experience has given me a perspective I otherwise never would have had. I would advise not to do anything drastic like buy or sell a house for a while - wait until you settle in. Things look different on the outside. But that said - I'll always be glad I lived here for a while!

Talk with Expats in Trinidad & Tobago

8 Best Suburbs for Expats outside of Port of Spain, Trinidad

If you are moving to the Port of Spain area, here are 8 suburbs and neighborhoods popular among expats in Trinidad. The article covers suburbs such as Westmoorings, Maraval, Cascade, St Anns and others.

If you are moving to the Port of Spain area, here are 8 suburbs and neighborhoods popular among expats in Trinidad. The article covers suburbs such as Westmoorings, Maraval, Cascade, St Anns and othe... 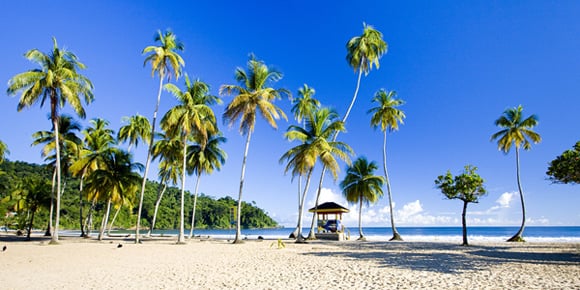 10 Tips for Living in Trinidad & Tobago

Expats in Trinidad & Tobago love the family-focused Trinis, the laid-back island culture and the beautiful beaches. That being said, many expats find dealing with bureaucracy a challenge, the pace of ...

So true her observations on workers' competency and diligence ! I find that the British islands (Belize, Trinidad ) never get to develop the concept of a good restaurant for their own citizens. Yes, the professionals ( doctors and dentists ) charge North American patients more and perceive as a cash machine , not a person like them.

i am currently going through the same thing and in many ways, I echo the feelings of this writer on her experience of living in Trin. One thing that people continually warned me about was the crime rate which til this day puzzles me, as I find the Trinis a warm, music-loving people. How does a population of 1.2 million people co-exist peacefully among this? I never thought I would miss UK as I am a HUGE fan of tropical weather having travelled and lived in various hot countries but this was a totally different experience. Some good some bad...

I have to say, I am experiencing the same thing here in Barbados... funnily enough I am a Trinidadian. I have been here 3 years now and we are moving back home much to my relief.

Our guide to moving to Trinidad & Tobago with lots of advice from expats on the ground. 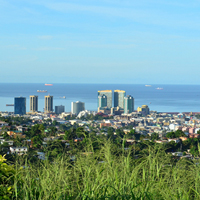 8 Best Suburbs for Expats outside of Port of Spain, Trinidad 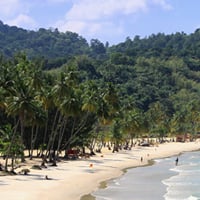