I had contact with some Brazilians in Melbourne, where I live. There were a surprising amount there actually, most were young and students at university. I also had been speaking online to a friend for over 5 years but never met him in person, but in those years I learnt some things from him.

I knew some basic phrases, letters of the alphabet and a moderate amount of numbers before I left. I also took some informal Portuguese lessons about 6 months prior to moving, but they weren't frequent enough now that I think about it! A few weeks after I arrived in Rio, I joined a proper language class which was great, but I think the teacher zoomed through, getting us up to the past and future tenses of major verbs, when really we were still struggling with present tenses! Now in an everyday setting I'm slowly learning the language, and choosing to be friends with locals rather than expats. Unfortunately that means I feel very left out of conversations, but in the long-run I will benefit by getting used to new words and asking what particular phrases mean.

Yes, I was concerned about the level of crime in Rio and how that would affect my day-to-day security, but so far it has not been a problem. The language of course is the biggest barrier, and I knew it would be a problem. I was also conscious of seeing poverty would be, but you get used to it after a while.

Get FREE quotes from up to 6 international movers from The Relocator. Save up to 50% on your move to Brazil! The Relocator offers an easy and free service to receive quotes from renowned and certified movers worldwide. They only work with qualified moving companies. Over 500 movers worldwide have already joined their service to help you get the best price and service for your international move. Get your moving quotes.

Language barrier - always the number one shock. Being from Australia, driving on the other side of the road is also something big for me - not that I have a car, but being a passenger in a taxi or getting on a bus I still sometimes go to the wrong side! The other big thing I have noticed is the widespread lack of customer service - but usually limited to supermarkets and pharmacies. They don't smile or ask how you are, which although was initially a blessing compared to the "Hi, how are you?" "Good thanks" routine I usually do in Australia, I now miss it.

I was awestruck when I first arrived in Rio, looking at everything and remarking how different it was. Then I started to get irritated about the amount of garbage everywhere and the lack of maintainence, especially on the footpaths! You really have to watch your feet in Rio as some footpaths have monumental potholes in them, same as the roads. Electrical wires where they normally wouldn't be back home. Definitely lower safety standards... I feel uneasy not having a smoke detector!

A little homesick, but then I remind myself I came here to have a break from everything and everyone back in Australia. I still keep in contact via Facebook and Skype calls, but a lot of the time I am on my own. I've probably noticed I eat less, as my routine doesn't exist anymore.

I love how everything is slightly or amazingly different to what I am used to. There's less rules and regulations (or they are routinely flouted) and therefore people seem freer. The sing-song nature of Portuguese is pretty good, even if it is difficult to pronounce! My language seems monotone in comparison.

It was so true when I read in other posts that people are suspicious, closed and indifferent to new people. Very cliquey, but luckily I have managed to avoid most of that by having made friends here before I came. And that led to making new friends. Even so, 'friends' can be irritatingly flaky when it comes to arriving at a set time, or even keeping commitments.

Lacking conversational Portuguese is a real problem, but the friends I have all speak English so it's generally a 70% Portuguese/30% English mix in a social setting with their other friends.

Yes, walking around the Zona Sul supermarket saying to my friend "Eu quero um pão de francês" but of course a word with 'ão' is hard to pronounce, and I pronounced it as 'pau'. I had no idea why people near me started sniggering and my friend told me later what I had done wrong!

Try and do as much research about the culture so you know what you are getting yourself into. Be prepared that things will not work perfectly as they seem to do back home!

Talk with Expats in Brazil

If you're not involved in our Brazil Forum, it's a great place to meet others in your area, get answers to questions about moving to Brazil or offer advice to a newcomer.

Expats in Brazil are able to get excellent health care in and many of the larger cities in Brazil. There is national health care available, but expats still strongly recommend private health insuranc...

Gee, I traveled here with my 80 year old Mom and have found the exact opposite is true. We loved it so much, we moved here 5 years ago.People are a lot more friendly here in Rio than in the States. The food is fresh and wonderful, the streets safe and have never had a cross word from anyone or business in 5 years. People everywhere will be courteous and respond to your courtesy with warm smiles. We both speak Spanish and English and have lived in Mexico and the U.S. in big and small cities. We had no trouble learning the Brasilian Portuguese before and after we got here. Rio is a huge city. If you compare the upkeep of any large city to a small town anywhere in the world, I would think the simple town would win. We tried out Bahia and Sao Paolo states as we needed a host of big city resources. We love Rio/Niteroi/Itaipuacu/Recreio and so have every friend and family that have visited us. But then, we knew what we were getting into before we leaped.

Interesting to hear th ecomments of a fellow Melbournian. I am based in Rio though, but lived in SP in 2009.

Interesting to hear the comments of a fellow Melbournian. I am based in Rio though, but lived in SP in 2009.

Get a quote for expat health insurance in Brazil from our partner, Cigna Global Health.
Get a Quote

Brazil Forum
Join our Brazil forum to meet other expats and talk about living in Brazil.

Whether it's the beaches, exciting nightlife or the banking industry that draw you to Brazil, expats seem to truly enjoy life in Brazil. We've pulled together tips from expats in Brazil about learning Portuguese, crime, international schools, renting an apartment and much more. (more)

Our guide to moving to Brazil with lots of advice from expats on the ground.

Expats in Brazil are able to get excellent health care in and many of the larger cities in Brazil. There is national health care available, but expats still strongly recommend private health insurance while living in Brazil. (more)

Real estate listings in popular cities and towns in Brazil. 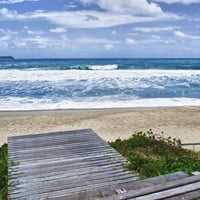