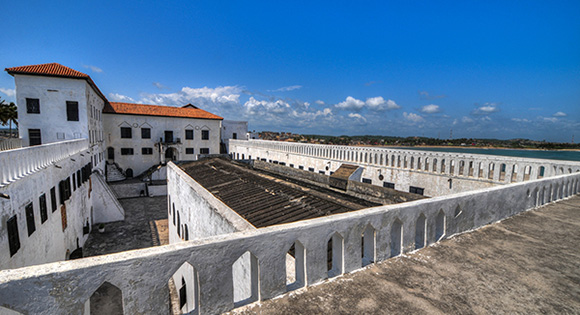 An Aussie Expat offers some great advice on settling in to Accra, Ghana that actually applies to expats just about anywhere.

This is the first country I have expatted in that speaks my native tongue - have previously lived in 3 countries that spoke a different language. In 2 of those countries, I had to learn the new language and was amazed to find I could having always thought I could never learn another language as I failed hopelessly at school. Best thing is to start using your new language as soon as possible even if people do laugh at you, most appreciate your efforts and will help you.

It varies depending on country and circumstances - it is always worse if you are in a hurry to settle quickly rather than taking time to sit back and observe and adjust. Trying to speed things along often creates a lot of frustration. Is also affected by how much support you have in your new country to get settled.

Pretty much but not always separate stages - often can be going through more than one stage at a time and sometimes may change from one stage to another on a daily basis.

I have been away from home for so long now (8 years) I never really feel homesick anymore but I do find myself getting angry and frustrated at not always being able to get things done that should be quite simple, depression from a feeling of powerlessness here as I often have to rely on others and am often taken advantage of. While normally I am quite trusting - I have no faith or trust in people here which badly affects the quality of experience I have here.

People here only tell you what you want to hear not the real situation - leading to not being able to trust anyone.

Best not to be too hard on yourself and go with your feelings - if you are not feeling like an adventure or having a good day - do something relaxing and which you will enjoy - even if it is watching a good TV show or reading a book. Only take on the world when you feel up to it. In the early stages do not rush, make sure you take lots of time out for yourself to keep stress levels to a minimum. Do not try to achieve too much to quickly it only leads to frustration - I set myself the goal of getting one thing a day achieved and anything else is then a bonus.

Get a quote for expat health insurance in Ghana from our partner, Cigna Global Health.
Get a Quote

An Expat Talks about Culture Shock & Living in Accra, Ghana

An Aussie Expat offers some great advice on settling in to Accra, Ghana that actually applies to expats just about anywhere.

An Aussie Expat offers some great advice on settling in to Accra, Ghana that actually applies to expats just about anywhere....

An expat in Accra, Ghana offers a glimpse at life there and advice about housing allowances, cost of living, job opportunities, expat clubs & organizations and more.

An expat in Accra, Ghana offers a glimpse at life there and advice about housing allowances, cost of living, job opportunities, expat clubs & organizations and more. ...
Ghana Guide