Living in Nicaragua > Expat Nicaragua: Leon, Nicaragua - Some Like it Hot!

Summary: Dean LaCoursiere recently visited Leon and describes this wonderful city, a UNESCO historical site, where the temperature is typically above 90 degrees.

Who would be interested in living in a city that is arguably one of the hottest in Central America? And we are not talking about hot in the sense that there is explosive growth, but in temperature! A location that is over 90 degrees practically year-round. A location that can at times in the summer gives new meaning to the words 'hot and humid'. Many people have said, 'Leon Nicaragua, is too hot for me', but there are expats slowly arriving every year, evidently each with their own reasons.

Yes, there are places with even more heat in which to live, and most are located near the equator. But Leon has been around since 1524 when Francisco Hernandez 'the father of Nicaragua' founded it and Granada in the same time period. And actually it is only a couple of degrees warmer than its rival Granada.

It is hard to imagine the sweat that people must have endured in those times to construct these towns. I say towns because as late as 1950 there were only 30,000 inhabitants in Leon. We know that Leon and the more conservative Granada traded the title of capital of Nicaragua several times before the compromise of making Managua the capital was reached in 1858. What I can't say is exactly what made it a desirable place to live in during those days.

Nowadays we can see what makes it a desirable place in which to live. The historical colonial center is almost completely intact. Located here is Central America's largest cathedral. This official UNESCO historical site gives the main plaza a magnificent ambiance. The red tile roofs and high ceilings of most buildings also give Leon an appearance only found in Central America. People are starting to restore the old buildings that by law cannot have the outward appearance changed. This insures the original ambiance will be preserved. The numerous old churches and plazas blessed with shady trees adds to the easy living lifestyle of the expats that chose to live here. Many restored buildings are now restaurants that cater to visitors and locals alike. Something for every budget and taste is here. Leon is definitely on the backpacker's travel circuit as well.

Unlike Granada, here you are only a short drive from the beaches of the Pacific. Poneloya is a twenty-minute drive on a good highway from the city of Leon. This is an ideal place to spend a peaceful day or afternoon enjoying the seashore. There are hotels and restaurants where you can enjoy seafood specialties at affordable prices. Spend the night or just return to Leon after a spectacular ocean sunset. Nearby at Las Peñitas, you have another seaside option. It is becoming more popular as a tourist destination due to the wildlife conservation efforts and with pleasant waters that are good for fishing. Another section of Las Peñitas is blessed with waves that attract tourists for surfing. In fact, several international tournaments have been celebrated on this beach.

Another attraction for the adventurous in the Leon area are the volcanoes. Momotombo, at 4,200', is still considered active although it hasn't erupted since 1905. Back in 1610 an eruption along with an earthquake destroyed the original settlement of Leon. The city was later restarted in its present location. The relatively young Cerro Negro volcano is now the site for 'volcano boarding' an extreme sport where people with the energy to climb up can glide down the volcanic pumas enjoying a sensation that is a cross between snow and skate boarding.

It just takes one visit to Leon to know you are in a special place that feels like it has been forgotten in time. This is where you can just take it easy and enjoy the true culture of Nicaragua. The 600-seat theater in Leon presents various cultural events. A large downtown cinema projects first-run movies at bargain prices. People watching from a sidewalk cafe will fascinate you for hours with many horse-drawn carts included in the mix.

This historical center of Leon is now surrounded by various regular working class neighborhoods. The population of Nicaragua's second largest city is about 200,000. meaning you will have everything you need nearby including three supermarkets. No high-rise building here, and you may choose to buy most of your groceries at the colorful local mercado. You can walk or take a taxi to anywhere in the center for less than a dollar or two.

Heat is one element that can be defeated by insulation and air conditioning. Unfortunately, the cost of electricity in Nicaragua is high. Consider just cooling your bedroom at night and leave the rest of your home ventilated by ceiling fans. Water can be stored in pilas to avoid the occasional 'rationing'. Your comfort can be assured by having a back-up source of electricity also.

Leon is still 'escape artist' territory and may remain so for some time. For those who like their exercise at dawn, know the meaning of siesta, and enjoy going for a stroll at night in one of Central America's safest cities, Leon could be the answer. Although real estate and rent in the historical center has been rising, those with sufficient resources can still cash in on the many 'fixer-uppers' still available. Labor and even skilled labor is very cheap in Leon as in all of Nicaragua. Transform a colonial casa into a well insulated and even luxurious home leaving the standard facade in front to appear modest. Property taxes are also very low in Nicaragua.

After my recent visit to Leon, I put together an outstanding presentation of the colonial center, the first of this quality. Please visit this link to see and experience Leon and remember that some... 'Like it hot!'

Dean LaCoursiere has lived in or visited 12 Latin Countries. Fluent in Spanish and familiar with the cultures he is constantly seeking out places less or undiscovered with expats in mind. Finding low-budget retirement locations is his mission. .

A Year of Nicaraguan Festivals and Celebrations

From San Silvestre Papa in January to Tulululu in May, Nicaragua has more than 200 festivals each year. Casey Callais highlights the best festivals throughout the year.

From San Silvestre Papa in January to Tulululu in May, Nicaragua has more than 200 festivals each year. Casey Callais highlights the best festivals throughout the year. ...

5 Best Places to Retire in Nicaragua

Expats discuss the best places to retire in Nicaragua. From upscale communities on the Emerald Coast to the beautiful city of Granada, Nicaragua is no longer just a haven for surfers.

Expats discuss the best places to retire in Nicaragua. From upscale communities on the Emerald Coast to the beautiful city of Granada, Nicaragua is no longer just a haven for surfers.... 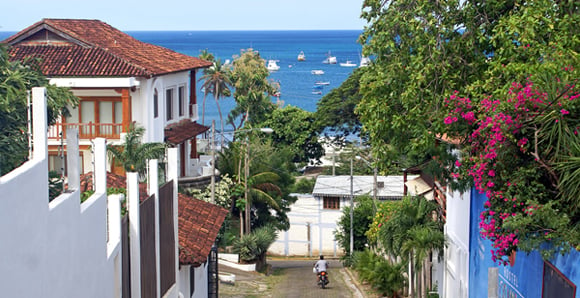 If you're thinking about moving to Nicaragua, you must read these 13 things to know before moving to Nicaragua. Expats offer realistic and honest advice about cost of living, learning the language, poverty, renting vs. buying and much more. 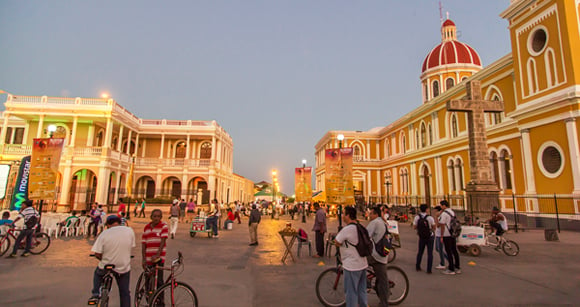 9 Important Tips about Healthcare for Expats in Nicaragua

5 Tips for Living in Granada, Nicaragua

Nicaragua Forum
Join our Nicaragua forum to meet other expats and talk about living in Nicaragua.

Best Places to Live in Nicaragua

Expats discuss the best places to retire in Nicaragua. From upscale communities on the Emerald Coast to the beautiful city of Granada, Nicaragua is no longer just a haven for surfers. (more)

Real estate listings in popular cities and towns in Nicaragua. 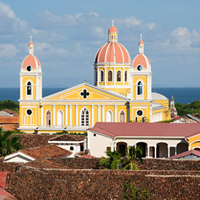 5 Tips for Living in Granada, Nicaragua 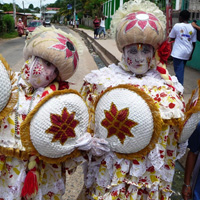 A Year of Nicaraguan Festivals and Celebrations
Nicaragua Guide