5 Tips for Living in Seattle

Read what it's like to move to Seattle and live as an expat in one of the most important technology centers in the world. Expats in Seattle enjoy a unique culture in a gorgeous Pacific Northwest setting.

Expats in Seattle will find a wealth of culture in one of America's most critical technology centers.

Finding a Job in Seattle

An expat in Seattle wrote the following about jobs in Seattle: "Everything exists in Seattle. Of course Microsoft and Boeing are huge. The dot.coms still have a presence... and if all else fails there is tons of opportunity to be a Barista! AND lots of great educational opportunities, if you can't get a job, go back to school! But first establish residency so the UW (University of Washington) doesn't cost an arm and a leg!

In terms of employers in the Seattle metro area, it is true that expats will find a vibrant job market. Amazon and Microsoft do anchor the tech industry, as do the start ups in the Seattle area. There are literally thousands of unfilled tech jobs sitting there waiting for qualified applicants.

There are a diverse set of neighborhoods in Seattle for expats to choose from.

Here are a few that are likely to be of interest to expats:

Ballard is a great place to move for parents that still want to remain connected to Seattle's patented blend of culture and counter-culture. Attracts visitors and locals alike, although some natives find it hard to digest the transformation from more of a blue collar area to a hip (I hate that word), trendy (that one too) waterfront destination. Majestic Bay Movie Theatre, Hiram M. Chittenden Locks - watch salmon return to spawning grounds, and the Sunday farmers market are all big draws, as are the indie bookstores, record shops and the like.

Capitol Hill is another neighborhood that has experienced a great deal of change over the last few decades, but it still maintains its character. Lots of art culture - music, film, theaters - plus great bars and restaurants.

Magnolia is located on a hilly peninsula and offers a quieter existence than other parts of the city. There is limited access to Magnolia via bridges and contributes to its semi-suburban feel.

Wallingford is in North Central Seattle and is near the University of Washington, as well as a significant number of parks and other green space.

Here is why you you should not move to Seattle.

Americans largely think of Seattle as an alternative, liberal culture coupled with high technology. It's location in the Pacific Northwest and waterfront setting also contribute to its culture composition.

The arts in Seattle also play a significant part to the city's cultural identity.

Seattle was the setting for the grunge movement of the 1990s, which had a considerable impact on American pop culture and Generation X in general. Seattle is still strongly identified with this movement and the culture that surrounds it.

There are some international schools in Seattle.

The John Stanford International School in Wallingford is an elementary school that offers immersion in Japanese or Spanish.

Concord International School is a K-5 school in South Park.

Contribute
Help other expats and newcomers by answering questions about the challenges and adventures of living in Seattle. 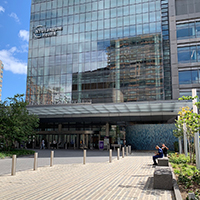 Healthcare in the US 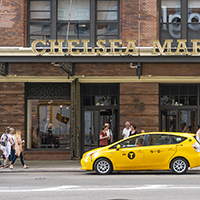 New York City is one of the most "international" cities in the world, but expats there also contend with one of the most expensive costs of living at the same time. Here's what you need to know to get a general idea of what those costs are. 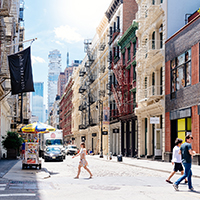 Moving to the USA

Expats who want to move to the USA should do a lot of homework and carefully organize their efforts as they move through the immigration process. This article and the other resources linked will help you develop an understanding of how to accomplish this. 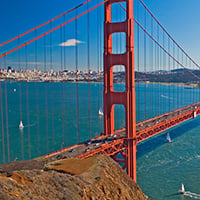 Seattle, United States: Cost of Living, Healthcare and What to Know About Living in Seattle

Contribute
Help other expats and newcomers by answering questions about the challenges and adventures of living in Seattle.