12 Expats Talk About Living in Nicaragua

Summary: Expats in Nicaragua talks about living in Nicaragua - the high numbers of retirees, the kind and welcoming Nicas, the challenges they face learning the language and more. 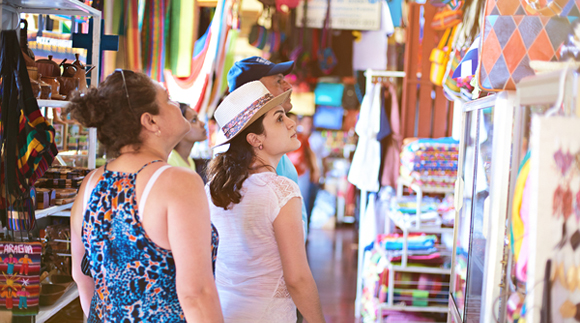 Expats living in Nicaragua talk about the adventures and challenges of moving to Nicaragua. They love the Nica people, the pride they have in the history and culture of their country and how accepting they are of newcomers.

Note: shortly after this article was published, the political climate in Nicaragua became volatile. Check with the US State Department for an update.

"We live in a solidly middle class neighborhood. We are the only gringos. Our neighbors are hard working and very nice. The kids play street ball at night. The Nicas look out for us and will tell us if we are doing anything stupid, no political correctness here. We appreciate their neighborliness. We feel a part of the neighborhood," said one expat who moved to Nicaragua.

"The expat community is largely made up of retirees. There are some who are in small businesses but for the most part everyone enjoys the sea, fishing, boating, walking, jogging, biking and trips to nearby cities to explore the volcanoes, lakes and great food," said one expat living in San Juan del Sur, Nicaragua.

"Many of the expats are retired yet work on many projects especially with non-profits. Some have the usual restaurants, B and B's, bars, hotels and other types of business. For the locals, life is about work and family though it is a poor country with very high unemployment and even higher under-employment. Baseball is the most popular sport followed and futbol (soccer) is the most popular for the children to play," mentioned another expat in Nicaragua.

"Lives revolve around work and family for the Nicaraguan in Leon and family gatherings for birthdays," commented one expat who made the move to Nicaragua.

"Mechapa is a very small fishing village in a remote part of Northwest Nicaragua. It can be considered the polar opposite of San Juan del Sur, Granada and points South. Life here involves the same mix of priorities that we found in Chicago - work hard, spend time with family, an occasional party or gathering and time spent on the weekends for a sports game or special sporting event (Superbowl, World Series, etc.) This area doesn't have any tourism so very little time is spent peddling goods and no time is spent opening tourist shops and the like," remarked another expat living in Mechapa, Nicaragua.

"Miramar is a subsistence community in that most of the population lives day to day. They've been at such a low economic level for a century and that has led to a socio economic belief that there is no value in investing in the future. Often children are encouraged to leave school early to begin looking for work, as an education is not a valuable investment in the future. So day to day life here is finding whatever small resources can be gathered to feed the family for a day and they worry about tomorrow, tomorrow! With that said, there are those locals that see the influx of foreign investors as an opportunity for stable work and see it for the possibilities of climbing the economic ladder. The business owners foster this thinking and we do our best to encourage and support the families development and especially the idea that education is the most important opportunity for their children," added another expat in Nicaragua.

We asked expats in Nicaragua what they appreciated about their new culture. Here's what they had to say:

"I guess the depth of the new culture is what I appreciate most. Especially in the states you are conditioned to think the USA is number one in all aspects and that everyone wants to be like an American. Even in a small country like Nicaragua you find they have just as much national pride, historical richness, musical and artistical creativity, etc," said one expat living in Granada, Nicaragua.

"The loving, kind, generous personalities of all the people I've met. These people (of which there are many) were mostly bi-lingual Nica's with hearts of gold and silver. I think that's why I didn't suffer so much culture shock. I was immediately surrounded by loving / caring people," mentioned another expat in Nicaragua.

The Most Challenging Aspects of Living in Nicaragua

Then, we asked expats in Nicaragua what was most challenging about their new culture. They replied:

"Learning the language has been a challenging but fun task. Nicaragua being a poor country, you are challenged to see things in a new perspective. You first learn there is a huge difference between being poor and having no money. You appreciate how many people live well without money and those that just seem mired in poverty. The average education level here is around the third grade and the education system is so lacking that many people just don't have a lot of common knowledge. The expats know the history here often better than the locals. Once in a while I just want to have a deeper conversation with someone without arguments. The language barrier and level of education often prevents it," said one expat living in Granada, Nicaragua.

"Buying things that I perceive as "necessary" like furniture, basic household stuff etc. You can't go to one store like Walmart or Target or Home Depot and get what you need and go home. It takes LOTS of time, effort and savvy to get the basics of living," mentioned another expat in Nicaragua.

We asked expats about diversity in Nicaragua and whether locals are accepting of differences. They said:

"The majority of the local citizens are Catholic, the remainder mostly Protestant. They are very accepting of all religions," said one expat living in San Juan del Sur, Nicaragua.

"The vast majority of the locals are Catholic as are most Spanish countries. Economically a very poor country with the top 5% having almost all of the wealth. Culturally the locals are not that diverse yet very aware of what is going on the world stage. They do have their own rich culture. The expats are very diverse with the largest group being from the USA but large numbers from Canada and Europe (especially Holland). Being a Central American country, the people that move here tend to be adventuresome, open minded to other cultures, caring and aware of global events," mentioned another expat in Nicaragua.

"There are many christian churches, catholic and protestant like the Baptist church. You will find Nicaraguans are mainly Metis (mix of European whites and aboriginal) with a small percentage of whites. Economically, as in most Central American cities you will see many unemployed and part time employed in the service industries (restaurant, food service, informal economy , etc). They are very accepting of differences although the great majority are traditional; but Leon women wear miniskirts, tight jeans, and reggaeton music is quite popular with the university crowd," commented one expat who made the move to Nicaragua.

"Mechapa is a generally homogenous village. Most people go to the Apostilica church, but not all, and everyone is Nicaraguan (except for Mike and me!)," remarked another expat living in Mechapa, Nicaragua.

"Having lived here for 7 years, there's hardly a face I don't know. There exists though, an invisible barrier, an almost inherent racism in the culture. Given a long history of foreign intervention, particularly by the United States, it's a common assumption that foreigners don't deserve the same rights as Nicaraguan nationals, there's no other word for it than racism/nationalism, it can be a culture shock, but you get used to it and it's an opportunity to start to enlighten those you can about having a more worldly mind;-)," added another expat in Nicaragua.

Expats in Nicaragua may get a free expat health insurance quote from our partner Allianz Care, whose plans ensure that you have access to quality healthcare whenever you need it. Allianz's flexible solutions allow you to tailor your cover to meet your needs and budget. Get a Quote

Expats in Nicaragua may get a free expat health insurance quote from our partner Allianz Care, a leader in international insurance for expatriates. Allianz's plans ensure that you have access to quality healthcare whenever you need it. Their flexible solutions allow you to tailor your cover to meet your needs and budget..

An expat in Nicaragua talks about life in the small fishing village of Playa Miramar. The village has 5 surf camps and about 1000 locals. If you're considering a move to Playa Miramar, you may want to start a business or non profit that gives back to the community.

10 Tips for Living in Nicaragua

5 Best Places to Retire in Nicaragua

Expats discuss the best places to retire in Nicaragua. From upscale communities on the Emerald Coast to the beautiful city of Granada, Nicaragua is no longer just a haven for surfers.

Nicaragua Forum
Join our Nicaragua forum to meet other expats and talk about living in Nicaragua.

Best Places to Live in Nicaragua

Expats discuss the best places to retire in Nicaragua. From upscale communities on the Emerald Coast to the beautiful city of Granada, Nicaragua is no longer just a haven for surfers. (more)

Real estate listings in popular cities and towns in Nicaragua.