10 Expats Talk About Moving to Denmark

Summary: Expats talk about moving to Denmark - from what to bring to Danish culture, finding a job to advice for newcomers. 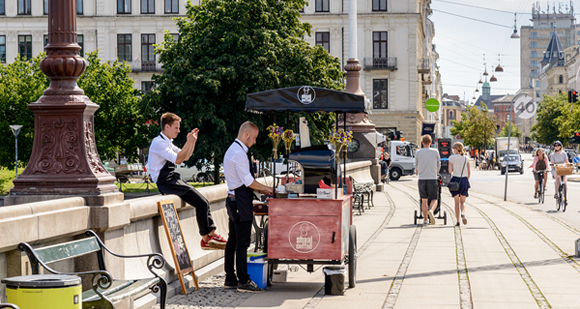 For a country that has earned the title of Happiest Country multiple times, many expats have a much different experience when they move to Denmark.

"Should have left behind my food Processor (We found out that with the electrical conversion from the U.S., some appliances like food processors need more than just a standard converter. We would need to get a converter that is about $100 to use this appliance) Should have brought Cold/flu medicines, cough drops and cough syrup -- these are not available except by prescription in Denmark. (Editor's Note: Always make sure you research the legal implications of bringing ANY medications into a foreign country)," said one expat who moved to Copenhagen, Denmark.

"1. Lots of thermal wear: Unless you are from a polar like region of the States its can be extremely cold in Denmark. The natives may look at you and say, "hey its not cold" I just put my frosty hand on them and they quiet up. 2. Clothes in my (plus) size: This is a major problem is Denmark. I'm not sure if it's movement to keep people thin by not having real plus size clothes available or if it's just that Danes are not often BBWs or BHMs. I'd like to believe its just a untapped market that someone really needs to work on. So if you are a size US size 26 and up bring as much as you can in clothing or be ready to learn how to sew/crochet/knit (something a lot of ladies in Denmark do anyway). 3. Mental compacity to say no to pasteries! I know it sounds like i am making fun but in Copenhagen alone i have noticed there seems to be at least one bakery in every city block (if not on every corner). I often wondered how the population here stays so fit and the answer seems to be the natural tendency of most to bike around. At least thats my logic," mentioned another expat when asked about moving to Denmark.

"Nothing comes to mind ... don't both bringing electronics from NA due to different electrical system," commented one expat who made the move to Denmark.

"I wish I had brought 1. Over the counter medicines; 2. Purchased more all weather shoes and boots before moving; 3. Hair cutting supplies for humans and canines. I wish I had left home several electronic devices that I thought would work on plug converters but didn't (hand blender; hair dryer); 2. high heel shoes -- very hard to walk on cobbled streets in and got ruined in all the rain; 3. summer clothes -- only used for about 3 weeks tops and took up too much storage space," remarked another expat in Copenhagen, Denmark.

Moving to Denmark soon? AGS Worldwide Movers is a leader in the international moving industry. Their experience and expertise allows them to guarantee their clients the best quality moving services. Get a Moving Quote

Moving to Denmark soon? AGS Worldwide Movers is a leader in the international moving industry. Their experience and expertise allows them to guarantee their clients the best quality moving services. Get a moving quote today.

Advice for Newcomers to Denmark

"The people are nice enough, but finding friends is difficult, you really have to be an outgoing person (which I am) and be willing to put yourself through the uncomfortable situation of going to parties to try to make friends and no one there will even try to speak to you. The majority of Danes speak english, but there is a generational gap in the older age (sometimes 50+) and they could care less about communicating with you," said one person who moved to Denmark.

"Copenhagen is a small city but is a gateway to many parts of Europe, make travel a priority to keep things interesting. At the end of the day, it's still a European country and shares many characteristics with its counterparts, although personally I think for expats it's better than the US or UK if you are English speaking for example, although Denmark speaks excellent English and there is hardly a need to learn the local language (at least for a short term stay) However, of course being from the US, I would not rate it as the best expat destination due to its small population and sometimes lack of activities. That being said, it is a great opportunity for immersion in a new culture and to get to know both the country and the Scandinavian culture better. My advice: Denmark is a place where especially if you are from outside Europe or a place where the cost of living is much lower, will be a big change in terms of lifestyle, there are some sacrifices to be made. If you are willing to sacrifice a little, I view it as a great short-term destination, and if you want to stay a little longer, I wouldn’t blame you- Denmark has many appealing factors," said one expat who moved to Copenhagen , Denmark.

Danish Culture is Challenging for Many Expats 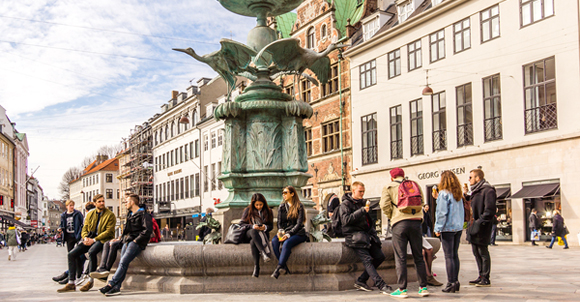 While some expats enjoy Denmark, we have found that the majority find the Danish to be unwelcoming of oursiders. "I never understood how they won the award of The Happiest Country because the people are awful and I can say this I am married to a Dane and am in the process of getting a Divorce. Worst experience I have ever had with people, cold, non-caring, arrogant, rude, just nasty all the way around and the Socialism thought process is one I cannot even understand. I appreciate the US more than I ever have after living in Denmark for over year and half," confessed one woman living in Denmark.

"The awareness that I was in culture shock came upon me slowly. And when I was finally diagnosed with Acute Culture Shock it was far too late to do anything about it. There was significant and irrevocable culture shock. I felt a great sense of betrayal," said one expat who moved to Allover, Denmark.

"Very significant, Copenhagen definitely takes some time adjusting to. From an expat perspective, having a family definitely makes it easier, as some of my colleagues who came here solo have struggled to find people to talk to. Even with a family or an already existing network of friends, it is still quite difficult. There isn't a language barrier but culturally Danes are more reserved, they are quite nice and open once you become close with them but the process of becoming close with them is quite a tough one, so I've been told from many fellow expats," mentioned another expat when asked about moving to Denmark.

Finding a Job in Denmark

If you're searching for a job in Denmark, expats talk about popular industries and how expats find employment.

"It has been very hard for foreign professionals to get jobs in Denmark for a variety of reasons I don't need to go into. The government is slowly streamlining things and relaxing the requirements for professionals, but there is still a lot of resistence. Chemical, pharmeceutical and biotech companies seem to have a big need for well-educated (Ph.D.) scientists. I am talking about places like Novo Nordisk. I don't really know the trends. The professionals I know who came from America all have a different story: this isn't Ireland," said one expat who moved to Copenhagen, Denmark.

"There are a lot of industries in Aarhus, but as it is Denmark's second biggest city, there is a lot of businesses based in or around the city. Danes tend to find new jobs through networking, so jobseekers need to make sure that they are on LinkedIn and/or attending career networking events, of which there are plenty, in the city," mentioned another expat when asked about moving to Denmark.

"Not really educated a ton on this- but I know from within the expat community a large portion work in the shipping, oil and gas, renewable energy, and health and medicine industries, with some also working as diplomats for their home country. Many expats come to Denmark with a job contract and an accepted offer, but if you are looking for a job in Denmark, as often quite a few accompanying spouses do, beware - the job market is VERY difficult, at least from my experience as an accompanying spouse. Many jobs are Danish speaking or require some level of proficiency, and string adjusted to the CV/resume/interview process can be frustrating and confusing," commented one expat who made the move to Denmark.

An Expat Talks about Culture Shock & Living in Copenhagen, Denmark

An expat in Denmark talks about what it's like to move to Copenhagen. Meeting people and making friends isn't easy in Denmark, because Danish people are reserved and take time to get to know. He enjoys the fact that most Danish people are into fitness and healthy eating.

Maybe things have changed a lot in 40+ years, but I lived in Copenhagen for a year in the mid '70s and I'd made half a dozen Danish friends within 2 weeks. I was living in a hotel, so we'd always get together at their places. We'd go to concerts and movies. One time 3 Danish friends and I drove to London and back for a concert. One of my friends taught me how to drive stick shift on that trip, which having learned to drive in the US I'd never done. The food is great. The culture is great. I only came back to the US because my employer went bankrupt.

Get a quote for expat health insurance in Denmark from our partner, Cigna Global Health.
Get a Quote

An Expat Talks about Culture Shock & Living in Copenhagen, Denmark

An expat in Denmark talks about what it's like to move to Copenhagen. Meeting people and making friends isn't easy in Denmark, because Danish people are reserved and take time to get to know. He enjoys the fact that most Danish people are into fitness and healthy eating.

An expat in Denmark talks about what it's like to move to Copenhagen. Meeting people and making friends isn't easy in Denmark, because Danish people are reserved and take time to get to know. He enj...

An expat living in Copenhagen offers an incredible glimpse of what it's to live there. Although Denmark is very homogeneous, Danish people are open to other cultures. The high cost of living and tight job market can make staying in Copenhagen long-term difficult for many expats.

An expat living in Copenhagen offers an incredible glimpse of what it's to live there. Although Denmark is very homogeneous, Danish people are open to other cultures. The high cost of living and tigh...

10 Tips for Living in Denmark

Members share their advice for other expats and newcomers to Denmark... from learning the language to living without a car.

Members share their advice for other expats and newcomers to Denmark... from learning the language to living without a car....