15 Expats Talk About Life in Mexico

Summary: Expats share some insight into what it's like to live in Mexico on a day-to-day basis once you actually make the move and get there.

Expats in Mexico often share their thoughts on what expat life there is all about. Here are some of the examples of how they've advised other people considering a new life in Mexico. 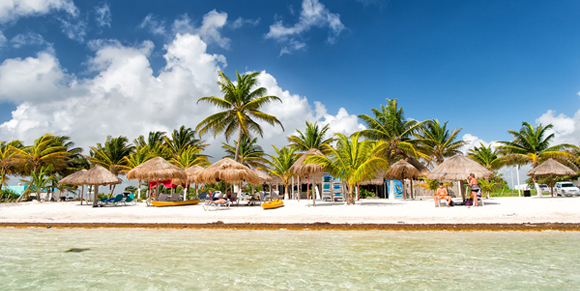 Expats living in Mexico talked about meeting people in Mexico and local clubs and organizations:

"Definitely seek out the Circle of Friends expat organization when you arrive. Although English is used as the main language of conversation, members come from other parts of Mexico and other countries around the world. There is also a group of French speakers in town and some of their members are in contact with Circle of Friends so you can find them that way," said one expat living in Torreon, Mexico.

"If you are working here, start with work colleagues. An organization called MEXPAT also hosts monthly events for expats here," mentioned another expat in Mexico.

"Just talk to people in Spanish anywhere you happen to be. I'm not a club person or organized. Haven't met any other americans here," commented one expat who made the move to Mexico.

"There are several local charities you can get involved in, to meet expats and locals, from animals, toy drives, school drives - whatever your interest. There is also the English Language Library in Merida that has many interesting programs," remarked another expat living in Chelem, Mexico.

What is it like living in Mexico? Here is what people had to say:

"Because we live in a border region, people's priorities generally revolve around family and work, in that order, then friends, socializing and sports," said one expat living in Tijuana, Mexico.

"People tend to work long hours during the week, not much on the weekends which is generally reserved for families. If you have kids you will be invited to tons of birthday parties, parents are expected to attend, not just drop the kids off. The parties are quite extravagant compared to the US," mentioned another expat in Mexico.

"This is Purepecha country. Of course, people's lives revolve around their families, taking care of their farm animals, and socializing in centro's 2 plazas. Growing and selling vegetables and fruit is a priority," commented one expat who made the move to Mexico.

We asked expats in Mexico what they appreciated about their new culture. Here's what they had to say:

"I appreciate the "family unit" the most. It mirrors the way things must have been with early migration to the U.S. during and after WWII. I love the ingenuity of the Mexican people. I enjoy seeing their appreciation when you show enthusiam for a job well done. I love that the women cook everything from scratch....little if any pre-cooked foods. Most of all, I truly enjoy the simplicity of life. I find I have a smile on my face most of the time. No Drama (except for the novelas)! Life is good," said one expat living in Tequisquiapan, Mexico.

"The love of family. The societal urge to celebrate everything and anything possible. The pace of life. The priorities of day to day living. I love the way we greet each other. I like the impromptu-ness of life here (unless I'm in the frustrated stage from above)," mentioned another expat in Mexico.

The Most Challenging Aspects of Living in Mexico

Then, we asked expats in Mexico what was most challenging about their new culture. They replied:

"The utter lack of punctuality. The casual approach and the scandalous leeway business and professionalism are given. The poverty, perhaps, is the most jarring of them all. Be prepared to be galvanized by it," said one expat living in Guadalajara, Mexico.

An Expat Talks about Culture Shock & Living in Merida, Mexico

An expat in Merida talks about the culture shock she experienced moving there. She loves the family-oriented people, their celebrations and laid back lifestyle.

Crime in Mexico: Where are the Safest Places to Live in Mexico?

Where are the safest places to live in Mexico? The most unsafe areas are well-covered in today's news headlines, but those considering a move to other cities or towns in Mexico should carefully research their possible destinations, talk with other expats and visit before they move. This article highlights members' recent discussions and comments about crime and safety in popular expat locales and some off-the-beaten path destinations. If you live in Mexico, we encourage you to submit an update on your city or town.

10 Tips for Living in Mexico

Is it safe to live in Mexico? What should I bring with me to Mexico? How can I find a home? Expats offer advice on these and other topics.

Mexico's lower cost of living, beautiful weather and warm, welcoming culture are a big draw for people looking to live abroad. However, Mexico's ever changing security situation impacts where expats choose to move. Here are 5 of the best places to live in Mexico based upon recent expat reviews.

Mexico Forum
Meet other expats and talk about living in Mexico.

Best Places to Live in Mexico

Cost of Living in Mexico

Pros & Cons of Living in Mexico

Contribute
Help other expats and newcomers by answering questions about the challenges and adventures of living in Mexico.

10 Tips for Living in Mexico

Is it safe to live in Mexico? What should I bring with me to Mexico? How can I find a home? Expats offer advice on these and other topics.