9 Expats Talk about Living in the Dominican Republic

Summary: Expats talk about what it's like living in the Dominican Republic - the culture, meeting people and the complex racial attitudes of locals. 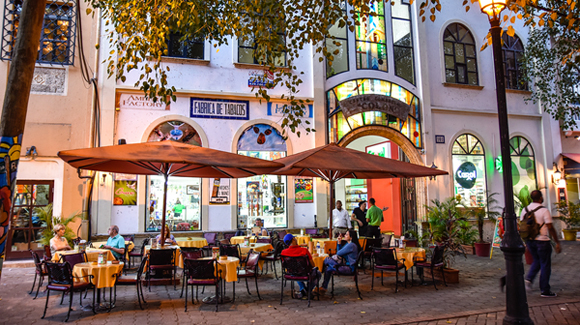 Expats talk about what it's like living in the Dominican Republic - the family-friendly Dominican culture and how learning Spanish helps you make friends. The racial views of some locals and how that impacts expats are also discussed.

Expat Life in the Dominican Republic

Expats living in the Dominican Republic talked about the culture in the DR and what peoples' priorities are:

"I found that in the city, most people are just trying to make a living. Family is also very important. The weekends are meant for socializing," said one expat living in Santo Domingo, Dominican Rep.

"Luperon is a small village the boaters come and stay weeks months and some years. The bay is a hurricane whole to wait out bad weather and haul your boat. Several boaters have retired and moved ashore," mentioned another expat in Dominican Rep.

"Yes! Just like most major cities. People are up early going to work or school. The proiorities in Santo Domingo are ME FIRST!! People here have total disregard for traffic laws and signals. If you are being helped by a customer service person at a bank or store, people will interupt and start talking to the service person as if you are not even there. If you are waiting in line, people will walk right up next to you and jump the line, thinking nothing is wrong with this," commented one expat who made the move to Dominican Rep.

"The culture revolves around home and community, it is one of the things I love about this country. It can make living here and getting things done a challenge. Embrace it as much as you can and learn to go with the flow when needed, and learn when to put your foot down!!," remarked another expat living in Santo Domingo, Dominican Rep.

Making Friends in the DR 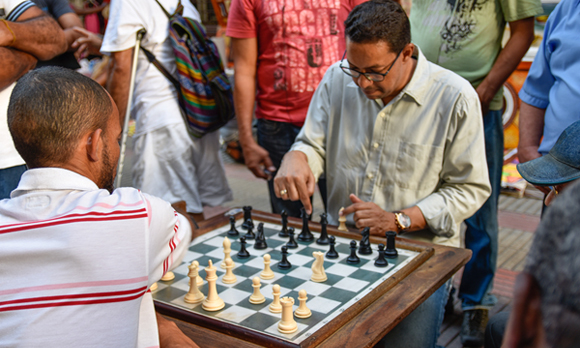 Expats talked about the best ways to meet people in Dominican Republic:

"First thing I do in any place is look for the Expat hangouts and sit and chat. I also look for a country/area specific website to make acquaintances. Works for me and I now have parties on 4th of July, US Thanksgiving and Easter Sunday to gather all the expats I can. I get from 125 to 175 people at my events 3 times a year. Great place for networking and making friends and getting to know your new country," said one expat living in Sosua, Dominican Rep.

"I recommend people to take Spanish. It is a great place to meet people and you will be able to communicate with the locals," mentioned another expat in Dominican Rep.

"Take some Spanish classes, Join the Facebook group "The Santiago Healthy, Wealthy and Wise" go to meetup.com and join the santiago healthy wealthy and wise group. If you have a business join the Chamber of Commerce," commented one expat who made the move to Dominican Rep.

"Sign up for a course in speaking Spanish at the Dominican Americano School, located on Antonio de la Maza in the block below Ave Abraham Lincoln. There you will meet Dominicans who are enrolled to learn English, giving you both something in common. Many who are there are willing to tell you about their culture and give you the do's and don'ts as to how best to avoid trouble and where to go socially. Other places are the bigger Malls and supermarkets and the Metro which is the new subway line," remarked another expat living in Santo Domingo, Dominican Rep.

"Any expat groups, spanish lessons at a qualified school. Join a dance group, a walking group and kind of group that gets you out meeting others," added another expat in Dominican Rep.

Diversity in the DR

In a discussion about racial views by locals on the Dominican Republic forum, one man considering a move to the DR inquired "I'm white and my wife is black. We married later in life, and neither of us ever had children. She had heard that the nationals were very racist against even darker skinned Dominicans. Can someone please tell me if this is true." One member replied, "Racial attitudes in the DR are quite complex due to the country's unique history and racial makeup. They do not correspond to racial attitudes in the US. Many books have been written trying to make sense of them. (Try Google or Amazon.) To oversimplify, most people in the DR are mixed race, ranging from very light to very dark, often in the same family. At the same time, the richer classes tend to be lighter and the poorer classes tend to be darker. Outright discrimination based color is rare, but the socially ambitious, especially women, tend to straighten their hair and afros are rare. Neighborhood and social segregation is based on wealth and social class, not race. Many Dominicans, especially the upper classes and socially ambitious, save their racist attitudes for Haitians, many of whom are undocumented immigrants working in menial jobs."

"I found a lot of diversity in the city, in all areas. It reminds me a lot of NYC, with all kinds of people living and working together," said one expat living in Santo Domingo, Dominican Rep.

"Local Dominicans accept you for what you are except that if you are white you are very rich and they expect you to be generous, Don't be," mentioned another expat in Dominican Rep.

"People are very accepting, and the community is very friendly and like tourist," commented one expat who made the move to Dominican Rep.

"Yes they are diverse. No, they are not as accepting of people who are different. I noticed there is racisim among Dominicans. The Dominicans who are light skinned in complection have this air of aristocrocy about themselves, as it relates to dealing with dark skinned Dominicans. Light skinned Dominicans are perceived to be well off financially and the dark ones are the poor and uneducated people. This is not true, but this is the normal thinking among Dominicans. If you are Anglo/White, you are considered wealthy. If you are American Black or White, that trumps any Dominican in social and economic status," remarked another expat living in Santo Domingo, Dominican Rep.

Be prepared to adjust. Be prepared to be frustrated and to want to smack your head into the wall. But also be prepared to find the small joys here!! The people are remarkably friendly and helpful.

10 Tips for Living in the Dominican Republic

5 Best Places to Live in the Dominican Republic

12 Things to Know Before Moving to the Dominican Republic

Expats in the Dominican Republic offer tips for newcomers and others considering a move to DR. Advice about the best places to live in DR, health insurance, driving, renting vs. buying, electricity, going green and more.

Get a quote for expat health insurance in Dominican Rep from our partner, Cigna Global Health.
Get a Quote

Expats in the Dominican Republic offer tips for newcomers and others considering a move to DR. Advice about the best places to live in DR, health insurance, driving, renting vs. (more)

Whether you're considering living in the Dominican Republic full- or part-time, this beautiful country boasts the Caribbean's largest city, Santo Domingo, virgin beaches in Barahona, yachting enclaves on both the north and south coasts and the bustling resort town, Punta Cana. (more)

10 Tips for Living in Dominican Rep