10 Expats Talk about What It's Like Moving to the UK

Summary: Expats talk about what it was like moving to the UK. Topics covered include meeting people, NHS, culture shock and more. 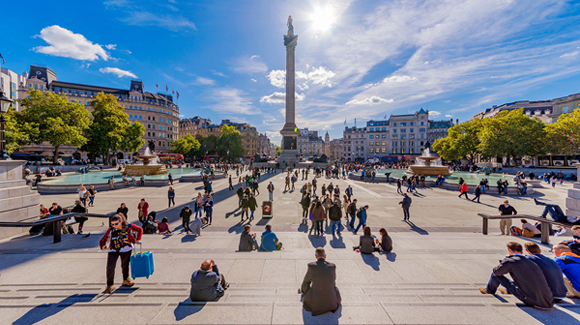 If you're moving to England, you'll have the advantage of knowing the language, but there is still a lot to learn. 10 expats talk about what they wish they had known before moving to the UK.

Meeting People in the UK

Expats living in UK talked about meeting people in UK and local clubs and organizations:

"The Cambridge Executive Club is an over 40s single club with lots of activities each month & it doesn't cost but 10 pounds a year. There are lots of volunteering opportunities in town with numerous charities & hospitals. Health clubs are excellent, too. For the young adults, there are plenty of night clubs," said one expat who moved to Cambridge, UK.

"I joined the local catholic church and tennis club. I find it harder to meet others this way, however have some friends from work that we hang out with. I would recommend gyms, clubs, etc," mentioned another expat when asked about moving to UK.

"Because of the sheer diversity of London's people, simply going down to a local pub will offer you many opportunities to socialise and make new friends," commented one expat who made the move to UK.

"I would recommend finding a congenial neighborhood pub. It is a wonderful place to make friends and find out about local news. Join a class (I take dance with new friends), get involved in nature activities like hiking clubs, photography clubs or birding. Don't be afraid to talk to people and don't be nervous about not understanding every word the first time! Yorkshire accents are quite hard to decipher until one has lived with it for a while. Enjoy the differences instead of dreading them. Relax and people will enjoy your company and ask questions about where you are from," remarked another expat in Driffield, UK.

"There is a BME Black & Minority Forum that meets every tue at lunch time in the Badger center.. it is a good place to start meeting more expats... they have free English classes if needed and have lots of excellent activities... Weston Super Mare is more multicultural than other parts in Somerset. There is an African Shop where I found out plantain and beans :) happy days!!!," said another expat in UK.

"Join The Leeds Library (private) because the public libraries are not so hot. Hang out in local cafes and you soon meet the regulars. Same goes for pubs. Take classes at Swarthmore or any number of colleges," remarked another expat who made the move to UK.

Moving to UK soon? AGS Worldwide Movers is a leader in the international moving industry. Their experience and expertise allows them to guarantee their clients the best quality moving services. Get a moving quote today.

Advice for Newcomers to the UK 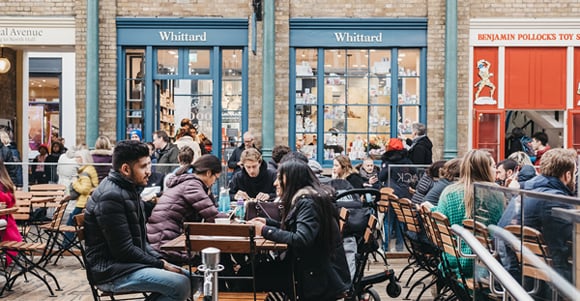 "London is definatley a love it or hate it city. After travelling through many countries in all continents, i have to say that London is the city that offers the most. It is almost as if a bit of every part of the world is present here. It is very expensive- where ever you come from, especially rental costs," said one expat who moved to London, UK.

"I would advise them to research East Yorkshire and it's history and geography. I would ask them to be open to new ways of living (small rooms, electrical and plumbing not familiar, etc.). I would advise them to consider commuting by train or bus for work in one of the larger cities. I would encourage any newcomer to be friendly and open with their new neighbors," mentioned another expat when asked about moving to UK.

"Depends from where you are moving.. if its from abroad... English culture is a challenge, it takes a lot of time to make real friends, but once you are in, you are in!!! :)," commented one expat who made the move to UK.

"Think carefully of what part of the city you would want to live in. Public transport is good but most people drive their own vehicles. Parking is scarce however," remarked another expat in Leeds, UK.

"London takes time to know and understand, as do Londoners. Do not take our common language for granted - it takes effort to make friends and to settle in, learning English rythms, ways of seeing the world. Do not mistake friendly responses for friendship; in most cases, it's simply their being polite. Be patient and you will eventually feel as though you're accepted," said another expat in UK.

"I would tell them to either buy a bike or rely on public transportation. Parking and car ownership in and around the city can be expensive and frustrating. I would also say expect to spend more on housing here as it is a city in demand," remarked another expat who made the move to UK.

We asked expats about the culture shock they experienced when they moved to UK. They replied:

"Very minimal. There are many differences but none that are radically different from US. Biggest adjustment has been learning to deal with the work culture here. Overall, communication is much less effective and much more hierarchical. Extremely challenging to deal with given the fact that, back in the US, I worked in a very "flat" business (same company) with pretty good and effective communication practices," said one expat who moved to Hereford, UK.

"There is always something you weren't expecting. A lot of Americans find they miss the food (especially Mexican-type) but that wasn't such an issue for me. When I first arrived the culture reminded me of what the US was like when I was a child. But now it all seems much more Americanized with a lot more cars, American TV shows and so on," mentioned another expat when asked about moving to UK.

"Well, I have only been here less than 2 weeks So am just starting to realise distinct differences. Some I like a lot some are a bit frustrating at times. But just a matter of getting used to....," commented one expat who made the move to UK.

Healthcare in the UK 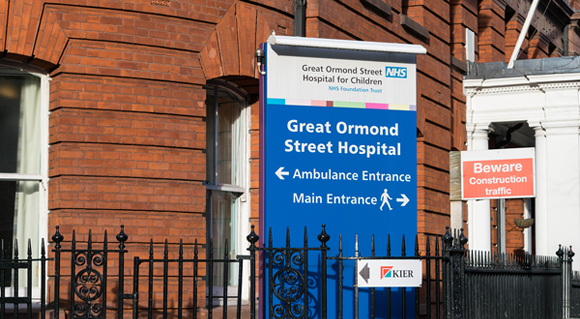 "I'll move to the UK in a few months and I'm having some problems understanding how NHS works. What does NHS include as services (I know about the GP but what else)? how does is work if I have to get admitted to the hospital?," asked a newcomer to the UK.

Another member replied, "If you're trying to figure out what NHS covers, their basic website does include a good amount of information. One really important thing to note is EVERYTHING has to go through your GP. Everything is referral based, so you go to your GP, and they'll send out a referral to whatever doctor. As a note, this adds a lot of admin time and in general, I found it to be a long (very long) waiting period between my GP appt and actually getting in to the referred doctor. For example, I hurt my back badly over the summer, I ended up in the A&E (emergency room) half a dozen times over the last 7 months, and had been going probably every 2 weeks to my GP, getting referrals to various therapy sessions, MRI, specialists, etc., and just recently have gotten most of it settled. Also, almost all of it was covered by NHS, the exception being that I went to a few private doctors, which aren't covered by NHS but the wait time was 2-3 weeks instead of 2-3 months. I found it extremely challenging because it's very different than the US heath care system that I am used to, and to be honest I have very little support and it felt like I always got runaround when I'd have questions. Since NHS is free and open to everyone, people tend to be more open to going in for smaller issues (vs. in the US, with copays and such, in my experience you try to avoid paying so much extra.). Your specific question about hosp admittance, I don't know about long term, but I was in the A&E and there was no charge (vs. US emergency room, I was usually charged $500 minumum)."

An Expat Talks about Moving to Sheffield, UK

An expat in discusses renting a home in Sheffield, England. The red tape involved in finding a rental can be challenging (i.e. a 3 year history of utility bills) coupled with the high cost of housing.

An Expat Talks about Culture Shock & Living in Leeds, UK

An American expat in Leeds appreciates the NHS and good public transportation, but has had difficulty finding a job of a similar level to what she had in the US and adjusting to the expensive housing with limited storage.

Get a quote for expat health insurance in UK from our partner, Cigna Global Health.
Get a Quote

An Expat Talks about Culture Shock & Living in Exeter, UK

A British "expat" in Exeter describes the culture shock experienced while settling into the UK after living in Canada and the U.S. for most of her life.

A British "expat" in Exeter describes the culture shock experienced while settling into the UK after living in Canada and the U.S. for most of her life....

An American expat in London offers some advice on what it takes to get settled in the UK's capital city.

An American expat in London offers some advice on what it takes to get settled in the UK's capital city....