7 Expats Talk About What It's Really Like Living in India

Summary: Expats in India talk about what it's really like living in India - the amazing food, friendly people, traffic, local markets, beggars, touts and more. 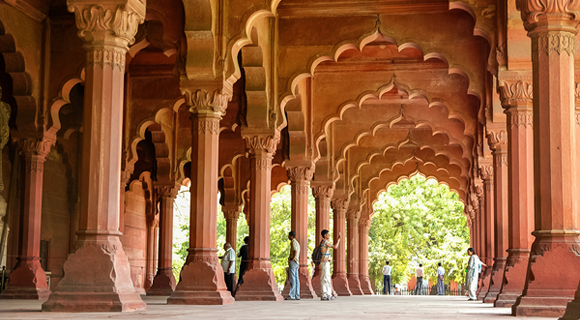 For some expats, they reality of living in India is better than their expectations. For others, it's the opposite. Expats in India talk about what it's really living in India - the good and bad.

We asked expats about the culture shock they experienced when they were moving to India. They replied:

"Huge--mostly in the food shopping area because the sanitary conditions are a nightmare. I lived in Bandra and we were shown HyperCity - pretty nice hypermarket/homestore, but that was 40 minutes (with traffic) each way to our apartment. I knew there was just no way I had to travel that far to get eggs and milk and then was told about Pali Market, went with a friend knowledgeable about where/who to buy from and just accepted this is India," said one expat.

"Not as much as we expected. Travel books and a couple of other books we read about westerners in India led us to believe it would be worse than it has actually turned out to be. We do get stared at in the street and we are targets for beggars who pay us a little more attention than they do natives but Pune is a city of 5 million people and overall beggars haven't been any more problematic than they are in a similarly sized city in the US. My wife had her arm grabbed once by a beggar but turning and saying a stern NO did the trick. No bad experiences yet with touts. There are plenty at the aiports, but again hardly worse than at JFK or LaGuardia. Touts around the world try to take advantage of the unprepared. Higher prices for foreigners are the norm. Sad but true. It's not as if they are rooking me of a lot though. 10 or 20 rupees on a purchase at a market where prices are massively lower than the US isn't going to break the bank - it's not like a tourist buying a Coke in London! We have learned to haggle and we are ready to go somewhere else if the price doesn't seem right. There is a lot of trash on the streets that is hard to get used to. Plenty of poverty. The contrasts between the haves and have-nots is huge here. We just try to remember that our contributions to the local economy is doing something. Nothing prepares you for the roads and traffic," commented one expat living in Pune, India.

"The culture shock I experienced wasn't as significant as I had expected, mostly because of the location. Mussoorie is a former British hill station, so there's a little bit less of the Anglo fascination and harassment. Most shops here are fixed-price, many people do speak English, and it tends to be fairly clean of some of the 'issues' experienced in other Indian cities (touts, beggars, etc)," commented an expat living in Mussoorie, India.

"Pretty bad. I cry a lot and wonder what I got myself into. I am opening up an office for my company in Mumbai. I'm 27, and feel very much out of place even though my parents were born in India and I have some family there," confessed one expat living in Mumbai, India.

"I experienced very little culture shock as I'm married to a British citizen and have traveled overseas. I expected to not understand anything and in turn enjoyed almost everything," explained one expat living in Mumbai, India.

A Warning for Expat Parents with Young Children

"One bit of warning to those with small blonde children--especially girls: you WILL have strangers trying to touch, take pictures and even kissing your kids. I wish I could say otherwise, but too many friends have caused near riots on the public areas (not in the expat areas) with their blonde kids. Stay where the expats are or put a hat on the kids so the locals can't see the hair color. The locals are so excited to see these unique children, but it can get aggressive with people trying to take pictures. It's incredible," cautioned one expat living in Mumbai, India.

"People touching or picking up my 4 year old daughter without asking her or I if it is okay. Perhaps it is cultural, however I do not see people doing it to small Indian children. My child has become frightened and I have become more persistent in swatting away hands," commented one expat living in Gurgaon, India.

We asked expats in India what they appreciated about their new culture. Here's what they had to say:

"The food. The food. The food. The amazing things you can get in the markets/shops from scarves to carvings to jewelry. People are very friendly if you smile when asking for help. My friends who helped us adjust that became the closest we've ever had. Oh, and Bollywood. Its absurdity/dancing is just a lot of fun and I bought a few movies and will keep up with the celebrities," commented one expat living in Mumbai, India.

"Shopping at the smaller shops is fun. Mostly prices are marked and we often go with friends who also make sure we don't get unduly ripped off. We food shop at a variety of places. If we are hungry for some home-style food then high priced supermarkets that cater for expats have to be used. Mostly, we use the smaller supermarkets that locals use (often with helpful tips from neighbors who tell us what time fresh veg is delivered so we can time our visits. We also often buy from markets and street vendors. Naturally, we wash the produce thoroughly. We always buy flowers from street stalls. We find that quality and life of the flowers is invariably better than from the supermarket back home. The people are mostly very friendly and also openly curious. That's different to westerners but also enjoyable," commented one expat living in Pune, India.

"There is a cheerful religious freedom that I have never seen anywhere else - Sikh gudwaras next to Muslim mosques, Buddhist temples, Christian churches, Hindu temples. The variety of food, particularly vegetable-based, is great: even if you're not vegetarian, it's worth trying and usually tastes better than the meat dishes," commented one expat living in Mussoorie, India.

"Delivery service for everything. My dog got sick and a vet came to the house. I order almost all my groceries. With the help of my Indian friends, I got a cook and maid at current rates instead of expat rates. My Mumbai dentist has equipment better than my dentist did at home. Once I figured out how to get around, I now ride rickshaws everywhere," commented one expat living in Mumbai, India.

Moving to India soon? AGS Worldwide Movers is a leader in the international moving industry. Their experience and expertise allows them to guarantee their clients the best quality moving services. Get a Moving Quote

Moving to India soon? AGS Worldwide Movers is a leader in the international moving industry. Their experience and expertise allows them to guarantee their clients the best quality moving services. Get a moving quote today.

The Most Challenging Aspects of Living in India 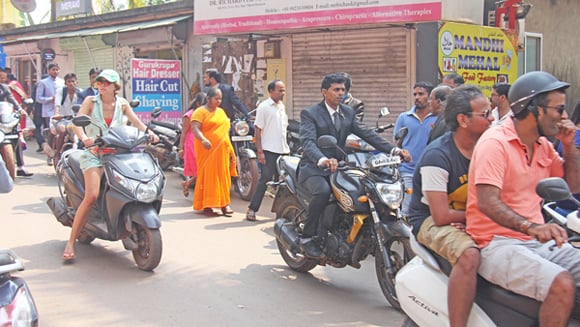 Then, we asked expats in India what was most challenging about their new culture. They replied:

"How cheap it is, lack of respect for others, extreme inefficiencies, lack of cleanliness," said one expat in Mumbai, India.

"Traffic, pollution, food quality if you eat western style (forget pork, cheese and beef unless you're prepared to pay a fortune at a quality places like Sante's in Bandra, or the 5-star hotel delis). Beef anywhere else is buffalo, pork is... not good. Cheese barely exists past the (fantastic) paneer. Maybe you can get cheddar, but not much else," commented one expat living in Mumbai, India.

"Language. Having to plan quite carefully for evenings and weekends. We (and most expats) have a driver and once he has gone home we are restricted to the local neighborhood. We are fortunate insofar as a lot of restaurants and shops are within walking distance but we have colleagues who are pretty isolated once their driver goes home. We miss being able to be spontaneous and just go for a drive later in the day, or just go to a restaurant the other side of town or have an evening drive to the hills to watch the sunset. We miss that quite a lot," confessed one expat in Pune, India.

"The status of women - despite equality being spoken about, it's clearly not reached everywhere and every strata of the society. I've been harassed in Delhi and here in Mussoorie, and the fact that as a white woman I'm stereotyped, and thus don't feel safe walking alone, is awkward. Wearing local clothes and speaking some Hindi helps, but not always enough," explained one expat living in Mussoorie, India.

An Expat Talks about Culture Shock & Living in Mumbai, India

Moving abroad is challenging, but moving with an illness is an even bigger challenge. An expat talks about her experiences moving to Mumbai. She looks forward to not having to work in India so that she can focus on getting well.

An expat living in Bangalore for the second time talks about what it's like living there, international schools, Indian weddings, Bangalore's friendly people and more.