Summary: From lower cost of living to affordable healthcare and beachfront living, expats discuss the top reasons they moved to Central America. 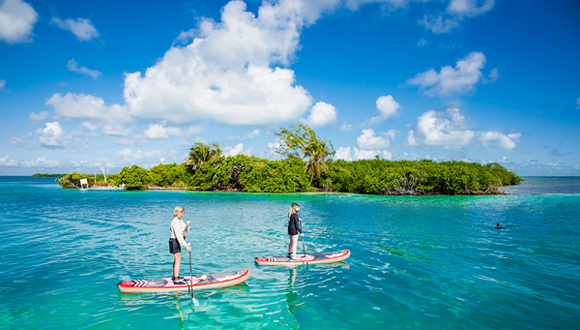 Note: at the time this article was published, the political climate in Nicaragua was volatile. We would not recommend moving to Nicaragua at this time.

"With a high and low class society it is difficult to provide priorities. The favorable sport is soccer (futbol). Family life and extended family life is active in El Salvador, no matter what class. Work ranges from bank employees to street vendors," said one expat living in San Salvador, El Salvador.

"The locals work hard and have lots of festivals. They honor the old folks, thier heritage, and way of life. They take time for coffee, for conversation. They are more then willing to show you and teach you and help you to find your place in their society. If you even try to speak spanish they admire you for that and even try thier hand at English or apologize for their lack of. Everyone says hello, waves, nods, gives recognition, an old fashioned thing that I missed in the U.S," mentioned another expat in Panama.

"Family life is very important to the Salvadorans. Work dominates during the week and Saturdays for those that have to put in a 6 day work week, but you see families spending time together whenever possible. It's one of the things I like most about living in Latin America. I am very fortunate that I have been dating a Salvadoran for most of my stay. She has a large extended family which I have been adopted into," commented one expat who made the move to El Salvador. 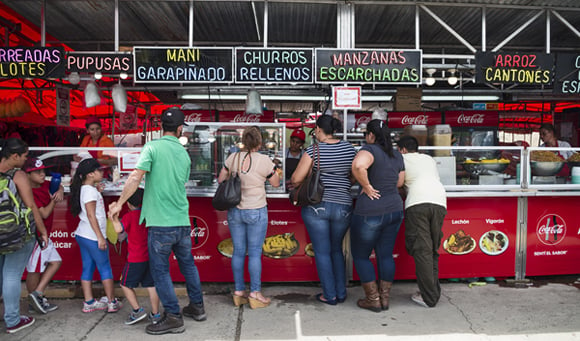 The quality and cost of healthcare in Central America varies greatly from country to country, city to city. Living in close proximity to high quality emergency medical treatment and specialists is an important consideration for most people moving to Central America. For more information about healthcare, read our Healthcare & Health Insurance Tips articles for: Costa Rica, Belize, Panama, Guatemala, Honduras and Nicaragua.

"Yes, Belize City has the three best hospitals in the country. For simple things they are very good and cheap compared with the US, but for cancer that sort of thing people go to the States. You can get private medical insurance as a member of the Caricom, which in our case includes treatment elsewhere, if it is not available here in Belize. People who don't have medical insurance, use Guatemala City, Merida, Mexico, or Panama for medical procedures. For members of the public, using public health centers and hospitals the waits can be very long and the care, patchy. I would not suggest people come here with terminal illnesses, as Belizes not equipped to deal with that," explained one expat in Belize City, Belize.

"The area has several local physicians which offer quality care. Additionally, specialized physicians in the area of dermatology, dental, obstetrics, psychology visit the area once a month from the Central Valley. Excellent medical care is available in the Central Valley 90 minutes from Hermosa and Jaco," said another expat living in Playa Hermosa de Jaco, Costa Rica.

"Yes, Panama has first world medical care but also has third word cares and everything between," commented another expat living in Potrerillos, Chiriqui, Panama.

"A better doctor than I had for the past 30 yrs in Canada runs the FREE clinic in town 10 minutes away. Ambulance in our community 3 minutes away. Good hospitals in San Salvador 1 hour at a fraction of Canadian prices," added an expat in La Libertad, El Salvador.

"My insurance provides coverage at Hospital Biblical, a private hospital with an excellent reputation. It is not close: two buses and a short walk. Or a 6,000 colon cab ride ($11.50). Minor things like colds, infections, etc I go to the pharmacy," said one expat who moved San Jose, Costa Rica.

"Health care is either middle-rate, or world class, depending on how long one wishes to wait, and how much $$$ you have. No Medicare, of course, and Tricare (military coverage) is available, but not widely accepted," explained one expat living in Boquete, Panama.

"There are several English speaking doctors in our area and clinics. The nearest major hospitals are about an hour away in Panama City but there are small hospitals closer to home. My last visit to the local ER cost $31 in total for X-rays, IV meds and Doctor consult. My ER co pay in the US was $75. You do the math," said one expat living in Nueva Gorgona, Panama.

We asked expats in Central America what they appreciated about their new culture. Here's what they had to say:

"You can slow down and enjoy life. I love how people are so friendly and take time for one another," said one expat living in Tegucigalpa, Honduras.

"The laid back.... it will happen when its meant to happen attitude. You can't help but relax. The food...... wholesome and homecooked. The friendliness of the people. The ability to communicate in English makes living here so easy. The multicultural aspect of residents and tourists that you meet every day from all different countries. Conversation flows, and is a constant learning opportunity," mentioned another expat in Belize.

"People are warmer and will often go out of their way to help, even people I hardly know," commented one expat who made the move to El Salvador.

"The cost of living is less than most tourist towns. For example if you own a restaurant in a non-tourist town and your food is not good or overpriced, you will quickly go out of business. Yet many well know restaurants are located in Ojochal. Water is abundant and you never need heat and most don't use AC. The temperature is more temperate than many other areas in Costa Rica, because the largest lowland forest in all of the entire Pacific region starts in Ojochal and continues to the south. The largest mangrove estuary in all of Central America is just to the south as well - so there is lots of clean air. The newest hospital in the CAJA system is located just two towns to the south in Cortez -- so healthcare is close and inexpensive," said an expat living in Ojochal, Costa Rica.

"Cost of groceries is good, especially when buying local produce. Some meats, sugars, and grains are price controlled and can be very inexpensive. Compared to my home area of rural Ohio, food expense is about the same. Cost of electricity at our house is less than $25.00 per month, and we use the air conditioner some mid-days. Usually ceiling fans provide more than enough comfort. Gas tanks are used for cooking, and the one tank we purchased for $25.00 has yet to run out after 7 months of use," commented another expat in Pedasi, Panama.

"As mentioned, it is low for the basics. If you can be happy on a Mayan diet, rice, beans, tortillas, a bit of chicken or pork, eggs, it will cost almost nothing (because the indigenous are a very poor people). If you have to have Campbell's soup or quality tuna fish, you will pay a premium over the prices back home. If you are not an electricity hog, your daily electric bill will be low. Water is not a typical bill as it depends on your source. Internet is pricey and if poor quality. Rents can be found for very cheap. Best to look at Facebook pages for the villages around the lake for a true sense. You can find rustic to luxury. The real estate agents will get good properties but at a high cost (but still lower than 1st World)," said an expat living in Lake Atitlan, Guatemala.

An expat in Guatemala shares her story about the impact of a relocation to San Juan La Laguna. Read this informative report to learn about her experiences and and what one can expect from a move to Guatemala.

An expat in Playa Hermosa de Jaco, Costa Rica says newcomers learn to relax, slow down and enjoy the carefree beach life in Jaco. Expats and locals love to surf, have picnics on the beach, go the the feria (farmer's market) on Friday mornings and choose from the diverse selection of restaurants.

Costa Rica has a lot to offer expats with its tropical climate, eco-friendly culture, beautiful beaches, welcoming people, good healthcare system and relative safety. Many expats warn newcomers about the high cost of housing and food. In this updated version of the best places to live in Costa Rica we cover many more locations such as Playa Flamingo, Nosara, Lake Arenal, Jaco Beach and Ojochal.

I see these people saying medical care is a fraction of that in the US, but who pays retail in the US? you are shielded from the true cost by an HMO oerMedicare. here you pay the whole enchilada, which is often going to be more than your copays back home. For example, I paid $200 copays for a crown and root canal in the US. Here I paid $400.

10 Tips for Living in Barbados

Barbados recently introduced the 12 month Barbados Welcome Stamp to enable people to easily live and work on the island for up to 12 months. The online application is probably the easiest and quickest process we've ever seen.

Barbados recently introduced the 12 month Barbados Welcome Stamp to enable people to easily live and work on the island for up to 12 months. The online application is probably the easiest and quickes...