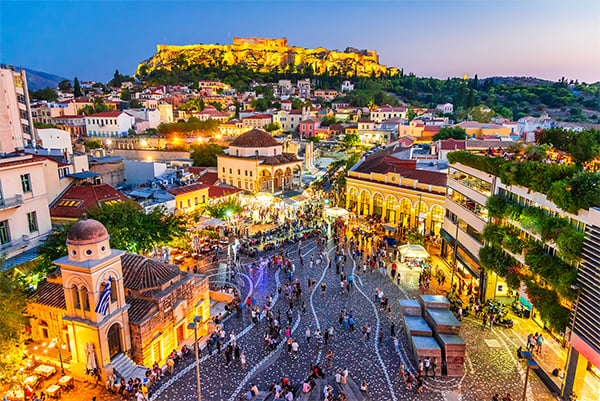 People living in Greece share their experiences making friends, adjusting to the culture, what expat life is like in Greece, healthcare in Greece and more.

Expats living in Greece talked about meeting people in Greece and local clubs and organizations:

"Thessaloniki, being a cultural city.. has many nationalities mixed together.. Much more so than when I first arrived in Greece.. There are many groups/organizations here in Thess. I.W.O.G. International Women`s Organization of Greece e-mail: They meet on the 2nd Wednesday of every month (not in summer) for coffee, networking & social activities.. yearly membership 35 euros or guest fee 5 euros ( this pays for your tea/coffee , cake/snack at the meetings )there is also a raffle & 2nd hand book store, all money raised goes to local charities... T.O.W.E.R. ( Thessaloniki Organization for Women Employment & Resources ) Non for profit organization to help women ... It is not a job agency..! web site: www.tower4women.gr
e-mail: During the first week of June, all the country specific clubs get together to raise money for local charities... with the International food festival , with over 30 countries taking part.. this year it will be held on Sunday 6th June at Aretzou plaza Krini , next to the beach..," said one expat living in Thessaloniki, Greece.

"Northern Greece is extremely restricted in terms of Clubs and Associations. If you speak the language it is a little easier to meet people, I have been involved in charity work which I found in Drama's Government offices. I would recommend joining a Gym or local Swimming Pool," mentioned another expat in Greece.

What is it like living in Greece? Here is what people had to say:

"As a general rule, peoples priorities here are work & family... Well family comes first.. But Greeks in general are very sociable, if you make the effort to speak to your neighbors, especially if you have children you'll find them to be friendly.. Okay so some expats object to there neighbors interfering (as they see it ) Greeks will give you their opinion (whether asked for or not ) on everything from whether your child should be wearing a jacket or not, to what food your making that day ... I know nothing about sport, but my son informs me that there are 4 football teams for Thessaloniki.. 1. PAOK 2. ARIS 3. IRAKLIS 4. APPOLON KALAMARIAS Thessaloniki has a great variety of clubs, bars, tavernas & restaurants.. The last 5years or so has seen a change, with Indian, Chinese & Japanese restaurants opening.. We also have Mac Donald's, Pizza Hut and coming soon... Kentuky Fried Chicken...! So you won't get to home sick... Night life generally doesn't get started til after 10pm.. So don't be surprised when your new friends ask you out for a drink at the time you'd usually be thinking of going to bed..," said one expat living in Thessaloniki, Greece.

"It's a beach town so its really laid back. Without the hustle and bustle of other towns. Although the summers are really crowded since everyone comes to the beach on the weekends. Fresh produce along the side streets from local farmers (just like Jersey..) a nice waterfront with boats, playgrounds, a 2 kilometer path along the sea for jogging, walking or bike riding. Nice restaurants along the coast as well. And close to Kifissia, (about 20 minutes over the mountain of Dionissos)," mentioned another expat in Greece.

"Family is the most important thing to the Greeks which is nice as the family are becoming less important in many countries. Some Greeks work very hard as life here can be tough as the salaries are very low and the change to the euro affected many people in a negative way. However, the Public Sector seems to where to work for an easy life. Socialising is extremely important to people here and the Greeks do not stop talking, which often sounds like they are arguing as conversations are often loud and seemingly aggressive. Coffee, coffee, coffee! The bars are busy from morning to night, mostly with young people drinking the national favorite. It is also nice to go out on a Saturday night and not see drunken louts on the streets, as you do in the UK, Sport is not so important in this country and it's impossible to find Clubs to join. However they are strong football fans (especially after the Euro) and they also like beach volleyball and basketball," commented one expat who made the move to Greece.

We asked expats in Greece what they appreciated about their new culture. Here's what they had to say:

"Oddly the laissez faire attitude is appealing. Less red tape and rules or rather less notice taken of it! Very freeing! Though the same attitude is also frightening in some aspects, like on the roads. Eeek! Not for the less assertive driver! Making small cameos of spaces attractive amongst the greyness of concrete. The most wonderful thing has been seeing children playing without being wrapped in cotton wool and overprotected. A real childhood," said one expat living in Nafplio, Greece.

"I love the close family atmosphere and the way Greeks make wonderful friends if you treat them with respect and love," mentioned another expat in Greece.

"Greeks are assertive, have a culture of education so can speak lots of languages, and have the highest number of university degrees in the population. They are a useful sort to your company, business and governmental liaison. Loads of languages and having global languages and some may have spent a lot of years in England, either at university or university and work for a while. Even more useful," commented one expat who made the move to Greece.

"Friends and family are not casual relationships here. They will bend over backward to help and support you in whatever way they can. One just has to learn to ask and accept that help," remarked another expat living in Athens, Greece.

The Most Challenging Aspects of Living in Greece

Then, we asked expats in Greece what was most challenging about their new culture. They replied:

"The language obviously. The lack of interest in change and thinking ahead, especially in this time of economic hardship. The lack of care for animals. The standard Greek loo paper bins. Shudder," said one expat living in Nafplio, Greece.

"The politics, sense of righteousness, lawlessness, outright hostility to anything foreign, unmistakably corrupt system, terrible driving and parking culture that goes completely unchallenged. It's the wild west when they think they belong to civilization," mentioned another expat in Greece.

"Getting to grips with red tape and the way things are done here, like paperwork. The way the rules change all the time make it very confusing at times," commented one expat who made the move to Greece.

"Realizing that the sense of humor and level of tolerance for foreign ideas of many of the locals is very different from mine," added another expat in Greece.

We asked expats about diversity in Greece and whether locals are accepting of differences. They said:

"There are many Pakistan immigrants living here due to the farming as well as other nationalities. And I understand they have been for many years, so this is nothing new to the townspeople. As far as being accepting of differences, as is the case with most Greek towns, especially the smaller ones...the "original" Nea Makri residents are not that happy about the recent infux of people to this pretty town. Many new homes, stores and even a Carrefour soon means alot more traffic and Im sure they are used to the way thinngs were before..," said one expat living in Nea Makri , Greece.

"Being 1/2 English, 1/2 Greek and having blonde hair, I stick out like a sore thumb! I believe most people, especially the young accept my cultural differences, although they are particularly condeming of the English tourists who have changed the images of the Greek Islands and see the English as tarts! For a small town there is a lot of foreigners, in particular English, Russian, Bulgarian etc I seem to be accepted more readily than those from just over the borders. A word of advice, if you're American, beware there is a strong anti-bush/USA feeling amongst these people. In general I am accepted, however Drama is very backward and set in it's ways. People seem to want to shut out the rest of the world. Very few people travel abroad and therefore to see a foreigner is a novelty. Greeks are always right! This includes their religion, culture and beliefs! But it is good fun persuading them otherwise," mentioned another expat in Greece.

"Look elsewhere, the school is great for younger children and convenient if you live in the area, till 8th grade, but after that, I would reccomend some of the other IS in the area," said one expat whose children attend St. Lawrence in Vari.

"I would recommend it without any hesitation. My child loved this school and the staff, as did we," added another expat with kids at Cottage in Athens.

"If you are looking for a small caring English language pre-school in Athens, then this is it! We loved it and miss it very much," commented one expat when asked about Kifissia Montessori School in Athens.

"I do not have insurance, but the costs of private medical care are quite reasonable," commented one expat living in Paros, Greece.

"The cost is reasonable under the IHC, private care varies, but in general is cheaper than UK I believe," mentioned another expat living in Greece. 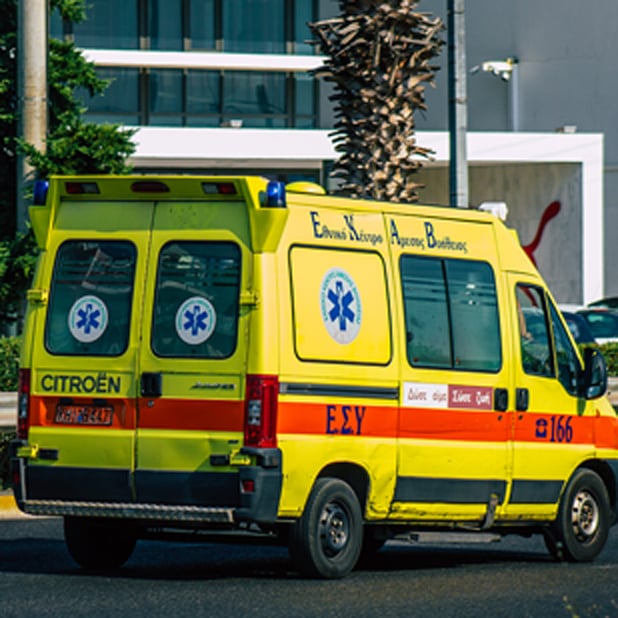 Contribute
Help other expats and newcomers by answering questions about the challenges and adventures of living in Greece.