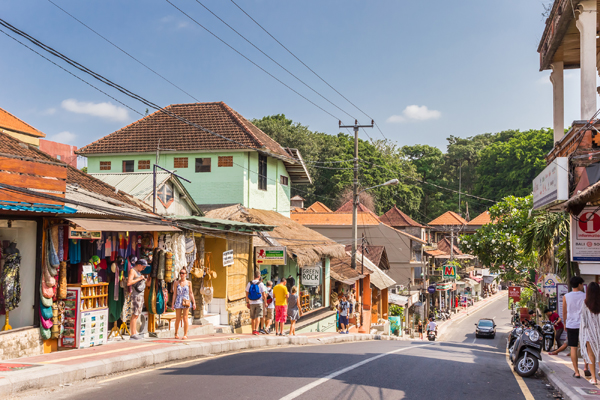 Deciding Where to Live in Indonesia

When we asked expats living in Indonesia to offer newcomers advice about choosing a neighborhood and finding a home, they replied:

"I looked around and used local housing agents for my first house, which I overpaid on significantly. The next house was a much better deal, though still had to pay 1 year in advance," said one expat living in Batam, Indonesia.

"We moved into staff housing already selected and under contract before we'd arrived," mentioned another expat in Indonesia.

"The company has a Family Liason Officer that assisted us along with 2 respresentatives from Expat Relocation. All of them assisted us from finding a home, leased furnitures, picked fabric (from curtains to sofas) and decorate," commented one expat who made the move to Indonesia.

Moving to Indonesia? Get a health insurance quote from our partner GeoBlue. Click here to speak with GeoBlue's Sales Team.

"Not hardly anything here. A few people informally meet up. There is an English-speaking international church with lots of expats...otherwise it's up to you to meet others," mentioned another expat in Indonesia.

"Activities - Golf, road trip, Bazaars, Clubs - AWA, BEA, BWA, AWC, PWA (also, huge community of Latinos) and lots more. Whatever nationality they are, they will surely find their own country having their own organizations," commented one expat who made the move to Indonesia.

What is it like living in Indonesia? Here is what people had to say:

"The local's lives revolve around work, getting to work and family affairs, photography and facebook but beyond that I can't comment. Expat lives revolve around work and family too of course but the family bit comes and goes. Many seem to let the nanny's take over and participate in a lot of Golf or women's organizations, and football/rugby. For us we travel, throw house parties, and participate in school activities," said one expat living in Jakarta, Indonesia.

"Everyone revolves around work. All the large manufacturing companies have compounds outside of the city where their people live. Interaction is difficult with everyone all spread out. For the nationals, this is such a transitional city. People come for two years of work then go home," mentioned another expat in Indonesia.

"Since it's a muslim country, they prioritize family and praying accordingly. Also, even though it's not their own holiday (i.e. Chinese New Year), they still would like to celebrate such occassion by not working and staying at home," commented one expat who made the move to Indonesia.

We asked expats in Indonesia what they appreciated about their new culture. Here's what they had to say:

"No matter how bad things are for the Indonesians, they always manage a smile. They are friendly & kind. Indonesia is wealthy in art & culture & history," said one expat living in Jakarta, Indonesia.

"The nationals in the area have been very warm and receptive. Naturally, the vendors have a vested interest as we provide them with a living. My husband's co-workers have been very kind to him in helping him understand cultural nuances. Unlike most of the expats here, we entertain nationals as well as other expats. We have even hosted a large holiday party in which all of the food had to be cooked halal due to the majority of nationals being Muslim," mentioned another expat in Indonesia.

The Most Challenging Aspects of Living in Indonesia

Then, we asked expats in Indonesia what was most challenging about their new culture. They replied:

"You cannot get angry & shout at someone in Indonesia, they will close down totally. To "lose face" is the worst thing for an Indonesian, therefore they won't own up to not knowing something & shouting at them makes it worse. People are afraid to say "no". Rather than say they can't or don't know something, they will say yes & then blunder through what ever they are doing. i.e. my husband is mentoring at work & has to ask 50 questions before he realizes his Indonesian colleague doesn't know what he's talking about. Or, tell a taxi driver the address you want to go to & he doesn't know where it is but drives in the wrong direction, so you have to direct him all the way," said one expat living in Jakarta, Indonesia.

"Due to the economic status of most nationals, they seem satisfied with "getting by". For example, if our a/c isn't working, the repairman will come and repair the problem using a "bandage" approach rather than repairing the problem. Of course, they make more money if they must come back more than once :) Also, due to the poverty, lack of transportation, and room to store items, my household help doesn't understand the concept of buying in bulk so you don't need to go shopping on a daily basis. Other than that, I think my biggest challenge is the abundant "wildlife" that seems to creep into the house, climb on the roof or cross my patio from time to time," mentioned another expat in Indonesia.

We asked expats about diversity in Indonesia and whether locals are accepting of differences. They said:

"Religion is not diverse. It's mostly Muslim among the locals, and aetheism and Christianity among the expats. Their are of coarse plenty of folk beyond that mold though," said one expat living in Jakarta, Indonesia.

"It has a boom-town feeling, fast development and lots of jobs for the local workforce. Almost all locals or Chinese/local mix. Very young population as this town has many factory jobs open. As mentioned before, since it is far from where people are from they come here, work for a few years and go back," mentioned another expat in Indonesia.

"Even though it's a Muslim country, Balikpapan and Jakarta are filled with various nationalities. This is basically because employees of foreign companies live here. And, because many people from Asian countries like Japan, Malaysia, Singapore and Hong Kong take their annual holidays here. Accepting differences? If it means culture, no but they are strong to letting other culture/countries know that being a Muslim means being one," commented one expat who made the move to Indonesia.

"This school really cares about your child's development, they will let your child learn by explore the world, explore many resources and by exploring themselves instead of textbooks. It's not like the usual international schools.," said one expat whose children attend Sekolah Cikal in Jakarta.

"Apply immediately because there is a waiting list. I have 5 kids and 3 got in relatively easily but we had an agonizing wait for 2. Luckily they all got in in the same year. There is a lot of requirements so make sure you have your kids' report cards filed away. Choose your teacher reference carefully because you will need a reference and the school will contact them. One of mine was flaky and I was truly concerned she was the reason for one of my kids being in the wait pool. Thank god she got in. Visit the school. You will be wowed. The first time we started the application was on paper but we had to apply for reenrolment and were asked to fill out a digital form. Lengthy process but hey its worth it," added another expat with kids at JIS in Jakarta.

"This is the only International college in Batam. Lecturers are of expat themselves, so only English language is used for lesson delivery. It canl be a challenge if your child is not proficient in English," commented one expat when asked about Raffles Institute of Higher Education, Batam in Batam - Harbour Bay.

"When in Jakarta come see the school in person. You can look up the phone number on the website http://www.bis.or.id & make an appointment, but as in our case we just turned up & the lovely Christine in admissions took us around to see the school. My husband is American but we chose BIS over the "American" school in Jakarta because BIS teaches the youngest children academics (reading & math) earlier & instills a true sense of community in the children. Not only are my kids proud to wear the BIS uniform but also enjoy helping the local people in charities run from class. They also promote recycling at school from the youngest to the eldest. BIS has the most beautiful campus of all the schools in Jakarta & it's safety conscious without being barricaded behind 10ft walls. The air quality is probably better too, as local traffic isn't right outside the main gate," said another expat in Indonesia with children at British International School Jakarta.

"My kids and I all had dengue fever at the same time and were taken very well care of at BIMC, Nusa Dua. I am so pleased we had health insurance because the hospital bill would have cost us a hefty US $2100," commented one expat living in Bali, Indonesia.

Whether you're working on assignment in Indonesia or traveling to a remote part of the world as crew on a ship, GeoBlue is a trusted leader in international health insurance. Wherever your destination, GeoBlue can keep you and your family covered with the right health insurance. Contact GeoBlue's Sales Team or Get an Online Quote.

Visit our Indonesia Forum and talk with other expats who can offer you insight and tips about living in Indonesia.

Expats discuss what they wish they had known before moving to Indonesia. Locals say "yes" even when they really mean to say "no" and traffic can be a nightmare. But, there are many of positives, too.

Get a quote for expat health insurance in Indonesia from our partner, GeoBlue.
Get a Quote

Get a quote for expat health insurance in Indonesia from our partner, GeoBlue.
Get a Quote Call

Expats discuss what they wish they had known before moving to Indonesia. Locals say "yes" even when they really mean to say "no" and traffic can be a nightmare.