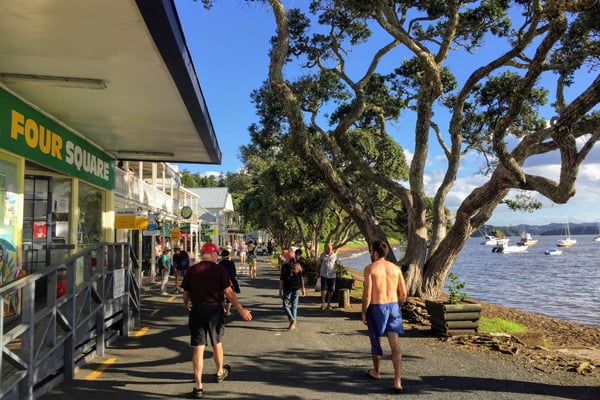 Deciding Where to Live in New Zealand

When we asked expats living in New Zealand to offer newcomers advice about choosing a neighborhood and finding a home, they replied:

"Found a great real estate lady who listened and then worked really hard to find our home! Chose our home for the views, close to town and is on the peninsula," said one expat living in Dunedin, Otago - South Island NZ, New Zealand.

"We chose to rent a furnished house in a beach-side community (aren't most of them anyway?). We drove around New Zealand for seven weeks and found a spot we liked. We bought a local newspaper and looked at about 10 houses from the rental ads and chose one in Snells Beach. That is 10 kms from Warkworth, which in turn is about one hour north of Auckland," mentioned another expat in New Zealand.

Moving to New Zealand? Get a health insurance quote from our partner GeoBlue. Click here to speak with GeoBlue's Sales Team.

"Kapiti Coast is an hour north of Wellington, so you can access Welly events. Wellington has a very lively nightclub, arts and theatre scene. It also has more cafes per capita than NYC. In Kapiti itself, you'll find lots of ecology groups - volunteer planting groups that take care of the local estuaries and keeping native species alive inland that are a haven for local wildlife. There are yoga classes and tai chi and many cycling groups. Horseback riding is popular. In the Waikanae area, there's lawn bowling and bridge popular with retired people. There's a great Paraparaumu golf course, and up in Otaki there's a horse racing track," said one expat living in Kapiti Coast , New Zealand.

"A Newcomers Network has just been established for new immigrants in Mid-Canterbury. Anyone who is new in the region and has no support of friends or relatives can join. There is an informal social get-together every month, and room for additional activities such as sports, toddler group, English conversation group etc. It is an excellent way to get to know other people in the region. Contact Evelien: 03-3083053," mentioned another expat in New Zealand.

"There are numerous groups: I would recommend taking a trip to the visitors' bureau to get more information. They offer heaps of brochures and schedules," commented one expat who made the move to New Zealand.

What is it like living in New Zealand? Here is what people had to say:

"In Kapiti I'd say people's lives revolve more around family, sports, socializing; it's perhaps less business oriented than Wellington. The beach and nature reserves are a big tourist draw here, and are well enjoyed by people living here too," said one expat living in Kapiti Coast , New Zealand.

"Family time is very important, as well as sports (rugby!!) and outdoor activities such as tramping, fishing, skiing," mentioned another expat in New Zealand.

"Everything is important here. The city is mostly about business and socializing; while, the suburbs are more family oriented. Cricket and rugby are the favorite sports," commented one expat who made the move to New Zealand.

We asked expats about diversity in New Zealand and whether locals are accepting of differences. They said:

"There are a surprising number of UK and US immigrants here in addition to the Maori and kiwis of European descent. The latter makes up about 90% of the population according to the latest census info online. Although they generally don't agree with American policy, they can separate individuals from the nation as a whole. People are straight forward and usually friendly. There's a lot of religious tolerance, and the small "religious right" here has less of an impact on mainstream opinion," said one expat living in Kapiti Coast , New Zealand.

"Due to a high influx of new immigrants, the region is becoming more diverse. People are very friendly," mentioned another expat in New Zealand.

"It is a fairly diverse group of people for the population size. New Zealanders have a love/hate relationship with Americans, though. They will be quite nice to your face, but behind your back they constantly criticize the US and Americans. There is also slight racial tension with people of color. The Maoris (natives) and the pakehas (white Europeans) have had years of strife and war. A treaty was signed, that is still in place today," commented one expat who made the move to New Zealand.

"It is a very great school that is very religious and is an Anglican School. Students there are very nice and I'm sure they will look after your daughter very carefully," said one expat whose children attend St. Hilda's Collegiate School in Dunedin.

"Give it consideration whether you are a Church-goer or not. It is a small nurturing school with good facilities and caring staff. No entrance exams - parents/child just meet Principal. It is the only co-ed private school in Wellington. http://www.st-marks.school.nz/home/," added another expat with kids at St Mark's Church School in Wellington.

"This school is located in Owens Road, Epsom, Auckland. It is a all girls school with a very good reputation," commented one expat when asked about Epsom Girls Grammar in Auckland.

"You must buy/rent or lease a house in the school zone first. You will have to have proof of where you are residing when you begin the enrollment process. The school has a uniform. Bring all recent school records. Your child will be accessed via various tests to see which level class would be best for them. The school is located in Mountain Road, Epsom, Auckland," remarked another expat living in Auckland with children attending Auckland Grammar School.

Whether you're working on assignment in New Zealand or traveling to a remote part of the world as crew on a ship, GeoBlue is a trusted leader in international health insurance. Wherever your destination, GeoBlue can keep you and your family covered with the right health insurance. Contact GeoBlue's Sales Team or Get an Online Quote. 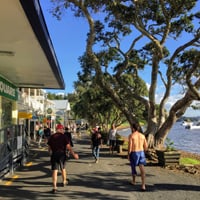 7 Things to Know Before You Moving to New Zealand 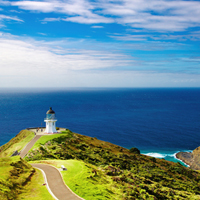 Expats are drawn to New Zealand's astoundingly beautiful scenery, laid back lifestyle, safe cities and towns and low cost healthcare. For some, life in New Zealand is a dream come true. Other expats find that living in New Zealand, like many other places, has its pros and cons. 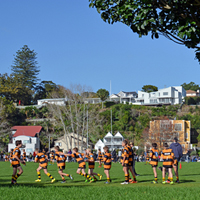 Get a quote for expat health insurance in New Zealand from our partner, GeoBlue.
Get a Quote

Get a quote for expat health insurance in New Zealand from our partner, GeoBlue.
Get a Quote Call

Contribute
Help other expats and newcomers by answering questions about the challenges and adventures of living in New Zealand.

Expats are drawn to New Zealand's astoundingly beautiful scenery, laid back lifestyle, safe cities and towns and low cost healthcare. For some, life in New Zealand is a dream come true.