Whether you're thinking about retiring overseas or retired abroad twenty years ago, use our Country Forums to talk with other expats and retirees already living abroad, read articles about medicare, QDROPs, buying overseas property, choosing expat health insurance and more.

Retiring in Panama -- 13 Important Tips for Retirees in Panama

If you're thinking about retiring in Panama, here are 13 things you must know before you make the move. 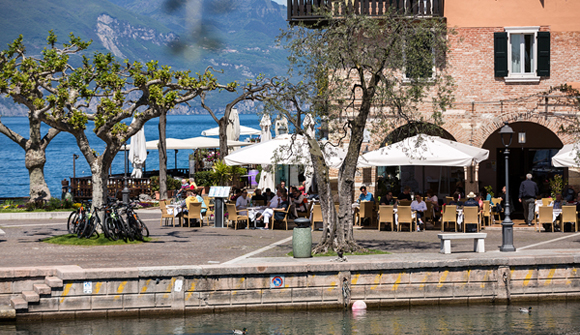 Retiring in Italy -- 7 Important Tips for Retirees in Italy

Expats in Italy share 7 important tips for those preparing to retire in Italy - topics include healthcare and health insurance, the elective residency visa, taxes on pensions, inheritance and more.

If you're moving or retiring abroad, which appliances should you take? Which should you leave behind? What type of voltage converters should you buy? Mike Bieber answers these and other questions. 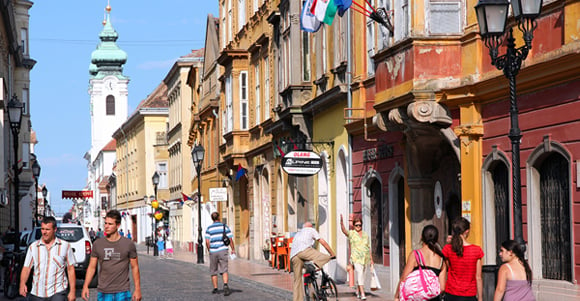 Retiring in Hungary -- 7 Best Places to Retire in Hungary

Retiring in Spain -- 5 Affordable Places to Retire in Spain

Many retirees move to Spain in search of a better lifestyle and lower cost of living. Here are 5 affordable places to retire in Spain that range from bustling coastal cities, like Valencia, to regions with small coastal villages, like Huercal-Overa in Andalucia.

Expat retirees David and Maura Woods were given 7 days notice to leave Ireland. David shares his story, why they were asked to leave, and how they found a way to stay in the adoptive land they love.

Retiring Abroad -- Where Do I Really Want to Retire?

Deciding where to retire abroad is a difficult decision. Author Suzie Hammond offers some advice for expanding your list of possible destinations.

Retiring Abroad -- The 8 Best Countries for Brits to Retire Abroad

Retiring in France -- 5 Affordable Places to Retire in France

Retiring in Italy -- The 7 Best Places to Retire in Italy

With its beautiful beaches, laid-back lifestyle and UNESCO World Heritage status for the historic capital of Georgetown, Penang is a great overseas retirement destination.

Expats offered their recommendations for places to retire in South America. We know that this is a short list and hope you'll add your favorites below in the comments section.

We asked expats and searched our forums for recommendations about where to retire in Asia. We pinpointed countries with affordable costs of living and have five great retirement locations. Please add your recommendations in the comments section!

We asked expats about great places to retire in Western Europe. While many Western European countries have prohibitively high living costs, there are a few areas that fit the retirement bill. These are some of the recommendations!

Retiring in Mexico -- The Mexican Riviera

Did you know that some countries court foreign retirees offering discounts on things such as medicines, closing costs when buying property and big tax breaks such as zero tax on foreign-earned income and pension, tax-free imports for household goods -- even cars.

Retiring abroad is a great option for retirees seeking their dream lifestyle at an affordable price. Help other retirees considering overseas retirement by taking our new Overseas Retirement report. Describe how you chose your area, the challenges and rewards of retiring overseas, the retiree lifestyle in your area and more. Submit an Overseas Retirement report under your username or anonymously. Recent submissions:

A expat in Panama talks about what it's like being retired in Bocas del Toro - adapting to island time, building a home on Isla Solarte, the friendly people in Bocas, the lower cost of living, the new hospital and challenges traveling in and out of Bocas.

Why retire in San Isidro de Heredia, Costa Rica? Can you live on $1,000 or $2,000 a month? How difficult is it if you aren't fluent in Spanish when you first arrive? A retiree who arrived in Costa Rica a month ago answers these and other questions.

An expat talks about what it's like living in Barbados. He appreciates the good quality of life, active expat community, beautiful weather and friendly Barbadians.

A expat in Tobercurry talks about how she and her husband chose to retire in Ireland - the more affordable lifestyle (living on less than $2,000 a month), Ireland's public healthcare system, finding a home through an Estate Agent, enjoying walking everywhere and not needing a car, the sense of safety and more. She cannot stress enough that anyone thinking about retiring in Ireland research diligently and seek the advice of other expats.

A retiree in Medellin talks about loving life in Medellin - it's been a great change of pace for him and his wife. He says that while some expats live on $1,500 per month, others live in $3,000.

An Expat Talks about Culture Shock & Living in Valencia, Spain

An expat who studied anthropology has adjusted to life in Valencia and talks about his approach to avoiding culture shock.

An expat who studied anthropology has adjusted to life in Valencia and talks about his approach to avoiding culture shock....

An expat in Huatulco talks about living in this remote part of Mexico, which is a 7 hour drive from the nearest city. He cautions anyone considering a move to be realistic about whether or not they can handle the isolation and remoteness.

An expat in Huatulco talks about living in this remote part of Mexico, which is a 7 hour drive from the nearest city. He cautions anyone considering a move to be realistic about whether or not they ...

10 Tips for Living in Barbados

Barbados recently introduced the 12 month Barbados Welcome Stamp to enable people to easily live and work on the island for up to 12 months. The online application is probably the easiest and quickest process we've ever seen.

Barbados recently introduced the 12 month Barbados Welcome Stamp to enable people to easily live and work on the island for up to 12 months. The online application is probably the easiest and quickes...