Summary: Hungary is sometimes overlooked as a retirement destination. Expats who retire in Hungary appreciate the low cost of living; rich history; friendly people; and beautiful cities, towns and countryside. Here are 7 places that retire expats recommend to check out when considering Hungary for retirement. 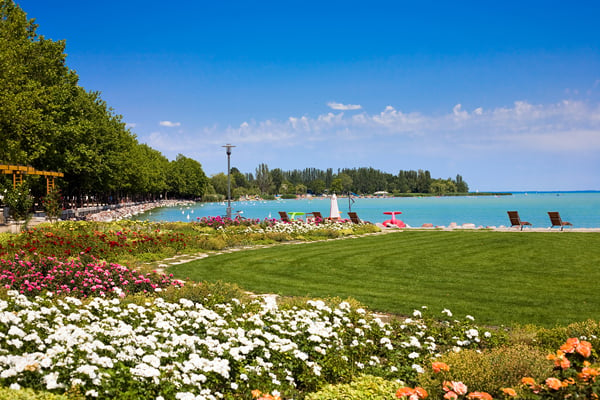 Balatonfured, Hungary is a popular resort town located on the northern shore of Lake Balaton. With a population of over 13,000, Balatonfured is home to a number of spas; the State Heart Hospital; the Tagore Promenade; Loczy Cave; and numerous hotels, bars and restaurants. In the summer months, the town hosts a ball to welcome new visitors and a wine-tasting festival. "I live in Balatonfured and here it is growing rapidly but elsewhere is not as good. For some reason they are pouring a lot of money into our city in improvements which we are benefiting from. A lot of very wealthy people (mostly from Budapest) are buying houses in this area or land and building large vacation homes. A relatively large lot of roughly 1/3 acre is selling for 50 million HUF across the street from us as an example," said one expat in Balatonfured.

Expats living in Budapest love it for its friendly people, beautiful architecture and rich history. With a population of over 1.7 million poeple, one expat in Budapest described why he likes living in Budapest, "There is a richness of stimuli of every sort, which just isn't in the US. This city both gorgeous and is ALIVE. However, winters are pretty cold and can be dreary past New year." Another retiree in Budapest said, "Retiring in Hungary is great. It's inexpensive. And Budapest is one of the most beautiful cities in the world."

With a population of more than 60,000, Sopron is located just across the border from Austria and about an hour by car from Vienna. Sopron is a picturesque city which dates back to Roman Empire. One member explained how Sopron's close proximity to Austria have impacted rental prices, "Sopron apartments for rent are not the cheapest one because lots of Hung coming there from around the country. They are living in Sopron but they are working in Austria. From Sopron to Vienna is only 40 min by car. And takes you 5 min drive to be in Austria. The rent for a 2 room apartment in Sopron furnished will be around 80-90K HUF/month. You can also look on the small places (villages) around the Sopron. In Sopron, it's an easy city to live. People are friendly there."

With a population of over 125,000, Gyor, Hungary is another city that expats recommend. An expat in Gyor described living there saying, "I have lived in the Gyor area since 2008 and enjoy it very much. The city is more like a town, and the pace is slower than Budapest, which is why I like it. I teach at the university and enjoy all the people I have come in contact with. Housing is very reasonable, shopping is similar to most US places, just not the sprawl you are used to. You can get around by bike and bus everywhere as well. Like most Hungarian towns the transition to countryside is abrupt, and there are outlying villages that are just that. Very little suburbia."

Heviz, Hungary is located on Lake Heviz about 2 hours southwest of Budapest and 5 miles from Keszthely. According to Wikipedia, Lake Heviz is the second largest thermal lake. Heviz Spa dates back to the late 18th century. "Heviz is a retirement community. A small tourist town of 5000, lots of small mom an pop shops and fruit and vegetable stands, 2 big supermarkets, lot of stores, restaurants, movie theater and churches. Bus to most anywhere, including Keszthely to catch the train and big box stores. English is spoken most places and by many of the populace. Plus the biggest hot spring lake in Europe, all year round," described one expat.

With a population of over 150,000, Pecs, Hungary is a beautiful city in southwest Hungary, near the Mecsek Hills and the border of Croatia. The University of Pecs offers a Bachelors, Masters, Medical, Dental and Pharmacy degrees in English. They also offer Hungarian language courses.

With a population of over 170,000, Szeged, Hungary is the third largest city in Hungary. It is located in southern Hungary near the borders of Serbia and Romania. "Visit Szeged for example and you will find a very peaceful place with almost zero crime (in fact I have only ever seen car accidents whereby the police were called), but I have never seen muggings, shootings or burglaries take place. Even the police are almost redundant," said one expat.

Login or Register and visit our Hungary Forum. Talk with other expats who can offer you insight and tips about living in Hungary.

Hungary Forum
Meet other expats and talk about living in Hungary.

Best Places to Live in Hungary

Hungary is sometimes overlooked as a retirement destination. Expats who retire in Hungary appreciate the low cost of living; rich history; friendly people; and beautiful cities, towns and countryside.

If you're moving to Hungary or an expat living in Hungary, understanding the Hungarian healthcare system in important. This article offers an overview of the national healthcare system, private hospitals and healthcare, private health insurance for expats in Hungary, clinics with English-speaking doctors and the quality and cost of medical care in Hungary.

Cost of Living in Hungary

Expats offer insight into the cost of living in Hungary.

Expats share 8 things they which they had known before they made the big move to Hungary - from what to bring to finding a good bank, healthcare to deciding where to live.

Real estate listings in popular cities and towns in Hungary.

Pros & Cons of Living in Hungary

Take off your rose-colored glasses and learn what expats have to say about the biggest challenges and the greatest rewards of living in Hungary.

Advice for people retiring in Hungary.

Contribute
Help other expats and newcomers by answering questions about the challenges and adventures of living in Hungary.