Summary: Expats love Germany for its historic towns, festivals, Christmas markets and diversity. In this article, we cover 8 of the best places to live in Germany.

"It has been all we could hope for in living in Germany. We feel safe, we enjoy the many cultures and influences from around the world. We travel throughout Europe easily," said one expat living in Berlin. Germany's central location is ideal for travel around Europe. Depending upon where you live in Germany, you could easily pack up the car and spend the weekend in Zurich, Amsterdam, Brussels or Denmark. If you're considering making a move to Germany, here are 8 of the best places for expats to live in Germany: 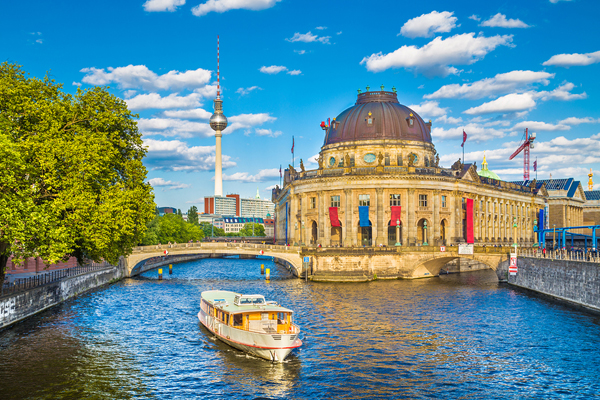 "Having been stationed in Berlin in 1973 - 75, I loved being in Berlin. I always longed to return. 37 years later I got that chance by landing a job in Berlin. My wife and daughter had never lived outside the US and I had to consider this and their point of view. We were excited and anxious about the move. Once we settled in Berlin, we have no regrets whatsoever. It has been all we could hope for in living in Germany. The culture, the history and of course, cosmopolitan Berlin. We love our place in the city and are happy we made this move. Berlin is no longer divided and I still see the Berlin from my younger days. We feel safe, we enjoy the many cultures and influences from around the world. We travel throughout Europe easily," commented one expat living in Berlin.

The Berlin British School welcomes students from nursery through Year 13 (pre-university). An expat offered some insight into the Berlin British School saying, "Excellent facilities with in excess of forty different clubs available. Extremely full and thorough reporting processes, the opportunity for children to visit before arrival and after departure, a family atmosphere pervades the whole institution with a a great emphasis placed on care and service."

For the littlest expats, Berlin Kids International Kita is a bilingual child care center. "The kindergarten started as a parent initiative for bilingual children. Parents, along with a government orginization, have built up the kindergarten according to the needs set by the parents for their bilingual children. Parent-teacher meetings are regular, as well as parent meetings. I would advise someone considering enrolling to do it early. Non-German speaking children are supposed to have priority. No German is required," described one expat mom.

Heidelberg is a smaller city with approximately 150,000 residents. Despite its smaller size, Heidelberg is a picturesque German city with a decidedly international feel. "Heidelberg has a very diverse and international character as a result of several factors. Most notable is the city's large and prestigious university (Heidelberg University), which attracts lots of German and international students. The city also has large expat and immigrant communities. The U.S. military installations in and around the city and the military personell and civillian workers who live offbase. Because of the academic and international character of the town, most people speak some degree of English," explained one expat living in Heidelberg

In a discussion about moving to Heidelberg and where to live in Heidelberg, one expat advised a newcomer, "I lived in Heidelberg for 10 years. Its just as pretty as Neckargemund and Ziegelhausen (which is actually part of Heidelberg, I think), if not more so. Heidelberg also has more expats and everyone speaks English. But it's more expensive to live in Heidelberg and parking can be a problem. Fortunately, you do not need a car. I gave birth to 2 sons while living in Heidelberg and everything is easier without a car. We used a bicycle with a trailer when the kids were small and then transitioned them to bicycles. The city is generally flat with mountains on the sides, a river valley. Public transportation is cheap and clean and reliable. They also have a great car share program there, many different models and types of cars and transporters. It's fantastic to be able to choose the perfect car for any given day. To get a drivers licence in Germany can be very time consuming and expensive, driver training is mandatory. Which neighbourhood you choose in Heidelberg may depend on your budget. The Alttown, Neuenheim and the Weststadt are all central and beautiful and expensive and have very little parking. The Alttown can be very noisy at night. A little further out are Handshuhsheim, the Sudstadt, and Rorbach (my spelling may be off), which are more residential, mostly newer, a little less expensive. We lived in Handshuhsheim and the Weststadt. Both have nice markets, and are quiet, convenient and very pretty. Outdoor space for a dog can be difficult in the Alttown. For taking your dog for walks in the woods (on the mountain side) I would recommend Handschuhsheim Neuenheim, the Weststadt and the Sudstadt."

For families moving to Heidelberg, Heidelberg International School welcomes students from 4 years of age through the IB Diploma. "The admissions department have been fantastic in helping us to make the transition from the UK to Germany. We have been supported every step of the way by the both the admissions and the staff at the school," praised one expat parent with children at Heidelberg International School.

With over 1.7 million residents, Hamburg is the second largest city in Germany. Hamburg is situated on the Elbe River and serves as a major port city for Europe. Expats and visitors enjoy taking in a concert at the new Elbphilharmonie Hamburg, spending Sunday mornings at the Fischmarkt and taking their kids to the tri-annual Hamburg DOM festival. "Hamburg is a multi-cultural city. Most foreigners are great. A minority though have proved to be a real thorn in the side for the authorities who, due to recent history, have their hands tied when comes to taking action. There are many religions here and an English Church. Recent elections proved that something must be done against foreigners who cause serious problems, but most people from Hamburg are reserved, but friendly and willing to accept diversity," said one expat living in Hamburg.

For families moving to Hamburg, the International School of Hamburg welcomes students from 3 through age 19. They offer the IB Middle Years Programme and the IB Diploma Programme.

Stuttgart is located in Baden-Wurttemberg along the Neckar River. With a population of over 600,000, Stuttgart is the 6th largest city in Germany. Mercedes-Benz and Porsche are both headquartered in Stuttgart - and have museums here that any car lover or kid would love. Other popular attractions include Wilhelma Zoo and Botanical Gardens, Schlossplatz (or Palace Square), Stuttgart State Theater (drama, opera, ballet) and many more. For families moving to Stuttgart, International School Stuttgart welcomes students from Kindergarten through grade 12.

To some travelers, Munich is synonymous with Oktoberfest, but there's a lot more to Munich such as Marienplatz, English Garden and Munich Hofbräuhaus. With approximately 1.5 million residents, Munich is the 3rd largest city in Germany (Source: Wikipedia).

Munich International School is a well-respected international school. "The school is constantly under review what can be changed to the better. The facilities are very modern and up to date. You can find basically every afterschool activity you want from girl scouts to sports to art and music. There is a big PTO which is very active in all kinds of activities. Additionally there are area representives with coffee mornings etc," praised one expat whose children attend Munich International School. Other schools include European School Munich and Bavarian International School, which has two campuses. The Haimhausen Campus, which is 10 km north of Munich, has primary and secondary programs. The City Campus offers only a primary school program.

When a newcomer asked about where to live in Munich, one expat responded, "I live in Unterfohring which is about 5 kilometres northeast of Marien Platz, which is downtown Historic Munich. Ismaning is a nice place too but is about 8 kilometres from the centre. The trains run each 20 minutes and are best way to get around I find. Overall northwest Munich is nice and easy to get around. The centre is cool if you can find an apartment. The problems with finding an apartment are many. There are plenty advertised, but the owners are picky and will only rent them to people they like - and being German is who they like.. Honestly, all of Munich is nice."

Düsseldorf has a population of over 600,000 and is the seventh largest city in Germany. Mercer's Quality of Living Survey has ranked Düsseldorf as the 6th most livable city in the world (2017). Expats in Dusseldorf can dine atop the Rheinturm, take the kids to the Aquazoo Löbbecke Museum, catch a show at the Marionetten Theater or have a beer at the Uerige Beer Hall. If you're moving to Düsseldorf with kids, the International School of Düsseldorf has a great reputation.

With a population of just over 1 million people, Cologne is Germany's 4th largest city. Cologne is in close proximity to Amsterdam, the Netherlands, Luxembourg and even Paris if you take the high-speed Thalys train. The Kölner Dom (Cologne Cathedral) has always been the heart of this 2,000-year-old city and it's biggest tourist attraction. Expats living in Cologne enjoy Karneval, boat trips on the Rhine and a glass of Kölsch at one of the breweries in The Old Town.

With a population of over 700,000, Frankfurt is located on the Main River. Expats in Frankfurt enjoy taking a stroll through Palm Garden, taking a swim at one of Frankfurt's indoor pools or open-air baths and having a beer at Zur Sonne.

Many expats living in the Frankfurt area live in towns outside the city. One expat commented, "The Taunus is a beautiful area to the north of Frankfurt where a large number of the expat community live. Towns with large expat populations are: Bad Homburg, Oberursel, Koenigstein, Kronberg, Bad Soden, Kelkheim, Hofheim and many others."

Frankfurt International School is very well regarded in the expat community. One expat with children at FIS said, "Fantastic facilities including well equipped science, IT and Design technology labs. The sports programme is also very good with an all weather pitch plus large sports halls. The only thing the school lacks is a swimming pool. Extra curricular activites are excellent with a large 'Athletics' (Sports) programme and also a full range of activities from dance and drama to language courses for both students and parents to join." Frankfurt International School is not to be confused with International School Frankfurt, which has a much different atmosphere. Read one expat's experiences with this school. Metropolitan School Frankfurt is another school to consider.

Login or Register and visit our Germany Forum. Talk with other expats who can offer you insight and tips about living in Germany.

Germany Forum
Join our Germany forum to meet other expats and talk about living in Germany.

Expats in Germany share 10 things they wish they had known before moving to Germany - from the importance of learning German to residency permits to understanding the culture and more. (more)

Expats love Germany for its historic towns, festivals, Christmas markets and diversity. In this article, we cover 8 of the best places to live in Germany. (more)

Should you learn German before you move to Germany? What type of apartments are typical in Germany? Expats offer advice and share 10 tips for living in Germany. (more)