No province in Afghanistan should be considered immune from violence and crime, and the strong possibility exists throughout the country for hostile acts, either targeted or random, against U.S. and other foreign nationals at any time. Elements of the former Taliban regime and members of other terrorist organizations hostile to the Government of the Islamic Republic of Afghanistan and foreign nationals remain active in every province of the country. Furthermore, travel to all areas of Afghanistan remains unsafe due to ongoing military combat operations, landmines, banditry, armed rivalry between political and tribal groups, and the possibility of insurgent attacks, including attacks using vehicle-borne or other improvised explosive devices. The threat situation in Afghanistan is still considered critical and is expected to remain so through the current political and military transition.

There is an ongoing and serious risk throughout the country of injury and death to U.S. citizens, including those with protective security details or with Afghan and coalition security forces nearby. In March 2014, four insurgents armed with small arms infiltrated and attacked the Serena Hotel, killing ten civilians including four foreigners, one of whom was a U.S. citizen. Also in March 2014, a suicide bomber and three insurgents attacked the compound of an international non-government organization, killing two Afghan citizens and wounding another ten. On April 24, an Afghan guard at Cure Hospital killed three U.S. doctors and wounded another U.S. doctor and nurse.

Despite numerous security operations and checkpoints by Afghan and coalition forces in and around the city, Kabul remains at high risk for militant attacks, including vehicle-borne improvised explosive devices (VBIED), direct and indirect fire, and suicide bombings. Buildings or compounds that lack robust security measures in comparison to neighbouring facilities may be viewed as targets of opportunity by insurgents. Twice in March 2014, groups of insurgents attacked the office complex of Afghanistan’s Independent Election Commission with person-borne improvised devices, rocket propelled grenades, and small arms killing two Afghan policemen and three civilians, and wounding five others. On July 17, 2014, a group of insurgents detonated a VBIED and occupied a building north of Kabul International Airport, targeting the airport with small arms and rocket-propelled grenades.

Proximity to or presence in areas and facilities under coalition force or U.S. government control is no guarantee of safety and should not lull U.S. citizens residing in or visiting Kabul into a false sense of security. On July 22, 2014, a suicide bomber attacked a U.S. base near the Kabul International Airport, killing six guards and wounding ten. On August 6, a lone gunman opened fire on a group of high-level military officers inspecting Marshal Fahim National Defense University, killing a U.S. two-star General and wounding twelve others, which included U.S. citizens. On August 20, an assailant stabbed a U.S. soldier to death near Kabul International Airport.

Riots and incidents of civil disturbance can occur in Afghanistan, often without warning. U.S. citizens should avoid all rallies and demonstrations. Protests intended as peaceful can become confrontational and escalate into violence at any point. The size of these demonstrations has ranged from as small as 50 to as large as 2,500 people. The issues that typically prompt demonstrations include grievances against the government and coalition forces, as well as spontaneous, public expressions of social, political, and ethnic tensions.

Ambushes, kidnappings, robberies, and violent crime can add to the insecurity in many areas of the country. U.S. citizens representing various foreign interests in property or contract disputes -- a common problem for U.S. and foreign companies doing business in Afghanistan -- have reported that local counterparties to the disputes have threatened their lives or held them or their employees captive under extrajudicial conditions while awaiting payouts or intervention by local authorities. U.S. citizens who find themselves in such situations should not assume that local law enforcement or the U.S. Embassy will assist them in resolving such disputes or intervene on their behalf with Afghan officials.

The Department of State considers the threat to U.S. government personnel in Afghanistan sufficiently serious to require them to live and work under strict security restrictions. All locations outside the U.S. Embassy and other U.S. government facilities are considered off limits to Embassy personnel unless there is a compelling government interest in permitting such travel that outweighs the risk. In addition, the internal security policies of the U.S. Embassy may be changed or adjusted at any time and without advance notice. Periodically, the Embassy will restrict or prohibit movements by its personnel, often on short notice and for reasons such as terrorist attacks, security threats, or demonstrations. Potential target areas include key national or international government establishments, international organizations, universities, and locations frequented by the expatriate community, such as restaurants, hotels, and guesthouses.

U.S. government-facilitated evacuations occur only when no safe, commercial alternatives exist. Evacuation assistance is provided on a cost-recovery basis, which means the traveller must reimburse the U.S. government for travel costs. The lack of a valid U.S. passport and Afghan visa may hinder a U.S. citizen’s ability to depart the country and may slow the U.S. Embassy's ability to assist. U.S. citizens in Afghanistan should ensure that they have proper and current documentation at all times. Evacuation options from Afghanistan are extremely limited due to the lack of infrastructure, geographic constraints, and other security concerns. The U.S. government typically evacuates U.S. citizens to a safe haven, and travellers are responsible for making their own onward travel plans. U.S. citizens should not expect to be evacuated to the United States and should always maintain medevac insurance while living or traveling abroad in case they need emergency medical evacuation back to the United States, which can be a significant expense. For more information, see "What the Department of State Can and Can't Do in a Crisis."

The U.S. Embassy in Kabul is located at Great Massoud Road (also known as Bibi Mahru or Airport Road) between Radio Television Afghanistan (RTA) and the Ministry of Public Health. The Consular Section of the U.S. Embassy can be reached at 301-490-1042, ext. 8499, from the United States or +93(0) 700-108-499 from abroad during business hours, Sunday through Thursday, 8 a.m. to 4 p.m., Kabul time. For after-hours, truly exigent emergencies involving U.S. citizens, please contact the Embassy Duty Officer at +93-(0)700-108-001. Any routine consular correspondence relating to services for U.S. citizens may be sent to

The U.S. Embassy often receives threat information concerning U.S. citizens and interests in Afghanistan. For the latest security information, U.S. citizens living or traveling abroad should regularly monitor the Department of State’s Consular Affairs’ website where the current Worldwide Caution, Travel Alerts and Travel Warnings, and Country Specific Information for Afghanistan can be found. Up-to-date information on security can also be obtained by calling 1-888-407-4747 toll free in the United States and Canada or, for callers in other countries, by calling a regular toll line at 1-202-501-4444. These numbers are available 8:00 a.m. to 8:00 p.m. Eastern time, Monday through Friday (except U.S. federal holidays).

The U.S. Embassy also encourages U.S. citizens to review the Traveler's Checklist, which includes valuable security information for those living or traveling abroad. Follow us on Twitter and the Bureau of Consular Affairs page on Facebook as well. 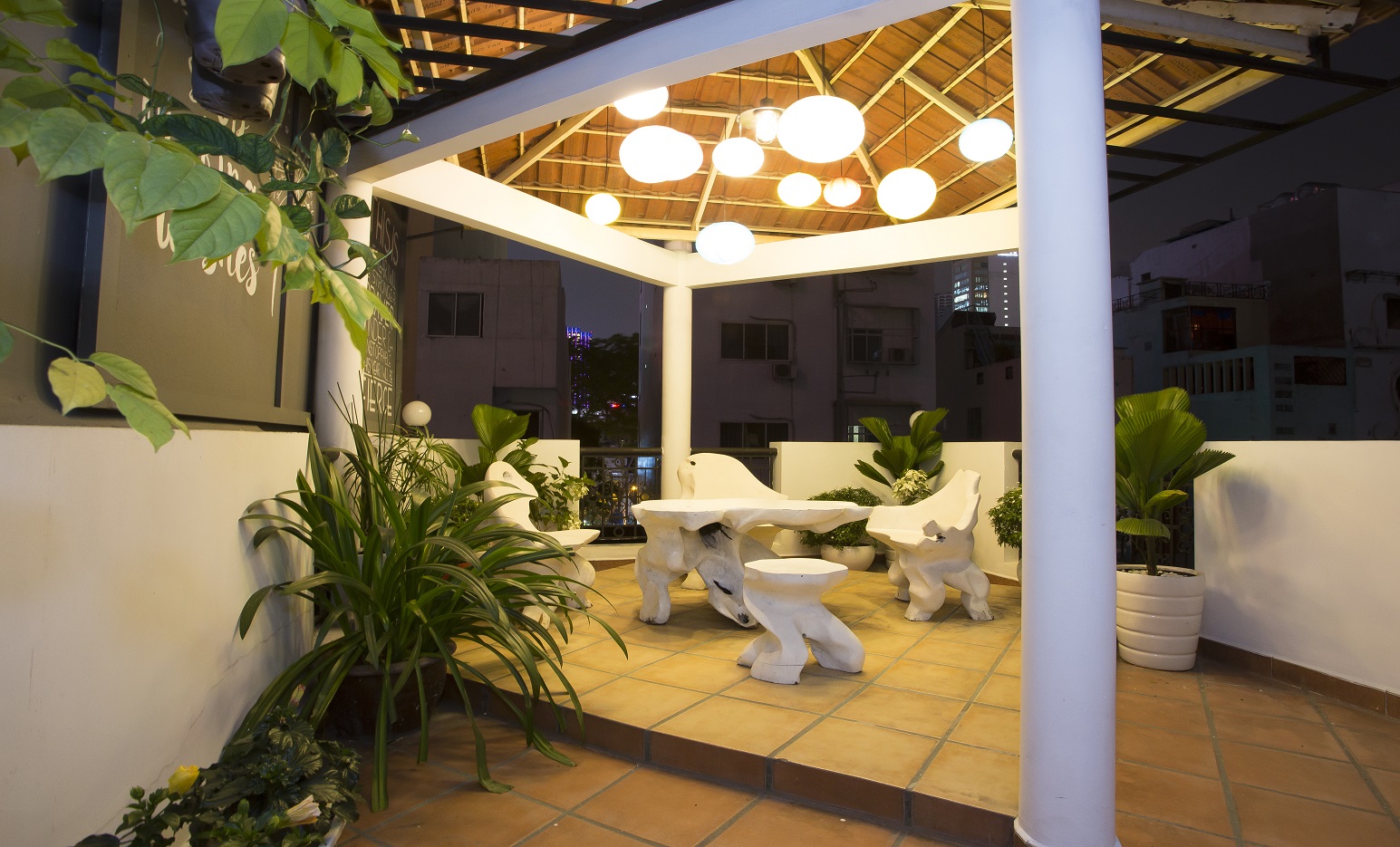