I had been living abroad already in the UK and in Belgium, so my cross-cultural training before moving to Greece was frankly living and working in those countries.

After we arrived in Greece, I had some cross-cultural training, but it wasn't very helpful. I had to do most of it on my own with my Greek husband.

Expats in Greece may get a free expat health insurance quote from our partner Allianz Care, whose plans ensure that you have access to quality healthcare whenever you need it. Allianz's flexible solutions allow you to tailor your cover to meet your needs and budget. Get a Quote

Expats in Greece may get a free expat health insurance quote from our partner Allianz Care, a leader in international insurance for expatriates. Allianz's plans ensure that you have access to quality healthcare whenever you need it. Their flexible solutions allow you to tailor your cover to meet your needs and budget..

I had 10 years of Greek before moving to Greece, although that didn't mean I was anywhere near fluent. I continued lessons for 5 months after arriving before the lessons were cut off. I am planning on learning the language - probably with our children who go to public schools here in Athens.

Yes. Greece is one of the most mono-cultural countries in Europe. Despite speaking a bit of Greek and having a Greek husband, I was concerned about how I'd get on living and working in Athens.

Moving to Greece soon? AGS Worldwide Movers is a leader in the international moving industry. Their experience and expertise allows them to guarantee their clients the best quality moving services. Get a moving quote today.

It was significant and as I've only been here for 7 months, I suppose I'm still facing it and will face it for years to come. This is a very bizarre country and the general attitude of many, many locals against anything foreign is truly disappointing.

I suppose the honeymoon phase was the first week when we got the kids into school, moved into the house and things looked like they were moving smoothly. Irritation-to-anger stage hit me as I had interactions with locals. Rejection of the culture stage, well you can't really reject Greek culture, but you can find frustrating the Greek propensity for easy money, laziness, corruption, lack of civil society & responsibility. Cultural adjustment phase, I suppose I'll be in that now for the rest of my life. We keep telling the kids what things should be like v what things are really like and that's why they should be extra careful and extra nice. We're trying to raise good citizens.

I got angry easily at sometimes thoughtless comments of the locals (education, health, level of service, corruption, etc). I felt some anxiety about driving as Athenians are known for flaunting all driving rules. For example, they park on the sidewalk, they walk in the streets, often putting their young children straight in the way of oncoming traffic. For the first time in years, I felt homesick just because I wanted to leave Athens for 10 days. It all worked itself out though in a matter of weeks.

Friends and family are not casual relationships here. They will bend over backward to help and support you in whatever way they can. One just has to learn to ask and accept that help.

Realizing that the sense of humor and level of tolerance for foreign ideas of many of the locals is very different from mine.

Practically everyday. I "accidentally" offered to help a postal worker with a stapler and nearly had it thrown in my face. I "accidentally" laughed sarcastically when my daughter's teacher said they were going to have a "party" relating to the H1N1 virus.

Always ask the reasons behind things. For example, if a bank asks you for your father's name - it may not be because they will go to him if you can't pay. It might be because before computers, that was the only way they could differentiate you from your 5 cousins with the same name.

Talk with Expats in Greece

If you're not involved in our Greece Forum, it's a great place to meet others in your area, get answers to questions about moving to Greece or offer advice to a newcomer. 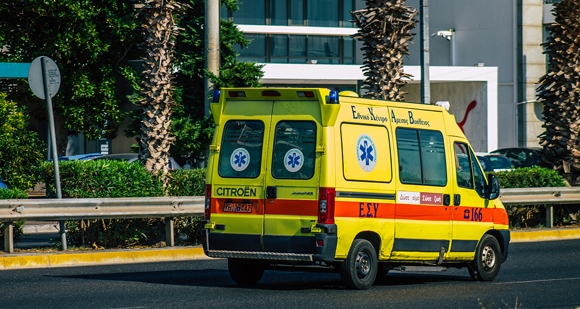 If you're moving to Greece, it's important to understand the health insurance requirements when seeking a short or long-term visa, the quality of healthcare outside of Athens including in Greek Island...

Many Brits retire to Spain, Australia, Canada, and America and these countries have thriving expat communities. Ella Jameson talks about other retirement destinations that are sometimes overlooked....

life is a lot differnt i have been in Kuwait for seven years and i still can not beleive the thing they do. Like a lot of places men and woman can not go togather.they park where ever they like.they will stop right in the middle of traffic to buy food.

I found it very frustrating dealing with civil servants and other public employees. They are usually brusque, irritable and "full of" themselves, flaunting their authority. Once you get to know Greek people, they are lovely and generous, especially in the countryside. I loved living and working in Greece for five years -- and now, five years later, I have forgotten the crazy part of life there, and I just miss the place... 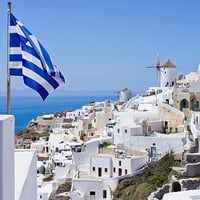