Expat Guide to Living in Davao

Whether you're already living in Davao or preparing to move to Davao, our Expat Guide to Living in Philippines offers articles and reports submitted by expats about expat life in Davao. For answers to specific questions, visit our Philippines Forum to talk with expats in Davao. 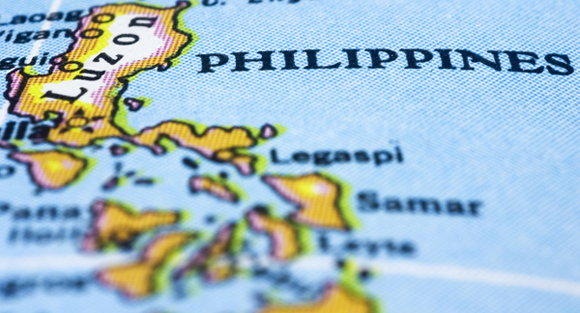 An expat in the Philippines talks about what it's like moving to Davao City. He wishes he had brought his golf clubs and shoes and left his scuba gear at home (no fish, no corals). He offers great advice about the pros and cons of typical types of expat housing.

An expat who has lived in Davao, Philippines for 10 years says that life in Davao revolves around socializing, eating, drinking and living a nice and happy life -- in and surrounded by nature. Although there is some work to be found in Davao, he explains that it's best to have remote Internet-based work from outside the country.

A Canadian married to a Filipina appreciates the low cost of living in the Philippines, the beautiful weather, the friendly people and that he can afford to live in a house that is a 5 minute walk to the beach. The poverty and bar scene bother him.

Culture shock is part of the settling in process. Knowing the different phases of culture shock and how other expats in Davao handle it can be very comforting. Help others preparing to move to Davao by filling out our Culture Shock Report.

What are people's priorities in Davao - work? family? socializing? What are the best ways to meet other expats? Are people accepting of racial, cultural and religious differences? Below are some of the responses from expats in Davao: Submit a Living Overseas Report

Parents are invited to answer questions about the schools that their kids attend (Pre-K through High School) in hopes of helping others moving to Davao with the school selection process. If you have expat children who attend school in Davao, take a few minutes to submit a School Review.

Most expats have have "dreams" (and fears) about the expatriate experience before they moved to Davao. If you are already living in Davao, share how those "dreams" have been fulfilled, and how they have not by filling out our Dream vs. Reality Report.

Retiring abroad can be a great option for retirees seeking their dream lifestyle at an affordable price. Help other retirees, who are thinking about retiring in Davao, by filling out our Overseas Retirement report. Below are some of the reports from expats in Davao: Submit a Retire Abroad Report

Having a Baby in Davao Reports

How did expats choose their doctors, midwives, hospitals? What is childbirth like in Davao? Below are some of the reports from expats in Davao: Submit a Having a Baby Abroad Report

What's it like to find a job in Davao? How difficult was it to obtain a work permit? What types are jobs are typical for expats in Davao? Help others following in your footsteps by filling out our Working Abroad Report.

Get a quote for expat health insurance in Philippines from our partner, Cigna Global Health.
Get a Quote

The Philippines attracts the interest of expats from all over the world - truly has a lot to offer for a variety of different people. However, it's also important to understand the pitfalls that can be avoided with appropriate homework and preparation. (more)

Expats moving to the Philippines join others that have moved there for work or a lower cost of living during retirement. It's critical to understand what the realities of living there are, but those that successfully make the adjustment believe it is a good place to live. (more)

Best Places to Live in Philippines

With its low cost of living, beautiful beaches, bustling cities and hot climate, expats have been flocking to the Philippines for years. Here are six of the best places for expats to live in the Philippines. (more)

Real estate listings in popular cities and towns in Philippines.

Pros & Cons of Living in Philippines

Take off your rose-colored glasses and learn what expats have to say about the biggest challenges and the greatest rewards of living in Philippines.

10 Tips for Living in Philippines

Expats seem to unanimously agree that the best thing about living in the Philippines is the Filipino people. The cost of living is another thing to love. (more)