Yes, before I have lived and worked all over the US and Korea while traveling to Japan, Viet Nam, Thailand and now I live in The Philippines.

Get FREE quotes from up to 6 international movers from The Relocator. Save up to 50% on your move to Saudi Arabia! The Relocator offers an easy and free service to receive quotes from renowned and certified movers worldwide. They only work with qualified moving companies. Over 500 movers worldwide have already joined their service to help you get the best price and service for your international move. Get your moving quotes.

The "honeymoon stage" never happened since I was first taken direct from Bahrain to a desert outpost on the border with Kuwait. Everyone in the town either worked for the oil company or in some support business.

It was very odd to see ZERO women of any kind and when I would visit another town to shop, to find I was not even allowed to ask where something was to be found in a market.

It was very irritating to go shopping & the stores suddenly close for prayer several times a day. It is no wonder nothing gets done there.

I found the men to be extremely lazy and thin skinned which tended to raise my anxiety level.

I come from a place where hard work is valued, not frowned upon and found it very frustrating to be always "negotiating" more time off with the students. On one hand I was required to teach and on the other hand, not to push the students too hard because they would report my efforts at maintaining classroom decorum as being "culturally insensitive."

Abnormal (lack of) male/female interaction that led to a huge number of homosexual advances being made by the obviously sexually frustrated men.

Yes, my first day there I urinated in the urinal only to find that was where men sat to wash their feet.

Don't go to that terrible place ever. Even the food is bad. They eat sheep and everything is slathered with curry powder. Saudi also has the highest highway death rates in the world.

Talk with Expats in Saudi Arabia

If you're not involved in our Saudi Arabia Forum, it's a great place to meet others in your area, get answers to questions about moving to Saudi Arabia or offer advice to a newcomer.

Expats who want to move to the Saudi Arabia should fully explore what it means to move and live there. Read a lot of comments from people who live in Saudi Arabia, and have for a number of years.

Expats who want to move to the Saudi Arabia should fully explore what it means to move and live there. Read a lot of comments from people who live in Saudi Arabia, and have for a number of years....

I'm not sure this is a real report. I was reading this assuming you were very unlucky to encounter every single negative aspect of Saudi society and gain NOTHING positive about the experience(I suppose it could happen)- that was until I read that you pissed in an area made for cleansing the body of impurities in preparation for prayer. I'm not even muslim and thats extremely offensive, I would of expected you got a flogging for that to be quite honest, if it were true. Especially if you were in the more conservative Riyadh area. You also seem to answer some of the questions in this report with very little effort, which further gives credence to my idea that this is a false report. Submitted for reasons that are to be honest, beyond my comprehension. PS: You do sound quite 'culturally insensitive', to be frank. Negative generalizations; of which there are a few in your 'report', are rarely useful and only serve to discredit your intelligence. I woul advise anyone who comes across this report to take with a rather large bag of salt.

Actually, this report is probably real. I've met some Westerners here who are extremely bitter about Saudia and have nothing good to say. Some of these people pull 'runners' (leave for a scheduled vacation and don't return) when they're at the breaking point but others remain for financial reasons, which makes them even more bitter and angry. My advice is to try to stay away from these people--they're toxic.

Expats who want to move to the Saudi Arabia should fully explore what it means to move and live there. Read a lot of comments from people who live in Saudi Arabia, and have for a number of years.

10 Tips for Living in Saudi Arabia

Saudi Arabia is an expat post that some love and some find incredibly challenging. Expats offer tips about living in Saudi Arabia - from the conservative dress to rules for Western women and more. 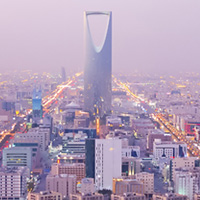