A woman who was born in Colombia and left when she was four years old moved back 58 years later to search for a place to retire. The challenges for her are getting a better grip on the language, making friends, learning to pace herself, and being patient and tolerant.

I obtained dual citizenship with Colombia last year as I was born in Bogota in 1953, but hadn't been back until 2014. (My American parents took me back to the USA when I was 4 yrs old). I lived in the Dominican Republic for half a year in 1986. I also had friends in Brazil whom I visited for the 1982 Rock in Rio concert and ended up staying for another 6 months. I went to Hawaii as a Traveling Nurse and was given cross-cultural training to work in a large Honolulu hospitals. I ended up staying in Hawaii for almost 30 years.

I began studying Spanish in June 2014 using Rocket Languages. When I went to Bogota, I signed up for language classes and studied intensively for two weeks. When I returned home I continued studying with a tutor from the school in Bogota via Skype for 4months.

Not really. I had traveled the world and lived briefly in other countries so I felt like "Culture "Shock" wasn't going to happen to me!

Get FREE quotes from up to 6 international movers from The Relocator. Save up to 50% on your move to Colombia! The Relocator offers an easy and free service to receive quotes from renowned and certified movers worldwide. They only work with qualified moving companies. Over 500 movers worldwide have already joined their service to help you get the best price and service for your international move. Get your moving quotes.

Things like no hot water in the kitchen sink or bathroom sink are annoying, but I can always heat up water on the stove. Putting dirty toilet paper in the wastebasket was something I learned in Brazil. Having to worry about being safe on public transit and in the street I was familiar with from living in Manhattan, NYC in the late 70s but had easily forgotten about living on an island for 30 years where I never locked my doors. The things that are hardest to deal with are the confusing bus transit routes, the capricious climate and the millions of people in this city.

The Honeymoon phase was definitely present the first two weeks after arrival along with a bit of irritation. I would have to say that I am now in the "disappointment" phase. I have not been here long enough to experience any other phases.

Anxiety is a big one for me. Trying to conduct business without enough knowledge of the language is nearly impossible. Asking for directions in Spanish, I can do, but my ear is not acclimated enough to understand what the responses are.

The new culture is invigorating, energetic, exuberant, fast-paced, challenging and exciting. I so needed a change from Hawaii where I had become bored and complacent.

The people are very sincere and helpful. They are happy and easy-going and really know how to have fun.

The family unit is so close and includes most of the family tree, all of whom go to church together, visit each other frequently, even travel together. Most U.S. families that I know are no where near as close knit as those of the Colombian culture.

The challenges for me are getting a better grip on the language, making friends, learning to pace myself, and being patient and tolerant.

I don't want to be over-dependent on friends but at the moment I don't have another choice.

My biggest challenge will be finding a suitable place to retire in this beautiful country that has so much to offer. And being a single woman without any family making this journey makes me feel very much like an odd ball.

One evening, after walking a lot more than I am used to, I came out of a department store and it was dark. I didn't want to walk home the 20 blocks to my residence, so I flagged a SITP bus. Not knowing that you tell the driver where you are going, then pay when you get on, I just got on and sat down. After watching a few more passengers I realized I needed to go talk to the bus driver, who, luckily, had US and UK flags hanging behind his seat to decorate the partition. As soon as I opened my mouth my broken Spanish became evident to everyone on the bus. A man in the first row offered to tell me when my stop arrived, the lady sitting next to me wanted to know where I was from, what I was doing in Bogota and why I was alone. Another person asked me if I was afraid. When I got off the bus all the passengers were waving and smiling at me! I felt so embarrassed! I had completely and unwittingly broken the timely Bogotano Tabu of "No dar papayas!", which means, don't call attention to yourself.

Be patient with yourself. There is a learning curve to everything. Try to have a companion, close friend or point of contact in the new location that you can talk to honestly and share feelings with. Skype or email just doesn't cut it. Take care of your health and safety. Wash your hands frequently, wear glasses and a face mask if you are sensitive to pollution in the cities, or catch colds easily. Get advice on where and when it is safe to walk alone. Eat healthy, get enough rest and try to minimize stress, which can sometimes be very difficult to do. 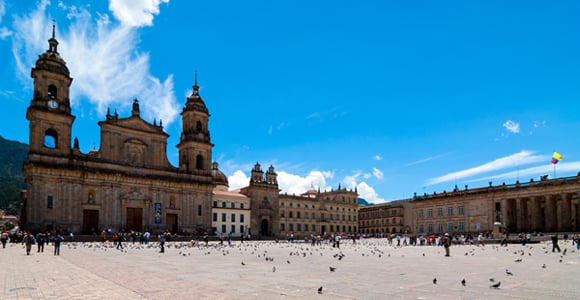 Guide to Living in Bogota

Expats offer advice for others considering a move to Bogota, Colombia. Topics include safety in Bogota, best neighborhoods for expats, international schools in Bogota and more. 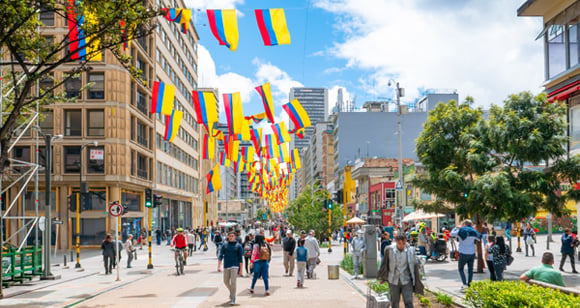 An expat in Bogota, Colombia provides some perspective on the process of settling into the Colombian culture, and the value of having lived abroad before.

An expat living in Bogota, Colombia advises others to start learning the language before you go, prepare for significant culture shock, understand that "yes" sometimes means "no" and be careful on the roads.

Visit our Colombia Forum and talk with other expats who can offer you insight and tips about living in Bogota, Colombia.

10 Tips for Living in Colombia

Colombia is an up-and-coming expat destination. With it's low cost of living, and wonderful people, Colombia has a lot to offer.

6 Best Places to Live in Colombia

9 Tips for Buying Property in Colombia

Expats in Colombia share insightful tips for buying property in Colombia. If you're thinking about buying real estate in Colombia, there is much to learn from their experiences.

12 Important Tips about Healthcare for Expats in Colombia

Would like to recommend a good friend about your age who lives in Barrio Veraguas who would make an excellent guide around Bogota. She knows city inside and out and is familiar with US culture.

Guide to Living in Bogota

Expats offer advice for others considering a move to Bogota, Colombia. Topics include safety in Bogota, best neighborhoods for expats, international schools in Bogota and more.

Support your favorite restaurants in Bogota as they recover from the pandemic. Submit a free listing for them on Expat Exchange to help spread the word about them to the expat community.

An expat in Bogota, Colombia provides some perspective on the process of settling into the Colombian culture, and the value of having lived abroad before.

An expat living in Bogota, Colombia advises others to start learning the language before you go, prepare for significant culture shock, understand that "yes" sometimes means "no" and be careful on the roads.

10 Tips for Living in Colombia

Colombia is an up-and-coming expat destination. With it's low cost of living, and wonderful people, Colombia has a lot to offer.

6 Best Places to Live in Colombia