Summary: Expats living in Sweden appreciate the kind, calm Swedish people, enjoy outdoor-life in Sweden and can join numerous clubs for expats. Taxes, the high cost of living and difficulty learning Swedish are among the challenges they discuss. 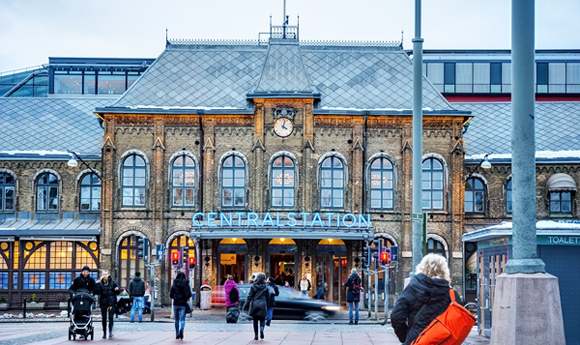 Expats living in Sweden talked about meeting people in Sweden and local clubs and organizations. Stockholm has a wide array of expat clubs and activities. The American Club of Sweden holds "third Thursday" gatherings at the Hilton in Stockholm. International Women's Club of Stockholm hosts coffee mornings, luncheons, tennis groups, book circles and much more. American Women's Club of Stockholm has a movie club, luncheons, a 20 and 30 somethings group, wine tastings and more. Hash House Harriers has a group in Stockholm, too.

We asked expats in Sweden what they appreciated about their new culture. Here's what they had to say:

"Kind people willing to take time to get to know you. Use of bikes instead of cars when possible. Living simply and without a ton of 'stuff' we American's seem to accumulate over the years," said one expat living in Karlstad, Sweden.

"The calm of the people, the friendliness and the tolerance and their belief in the normative power of facticity. I mean that they know in the end anyone can and will adapt to their relaxed way of being," mentioned another expat in Sweden.

The Most Challenging Aspects of Living in Sweden

Then, we asked expats in Sweden what was most challenging about their new culture. They replied:

"Learning Swedish. The tax situation. Finding a home that has what I want in the area I's like to live," said one expat living in Karlstad, Sweden.

"Everything is different but no one tells you about it because it is so obvious but you do not see it. It's like a maze and you struggle and struggle and no one sees you struggling," mentioned another expat in Sweden.

"I wish I had brought: My comfortable king size bed. One year's supply of large sized shoes - Contact lenses and solutions. I wish I had left behind: My lifetime supply of books. T-shirts - you can only wear it for 3 months in a year! My mobile - no one calls," said one expat living in Stockholm, Sweden.

"I wish I had brought some American measuring cups/tablespoons. It was too much trouble to have to convert all my American recipes to metric. Wish I had also brought cold/flu medicines, because you can't find the strength you're used to in the US, except in prescription form. I wish I had left all my dress clothes, because I wasn't working in an office setting, and so they were very impractical to have and not used. Also wish I had left most of my shoes (especially the ones with heels), because those are impractical as well. Goteborg was very rainy and snowy, so some of my shoes were just ruined," mentioned another expat in Sweden.

We asked expats in they learned the language before they moved, once abroad or are still planning to learn the language. They explained:

"I speak very little Swedish. I have been learning on and off for over 2 years. Most of the people I meet love speaking English and rather that over Swedish. That has been difficult to overcome," said one expat living in Karlstad, Sweden.

"I knew part of it before I moved here. Actually the language was never a problem since it's half English and half German, at least as long as you do not want to write a book or work as a journalist," mentioned another expat in Sweden.

What is it like living in Sweden? Here is what people had to say:

"People in Uppsala are academic-oriented, or are mostly blue-collar workers because of the university. Work in Uppsala is varied, but those who are in technology or engineering are usually paid better. Family is important in Sweden, and might be hard to get invited to a traditional Swedish home at first for outsiders. Socializing is not as liberal as, say Ireland, but Swedes are respectful and courteous to newcomers. Sports is academically oriented, but observance of the national team is paramount for football (American: Soccer)," said one expat living in Uppsala, Sweden.

"The outrageous cost of living expenses and the high tax tacked on top of everything you buy and own, has also made me rethink how I plan my future here in Sweden. I really do love the people and the country's beauty, but to work until I'm able to retire here in Sweden, just doesn't seem to be the best option for me," confessed another expat.

Deciding Where to Live in Sweden

When we asked an expat living in Stockholm to offer newcomers advice about choosing a neighborhood and finding a home, she replied, "My husband was very particular on where we would live. Believe it or not, there are slumps in Sweden and Swedes are so careful about where and how they live that "addresses" are important statements of their "class". We got a tip through some friends."

"If you enjoy a socialist-type of government and you enjoy the company of more university-bound people, then Uppsala, Sweden, is a nice town to live ! There is a variety of outdoor activities to experience, the people treat you with respect, and most citizens have a humble lifestyle in this town," said one expat living in Uppsala, Sweden.

Visit our Sweden Forum and talk with other expats who can offer you insight and tips about living in Sweden.

10 Tips for Living in Sweden

Expats in Sweden confess that culture shock can take you by surprise. But, once they learn to adapt, they appreciate the beautiful weather, relaxed lifestyle and bike-riding culture.

Christmas is a wonderful time of year. Here are 10 of the best places in the world to get in the Christmas spirit.

Expats living in Sweden appreciate the kind, calm Swedish people, enjoy outdoor-life in Sweden and can join numerous clubs for expats. Taxes, the high cost of living and difficulty learning Swedish are among the challenges they discuss.