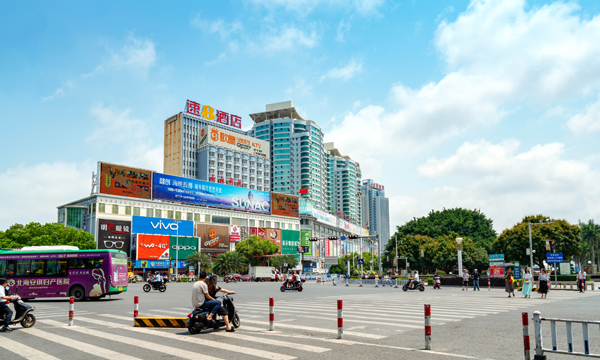 Expat Guide to Living in China

Whether you're already living in China or preparing to move to China, our Expat Guide to Living in China offers articles and reports submitted by expats about expat life in China. For answers to specific questions, visit our China Forum to talk with expats in China. 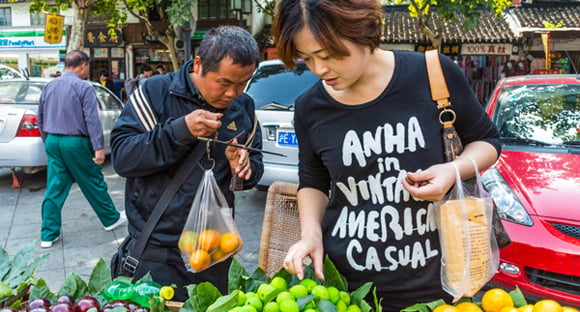 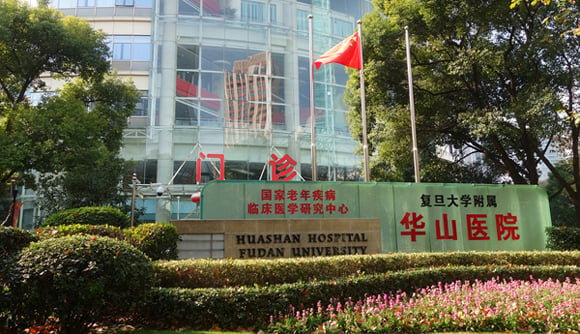 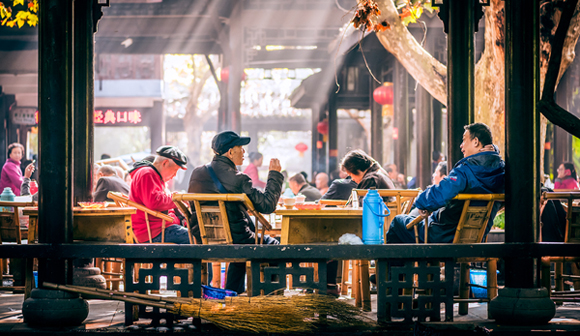 15 Expats Talk about Moving to China

Expats talks about the adjusting to China's squatty toilets, spittoons and small shoe sizes. But, these challenges are outweighed by the friendly Chinese people, affordable tailors on every corner and a surprising number of bakeries.

5 Tips for Living in Qingdao, China

An expat in Shenzhen, China discusses health care and health insurance in Shenzhen. She advises expats who don't speak Chinese fluently to bring a someone who is fluent with them to doctor's appointments and to the hospital if there are ever any medical emergencies. 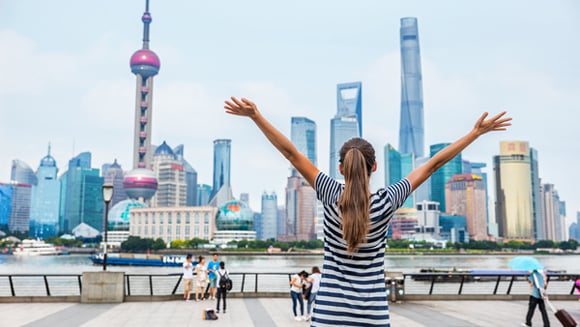 An expat in Shanghai wishes she had brought more walking shoes, winter socks and OTC medications. She advises apartment hunters to make sure everything in the apartment works before you sign the least. 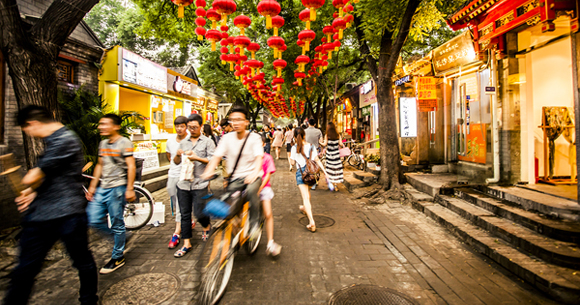 An expat in Beijing talks about moving to Beijing. She advised others to leave your high heels at home to avoid sprained ankles, consider living in a serviced apartment the first few months and get help from a local when choosing your location in Beijing. 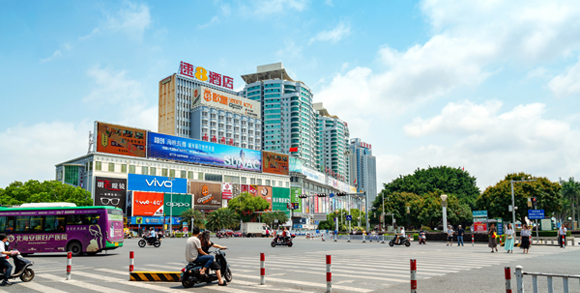 Beihai is a large port city on the southwest coast of China with a population of approximately 500,000. An expat who moved to Beihai offers an in-depth view of life in this growing city. 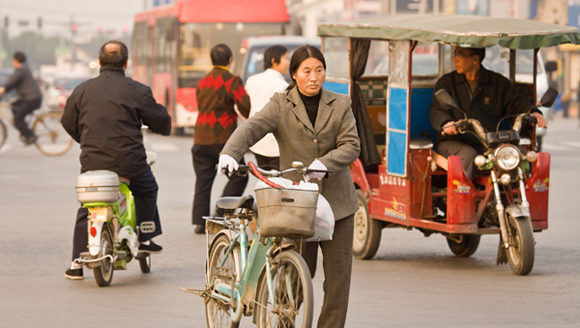 An expat in Suzhou, China offers great advice about getting to know other expats in Suzhou, acclimating to a new culture, where to live and more.

An expat in Tainjin talks about expat life in China. Tainjin has lots of pollution, lousy winters and hot sticky summers. Having an airport and train station are very convenient. Plus, being 2 hours from Beijing is a major bonus. 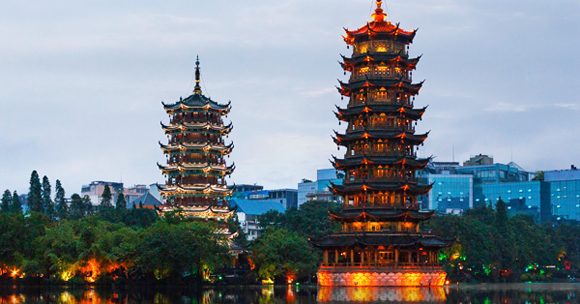 Dream vs Reality of Living in Guilin, China

An expat talks about how his initial life in Guilin, China

An American retiree in Nanning, China appreciates the low cost of living and friendly locals. Unfortunately, the traffic is horrendous -- motor bikes are the fastest way to get around.

What are people's priorities in China - work? family? What are the best ways to meet other expats? Are people accepting of racial, cultural and religious differences? Below are some of the responses from expats in China: Submit a Living Overseas Report

Reviews of Schools in China

Reviews and school profiles from expat parents and even a few school administrators in China. Great place to find insight into school facilities, teachers and curriculum. Below are some of the reviews from expats in China: Submit an International School Review

Dream vs. Reality of Living in China Reports

Most expats have have "dreams" (and fears) about the expatriate experience before they moved to China. If you are already living in China, share how those "dreams" have been fulfilled, and how they have not. Below are some of the reports from expats in China: Submit a Dream vs. Reality Report

Retiring abroad can be a great option for retirees seeking their dream lifestyle at an affordable price. Help other retirees, who are thinking about retiring in China, by filling out our Overseas Retirement report. Below are some of the reports from expats in China: Submit a Retire Abroad Report

Having a Baby in China Reports

How did expats choose their doctors, midwives, hospitals? What is childbirth like in China? Below are some of the reports from expats in China: Submit a Having a Baby Abroad Report

What's it like to find a job in China? How difficult was it to obtain a work permit? What types are jobs are typical for expats in China? Below are some of the reports from expats in China: Submit a Working Abroad Report
Additional Articles

Expats living in China find learning Mandarin a big challenge, but most say that learning even a little is very worthwhile. They also agree that the spitting, squat toilets and Chinese culture take some getting used to. Expats share their tips and experiences living in China.

Rob Kellaghan shares 5 top tips for families relocating to Shanghai - from where to live to how to meet people.

Modernism and traditionalism, communism and capitalism – all seem to be living comfortably side by side. It's amazing how the Chinese have achieved this as it certainly is not an easy mix to deal with.

Hired in Shanghai: How I Did It

Blogger, Camden, shares tips for finding a job in Shanghai.

Want to teach in China? Here's what you need to do

Practical information about how to get a job teaching in China.

Expat Alex Phillips shares his adventures moving to Shanghai to learn Chinese - he tells how he chose his language school and where to live to his cultural impressions and practical advice for others moving to or traveling to Shanghai.

There's more to speaking the language than just mimicking the right sounds. Walt explains how one's meaning can be utterly lost without the right subtlety -- a subtlety that comes only with time, practice and a basic foundation in the language.

There are plenty of things to consider when you invest in China. Spencer Jan shares ten tips for anyone considering investments there.

Negotiations in China is a tough thing to master. But with enough practice and a little preparation, you'll do fine. I hope the above tips help you out on your next trip to China.

10 Tips for Moving to China

With its booming economy and increasingly better standards of living, China is a major destination point for expats from all over the world. Author Navjot Singh offers great tips for newcomers to China.

Culture Shock: It's the Little Things That Count in the Biggest Ways

This hilarious article for expat author, Desi Downey, is a must read for anyone preparing for expat life and those grappling with the stages of culture shock. If you're having a challenging expatriate day, this article will life your spirits!