Moving to France? Get a health insurance quote from our partner GeoBlue. With access to over 1.7M medical providers in 190 countries around the world, GeoBlue provides members with solutions and industry-leading digital services - ensuring top-quality coverage to people who live, work, study and travel internationally. To speak with GeoBlue's Sales Team, call 1-855-216-9486 (US) or e-mail .

Not planning to learn the language

Moving to France soon? AGS Worldwide Movers is a leader in the international moving industry. Their experience and expertise allows them to guarantee their clients the best quality moving services. Get a moving quote today.

I merely dislike most of how things are organized in France. I prefer freedom which is lacking here. I still shop by phone in the USA and have everything sent to me. I refuse to shop in France for anything except medical care and food.

No. There was never a "honeymoon stage", as I moved to France due to the economic crisis.I

I notice I get angry when I order something, pay for it, and they refuse to return your money when the product is defective or improperly prepared.

I also dislike the lack of customer service here. I understand all transactions here must be final in order for the state to be certain of its revenue. This is why I refuse to shop in France.

I like they are helpful when you are lost on the streets. I also like they have helped my 87 year old grandfather when he goes shopping. I also appreciate that all members of the family are invited to dinner.

Just getting used to the French who are always afraid and scared. This is due to their training to be docile to authority. France is run like a civilian military, so you have to do things accordingly, but all is administered by uncaring state agents. I

I dared to think the stores would be open daily, so often I forget and show up at the bakery when it is closed.

It's really easy to know about another culture these days. Everything is knowable by doing your homework before you go.

Talk with Expats in France

If you're not involved in our France Forum, it's a great place to meet others in your area, get answers to questions about moving to France or offer advice to a newcomer.

Surveys and reports conducted by Expat Exchange, including during the COVID-19 pandemic, indicate that expats in France are more satisfied with their expatriate experience than any other country in the world.

Surveys and reports conducted by Expat Exchange, including during the COVID-19 pandemic, indicate that expats in France are more satisfied with their expatriate experience than any other country in th...

Expats in France: 5 Movies to Get You Excited About Living in France

Here are 5 movies set in France - most are set in Paris - but one is not. They are modern and classic - enjoy them all and explore where they were filmed - if you're lucky enough to be an expat in Fr...

Thinking of moving to or buying a second home in Provence? David King from Winkworth International shares 4 reasons why Provence is a great place for expats to buy property.

Thinking of moving to or buying a second home in Provence? David King from Winkworth International shares 4 reasons why Provence is a great place for expats to buy property....

Moving to France: 8 Things to Know Before You Move to France

Expats all over the world dream of someday making France their next destination. As with other countries, there is a lot of planning involved, and a lot of decisions to be made. Find important advice...

I am horrified by your responses. We have lived in France for the last 14 year. It seems to me that you are just not willing to take on the French lifestyle. Everywhere in the world one goes, one has to deal with paperwork and admin. The French are generally friendly and helpful people. Their enjoyment of life is important to them. They are also extremely hospitable and willing to help. As for being afraid and scared... who are you meeting? As for shopping... it's no different in any other country. I am sorry your experiences are so negative, but then I find the US over regulated and structured.

If this person is so fired up about his dislikes for France and the French, perhaps he should move. In my opinion he has all of the characteristics of the so called Ugly American, or whatever nationality he is.

Why go to France if dislike it somuch? Not learn the language? That's a sure sign of this person's attitude!!

I get what everyone is saying about "why go to France if you don't like it?" and similar comments, but I also think it's unrealistic to think everyone is going to like living abroad. People move overseas for complicated reasons sometimes, and it doesn't mean they have to like it. This isn't a perfect world.

What you may really be suffering from is the recognition that the French do not need you, or your money. There are many poorer nations (economically) that cater to foreigners because they like the foreign exchange. That's why you can't get any American Fries in France.

You said you moved to France due to economic crisis. In what areas are living expenses less? We are considering moving to the L-R region from Dallas. Thanks!

This paranoid attitude is a surefire way to be disliked and snubbed by most French people: can't you even try to learn a few French words? The French will be very appreciative if you try to speak even garbled French. When I lived in Morocco, I learned enough Arabic to get by, I enjoyed doing it, I understood better what was going around me, I could shop and bargain, and it made it easier to be accepted locally. And your ignorance of the basics of French history would be amusing if it was not expressing so much prejudice and fear: no the French people are not trained to be docile to authority: quite the opposite--unfortunately--France has to be the Western country with the highest number of revolutions, riots etc. Still now, one of the biggest problems here are the frequent strikes, specially in the "fonction publique" (State bureaucrats); frankly, I would love it if the French became more respectful of authority, as they tend to be less disciplined, more anarchic than Northern Europeans. Regarding your refusal to shop in France except for food, it's bordering on the absurd. Based on the contempt you are expressing , and your fear and distrust of everything and everyone here, you are going to be very unhappy in France. Don't be surprised if the French do not treat you well, this would be a totally understandable reaction..

I read your comments and wanted to reply. I have been here for a year and moved here for my French husband (who is wonderful), but it has been much of the same experience you wrote about. It has been over a year and I did find good employment quickly but everything else is sub par. I agree with you shopping and want to suggest to try to go to Germany where there is much more of a selection and things are priced more reasonably. I think there are also "American" and "UK" stores in Munich and Nuremberg if you want to purchase something from your home. I hope everything gets better for you and try not to take other people's bashing your comments to heart. Feeling isolated is tough enough, none the less a forum that is not supportive. Try to find expat groups in your area too. There aren't any in mine - LOL!

What type of individual moves to a country, then refuses to learn the language, then complains about said country? An appalling post showing a dreadful attitude - the term "ugly American" comes instantly to mind.

France Forum
Join our France forum to meet other expats and talk about living in France.

Expats all over the world dream of someday making France their next destination. As with other countries, there is a lot of planning involved, and a lot of decisions to be made.

10 Tips for Living in France 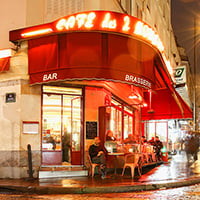 Expats in France: 5 Movies to Get You Excited About Living in France 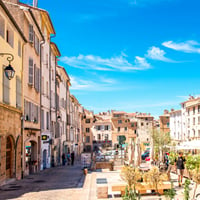 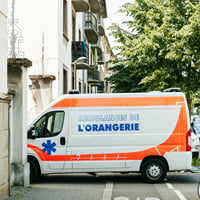 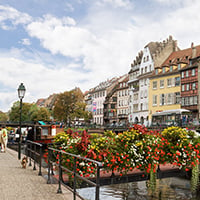 7 Reasons Alsace is Such a Special Part of France 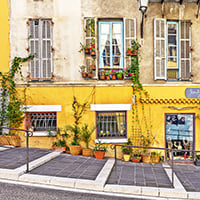 5 Tips For Living in Nice, France 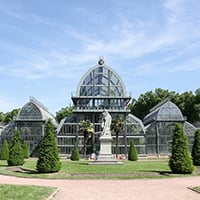