An expat in Brisbane confesses that she is stuck in the rejection stage of culture shock. She has found the locals to be unwelcoming and is having a difficult time getting out and meeting people.

A little. I expected resources to be different and for the cost of living to be higher.

All of the above except the cultural adjustment phase, I seem to be stuck in rejection.

The people. Not nearly as friendly as their reputation implies. I have found the majority of people in Brisbane to be rude, superficial, and occasionally nasty. Very close minded and prejudiced. There seems to be a general feeling of apathy towards strangers. People don't help each other out and don't seem to care. Lack of manners. Poor sense of community.

Not that I know of.

Information about healthcare, expat health insurance and hospitals in Australia. 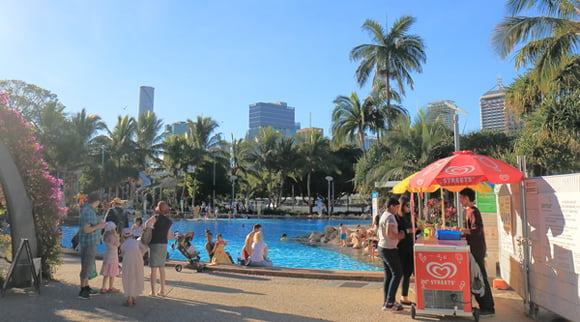 Visit our Australia Forum and talk with other expats who can offer you insight and tips about living in Brisbane, Australia.

Hi there Thanks for your posting & so sorry to hear that you're feeling this way about living in Ozland. I'm an Aussie (from Adelaide) but have travelled widely and lived in different parts of Australia as well as overseas (China, UK & east Africa) so feel I have some ability to comment on the Australian psyche & behaviour. In fact, it's one of the reasons I spend quite a bit of time away from Australia! Unfortunately, many people arrive in Australia thinking people will interact in the friendly way as seen on 'Home & Away' or 'Neighbours' - sadly this is not the case! Also, Brisbane and Qld in general is probably one of the most conservative & racist regions that you could live in. If you are a more genteel soul with an open mind and perhaps not so conservative views I would suggest you consider moving to Melbourne & living in one of the not too far out of the city suburbs (e.g. Brunswick, St Kilda etc). If this isn't possible, the only way to survive is to join groups in Brisbane that reflect your own social views - they do exist but may require some digging! Good luck & feel free to PM me if you'd like to discuss this further or just want to vent! Best wishes Jwana

Hi there. I moved to brisbane 6 months ago and am going through similar. If you want to meet for coffee I would be happy to do that.

Support your favorite restaurants in Brisbane as they recover from the pandemic. Submit a free listing for them on Expat Exchange to help spread the word about them to the expat community.