Summary: Many Brits retire to Spain, Australia, Canada, and America and these countries have thriving expat communities. Ella Jameson talks about other retirement destinations that are sometimes overlooked.

There are millions of Brits spread out around the world, although there's a few places they seem to gravitate to most. There are significant expat communities in places like Spain, Australia, Canada, and America. It seems like it's still worth emigrating for the average retiring Brit, so what if you want somewhere a bit different?

Here's a rundown of four places that might not spring to mind straight away.

This country has been lacking in positive headlines the last few years. Wracked with debt brought on by the recession, large anti-government protests, and an economic crisis may have caused you to disregard it as a place to live, but it's not all doom and gloom.

For a start, property prices here are some of the lowest in the world. That means you can snap up a place you'd never dream of affording back in the UK. That's a decent enough incentive on its own, but head far enough south and you can enjoy decent and warm weather. That's without the incredible landscapes and islands to enjoy too.

The culture and food here is top notch as well, while who can ignore their rich history? The cradle of democracy and philosophy. How can you resist that? 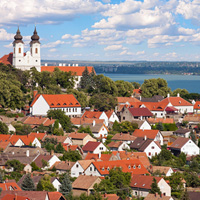 Hungary is a country you might know little about past its capital being Budapest. It has its own very unique language which is unlike any other. This might make it seem impenetrable to the average UK resident, but you couldn't be more wrong.

This country perfectly combines the cultures of Eastern and Western Europe, so it won't be as much of a culture shock as you might think. If you're adventurous, you have a lot to choose from here with impressive mountains, the incredible Danube River, and large expansive forests.

We won't claim it's the easiest country in the world to get settled in, but it's worth the extra effort in the end. There's a reason the place is so popular with tourists and it's those same reasons that make it a great place to call home. 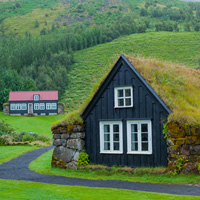 Now, this is for the ones who really want to step out of their comfort zone. Iceland boasts the most northerly capital in the world and some freezing weather. Just like the Norwegians, they've adapted to it perfectly, but this country is far wilder.

Reykjavik, the capital, is modern and advanced, so don't worry about missing out on any creature comforts. It's also just a 40 minute drive from the Blue Lagoon spas where, if you'd like, you could while away your days drinking cocktails in water warmed by the nearby volcanoes. Speaking of volcanoes, there's a number of which are still active.

There's also the chance to see the wondrous Northern Lights in Iceland, which is a sight to behold. In the end, it's an excellent place to call your home, but you'll need to be tough if you're going to get used to the cold. But no pain, no gain, right? 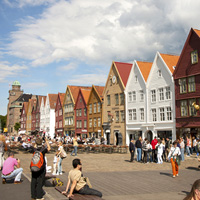 You might be wanting to leave the UK to get away from the weather, so you could have scratched Norway off your list straight away. Obviously it's much colder over there, but that's not a reason to discount it. They know how to keep their homes and buildings fully heated - even by using ice cold water - while their infrastructure doesn't collapse as soon as there's a bit of snow.

You might have been put off by the cost too, we have to admit that Norway can be a pretty expensive place to live. It's not impossible though, while if you wanted to do a bit of work while you were there, you get to enjoy some of the highest wages in the world. That's not to mention it has one of the best public health services on the planet so no matter what happens, you'll be looked after when you're there.

In the end though, it's a breathtakingly beautiful country with a welcoming and friendly people - many of whom speak English which is great while you're trying to pick up the lingo.

Retire to Fiji in the Southern Hemisphere, a former British Colony, virtually free of crime and invasion like that happening to Western Europe and the U.K. Consider our affordable 'Paradise Village' on Vanua Levu just outside Savusavu . http://www.viviun.com/AD-253979/

Also consider FIJI, a former British Colony, in the South Pacific, Retired or about to retire in Britain, escape the savage machete attacks now occurring 1 every 90 minutes; FIJI has wonderful tropical weather year-round and the country is SAFE & English-speaking ! http://www.viviun.com/AD-253979/

An Expat Talks about Culture Shock & Living in Hannover, Germany

Do you need to learn German before moving to Hannover? What are Germans like? An expat talks about living in Hannover, the cultural stereotype about German people being rude, healthcare in Germany a...

An expat in Huatulco talks about living in this remote part of Mexico, which is a 7 hour drive from the nearest city. He cautions anyone considering a move to be realistic about whether or not they can handle the isolation and remoteness.

An expat in Huatulco talks about living in this remote part of Mexico, which is a 7 hour drive from the nearest city. He cautions anyone considering a move to be realistic about whether or not they ...

New York City is widely regarded as one of the best places in the world for specialized health care. Here are some important medical resources for expats living in New York City.

New York City is widely regarded as one of the best places in the world for specialized health care. Here are some important medical resources for expats living in New York City....

Expats in Austria have access to highly respected private and public hospitals, English-speaking doctors and more.

Expats in Austria have access to highly respected private and public hospitals, English-speaking doctors and more. ...

Expats in Boston have access to excellent healthcare and hospitals attached to the best medical schools in the world. As with other parts of the U.S., it's imperative to know your coverage before you access any kind of care or purchase prescription medication.