Summary: Americans living abroad have lots of questions about filing taxes. Michael Tankersley covers some of the most common pitfalls and traps to avoid filing taxes abroad and in the US. 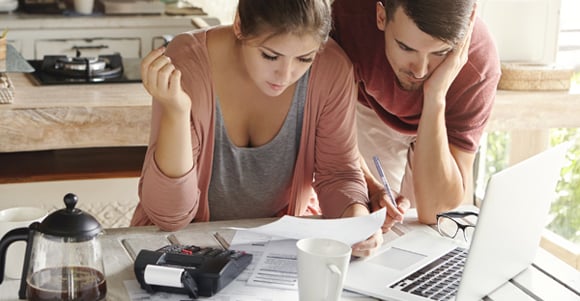 To ensure a smooth tax-filing process, you must be well informed. If you take up residence in a foreign country without exploring the tax ramifications, you may find yourself paying more than you expect to the U.S. government or your home state - as well as penalties and interest.

Some important considerations include…

Earning income while not in the US

You can deduct a substantial amount in earned foreign income from your U.S. taxes.

The IRS now allows US citizens and resident aliens, notably contractors or employees supporting the US Armed Forces in designated combat zones, to qualify for the Foreign Earned Income Exclusion (FEIE). The Bipartisan Budget Act of 2018, changed the tax home requirement for eligible taxpayers, allowing them to claim the FEIE even if their "abode, or home, is in the United States.

Prior to the passage of this law, these employees, contractors, etc. who maintained an "abode" in the United States, were unable to claim the FEIE. The justification being that their home is in the US and not in a foreign jurisdiction given a temporary contract or short-term nature of their employment. Although abode is not defined in the IRS code or regulations, it has been defined by various courts as one's home, habitation, residence, domicile or place of dwelling.

Most long-term US citizens living and working overseas qualify for the FEIE as they meet the bona-fide residency test and therefore the first $105,900 (2019 exclusion cap) of income earned in the foreign jurisdiction is excluded from US taxation. What country you are located in. Many countries have tax treaties or conventions with the United States, which will dictate how you file your U.S. taxes.

Which state you most recently lived in

Some states do not have income taxes; others make it difficult to sever your ties with that state.

The easiest states to work with are the ones that provide no relief from the double taxation of foreign income. It isn't a great outcome for the client, but it is usually pretty straight forward. These states are Alabama, New Jersey and Pennsylvania (2014 forward). California does not allow a remedy for double taxation from foreign income unless the client meets the conditions to be considered a nonresident under the safe harbor rules. There are several possibilities offered by the rest of the states to offset taxation by a foreign jurisdiction. These include allowing your client to be treated as a nonresident of their state of domicile while they are outside of the state, exclusions of foreign income under I.R.C. § 911 or a tax treaty, and deductions or credit for taxes paid to the foreign country.

You will need to look at each state's regulations to see which provision or combination of provisions is allowed for your client's situation, and further which combination of remedies provide the best overall outcome when all the taxing jurisdictions are considered. Below is a broad description for each type of relief-keep in mind each state will probably put its own spin on who may qualify to use it, as well as which of the following are allowed under that state's tax laws.

Are you collecting Rental income and/or dividends/interest from assets in the U.S.?

You must pay taxes on these exactly as if you were living in the U.S.

Being self-employed will affect taxes

Social Security Agreements with other countries

Any interest in or authority over a foreign financial account over a certain amount must be reported to the U.S. Treasury Department.

Foreign account owners needed to electronically fill out the FinCEN Form 114, also titled FBAR. The new FinCEN 114 included more information and had to pass through the Treasury's Bank Secrecy Act E-Filing System. This new FBAR did not replace an income tax filing but was instead a separate document to be submitted individually.

If you are a U.S. "person", you are required to complete and file a report of your foreign bank and financial account (FBARs) if:

If you do not file your FBAR by April 15, you will gain an automatic extension to file it by October 15.

How to Report your Foreign Financial Assets

Any financial account maintained by a foreign financial institution

Any securities, stock, or other interest in a foreign entity and any financial tool or contract with a counterparty or issuer not from the United States (to the extent held for investment)

Please note that the 8938-filing requirement doesn't replace or affect a U.S. taxpayer's requirement to file a report of foreign bank and financial accounts.

If you received income from contributions made to a foreign trust or received a gift from a foreign individual, you may also have to file Form 3520 or Form 3520-A.

FATCA requires any non-U.S. bank to report accounts held by American citizens worth over $50,000 or else be subject to 30% withholding penalties and possible exclusion from U.S. markets. By mid-2015, more than 100,000 foreign entities had agreed to share financial information with the IRS. Even Russia and China agreed to the FATCA. The only major global economy to fight the Feds is Canada; however, it was private citizens, not the Canadian government, who filed suit to block FATCA under the International Governmental Agreement clause making it illegal to turn over private bank account information.

Are You A US Expat with Questions?

Contact us today to learn more from our expat CPAs and IRS Enrolled Agents. We can answer questions and start on your US expat taxes.

Michael Tankersley, MBA, EA is with American Expatriate Tax Consultants and understands the tax complexities of U.S. citizens living abroad. American Expatriate Tax Consultants' dedicated team includes Enrolled Agents and CPA's who focus on expatriate taxes and can handle the most complicated U.S. tax returns, including FATCA and FBAR. With their convenient and secure remote service, you can work with their tax experts from anywhere in the world.

An Expat Talks about Culture Shock & Living in Hannover, Germany

Do you need to learn German before moving to Hannover? What are Germans like? An expat talks about living in Hannover, the cultural stereotype about German people being rude, healthcare in Germany a...

Can you move to Thailand without a job? Is it easy to work remotely? An expat in Ao Nang answer these questions and has a lot more advice about living in Thailand.

Can you move to Thailand without a job? Is it easy to work remotely? An expat in Ao Nang answer these questions and has a lot more advice about living in Thailand. ...

Healthcare in the US

Expats in the United States have to navigate one of the most expensive health systems in the world. However, when properly navigated, the quality of care is excellent when compared to the rest of the...

Our guide to Moving to Sweden offers tips from expats in Sweden about housing, healthcare in Sweden, making friends, best places to live and more.

Our guide to Moving to Sweden offers tips from expats in Sweden about housing, healthcare in Sweden, making friends, best places to live and more. ...