Summary: Expats in and around Monaco have access to one of the best playgrounds in the world for those that love life on the water. And if you're lucky enough to have a sailboat or yacht and want to sail up and tackle some of those amenities on land, Monte Carlo and Menton are just for you! 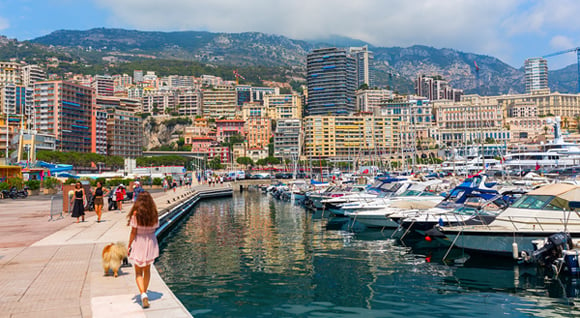 Long associated with the rich, famous, and royalty - think Princess Grace and her husband Rainier - Monaco is one of the best locations for yachting and sailing in Europe and beyond. It attracts people from across the globe, particularly in the summer, but at other times of year as well. Expats in Monaco, and those near it, truly have access to some of the most amazing coastal playgrounds in the world.

The Monaco Yacht Summit takes place each year in September. For those that live in or are moving to Monaco, you may want to consider the Yacht Club de Monaco, which has its own Marina . The club "meets all the criteria of the label La Belle Classe Destinations, an international network of marinas guaranteeing a high standard of reception, services and security."

Some of the people that come to enjoy Monaco do indeed sail right up to the various ports available, and others come by land and look to charter boats for a variety of reasons.

While the district of Monte Carlo is the most bustling and popular place in Monaco, the "principality" has gone out of the way to ensure that other areas are developing nicely as well.

Ports Available in (or Near) Monaco

Port Hercules is the only deep water port in Monaco. It has received several upgrades over the course of the last several years and is always replete with some of the most luxurious yachts in the world. Read a bit more about Port Hercules on TripAdvisor.

Port de Fontvieille "can accommodate up to 275 boats with a maximum draught of three metres," according to its management company's website. Read a bit more about it on Fonteville on Wikipedia and Port de Fontvieille on Trip Advisor.

The Port de Garavan is located near the French/Italian border. Good eats can be found right at the harbor at the aptly named Port Garavan.

And lest anyone forget, boating is a all about fun. So sailing into a slip and heading to shore for some of the best dining, clubs and gambling is just what the doctor ordered. Coming from the land? Then book a great hotel room and enjoy all of those same amenities.

From the look-see trip to the first day your family calls your new place home, moving abroad can be an exciting and stressful time. Share your experiences (the good AND bad) with those preparing to follow in your footsteps.

Visit our Monaco Forum and talk with other expats who can offer you insight and tips about living in , Monaco.

From the look-see trip to the first day your family calls your new place home, moving abroad can be an exciting and stressful time. Share your experiences (the good AND bad) with those preparing to follow in your footsteps.