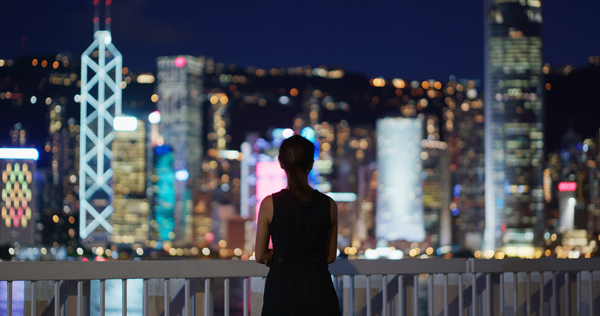 Summary: If you're moving to Hong Kong, gain insight from expats living in Hong Kong about making the move. Topics covered include what they wish they had brought (and left behind), visas, culture shock, cost of living and more. It's a must read for anyone thinking about moving to Hong Kong.

If you're thinking about moving to Hong Kong, read these tips from expats living Hong Kong. From what to bring (and leave behind) to culture shock, visas and more, their insight is invaluable.

"We had friends living here who advised us well on what to bring. We did bring way too much furniture though. HK apartments are generally smaller than apartments/houses in the USA and you won't need as much furniture. Plus, it's fun to have furniture custom-made here, so you will want to be able to have room for that! DO bring your beds and bed linens, though. Leave all of your appliances in the USA - you'll need a transformer to work them and it's not worth it," said one expat who moved to Hong Kong, Hong Kong.

Submit a Moving Overseas Report
Moving to Hong Kong soon? AGS Worldwide Movers is a leader in the international moving industry. Their experience and expertise allows them to guarantee their clients the best quality moving services. Get a Moving Quote

Moving to Hong Kong soon? AGS Worldwide Movers is a leader in the international moving industry. Their experience and expertise allows them to guarantee their clients the best quality moving services. Get a moving quote today.

Deciding Where to Live in Hong Kong

When we asked expats living in Hong Kong to offer newcomers advice about choosing a neighborhood and finding a home, they replied:

"We used a relocation company/agent to help us find our first neighborhood and apartment. It was great - but full of other expats. We wish we would have lived in an area with more local culture. Newcomers will want to think about that - do they want more local culture or comforts from home?," said one expat who moved to Hong Kong, Hong Kong.

"Choosing where to live is very personal. I used to live on a university campus where there was a great sense of community without the feeling of being in some sort of expat clique. I now live in a well-managed housing estate with excellent security and friendly staff but no sense of community. If you are an expat and want community, you may well have to accept being more separated from the local culture. It is a fact of life here that local people do not mix in the same way as back home. Do not be offended by this - it is a cultural norm, and not aimed at expats. My in-laws were truly shocked (not to mention my first next-door-neighbour, 16 years ago) when I went to the flat next door to introduce myself and invite the neighbours round for coffee. I still surprise them with my weird expat ways, but it doesn't matter - I decided long ago to be myself and to accept my neighbours as they were. It seems to work nicely all round," mentioned another expat when asked about moving to Hong Kong.

When we asked expats in Hong Kong about the type of home or apartment they life in and whether that is typical for expats, they replied:

"Our first apartment was a very nice, large (for HK) apartment in an expat neighborhood (MidLevels). Yes, I think most expats live in this area. The apartments in this area are generally Westernized (for example, they have ovens - many HK apartments do not!). I'd recommend the area to newcomers, then they can assess if they want a more walkable area with local culture (as we did). But we are happy that we started in MidLevels," said one expat who moved to Hong Kong, Hong Kong.

"I live in an apartment, which is typical for Hong Kong, but not for so many expats. Sadly, there are a number of what I can only call "expat ghettos", where well-healed expats choose to live, somewhat separated from the local culture. I find that a shame, but each to his own and all that. I am fortunate to live in a very large apartment. Compared with some of my Chinese friends I am very lucky - many families live in apartments of less than 1000 sq ft., and those in the public housing states are generally less than 500 sq ft. I have a friend in public housing who shares one room with her husband and daughter - they eat, sleep and ply there. There is no kitchen to mention, and the "bathroom" is a cubicle with a toilet, hand basin and shower."," mentioned another expat when asked about moving to Hong Kong.

"Housing costs are astronomically higher in HK than in the USA. I can't really say what the average cost is, as there is a large range depending on the neighborhood and size of the apartment. But it is much higher even than, for example, NYC. Most companies will subsidize housing, at least partially, even if you are a local hire," said one expat who moved to Hong Kong, Hong Kong.

"Substantially higher. $40,000HK gets you around 2000 plus feet per month depending on location," mentioned another expat when asked about moving to Hong Kong.

"Housing costs are much higher here. For the price of this flat, I could just about get a mansion in England. Our flat (3000 sq ft) here is not in one of the better locations, but it still cost 6,000,000 Hong Kong dollars in 1989. I am told I could get about 10 million for it now," commented one expat who made the move to Hong Kong.

"As I said before, just think about your priorities. Make a list. For example, is a spacious apartment more important than having Starbuck's outside your door? Do you want to be near the beach or would you rather have a shorter commute to work? Each area in HK has it's own flavor and, like any other city, it's plusses and negatives. Just think about what's most important to you, discuss with your family (if applicable) and your real estate agent. There's such a variety here, you'll be likely to find something that will meet (most) of your needs. Once you are here, get involved with local expat organizations, the YWCA, etc. And there are also lots of charities that welcome volunteers. These are great ways to meet people and stay active," said one expat who moved to Hong Kong, Hong Kong.

"I love the location - we have water views and back up against a mountain and there is lots of greenery around. Least favourite? Mosquitos! Go through an expat agency as opposed to a local agency as the expats agencys tend to understand what Westerners are looking for in accomodation. Local agencies seem not to understand certain requirements eg I went through three separate local real estate agencies and asked to see 4 bedroom apartments and I was shown one bedrooms with walk in alcoves, two bedrooms and three bedrooms. This is not a language thing but they kept suggesting that we could just squeeze in and I had a hard time explainign that my list of criteria was not really negotiable. Location was, price was but my needs weren't," mentioned another expat when asked about moving to Hong Kong.

"My favourite thing about Hong Kong has to be the feeling of safety. I feel comfortable to walk the streets at any time. The police to population ratio is very high and the crime rate consequently low. It also helps that alcohol is not a big problem here, although sadly, it is increasing. What is your least favorite? - my least favourite thing is the lack of community. I have lived in the same block of flats for 5 years and still do not know my neighbours. We exchange greetings but that is all. This lack of community is exacerbated by the middle class habit of employing alive-in maid. I am just about the only person I know who does her own cleaning. This isolates me and makes me appear a bit of a freak," commented one expat who made the move to Hong Kong.

We asked expats which banks in Hong Kong they use and their experiences. They said:

"Yes and no! I kept my UK arrangements as they were for paying Life insurance and Mortgages. After moving to HK via Singapore I decided it would be wise to use both an International Bank and a local one for different purposes. The advice I've been offered by Banks in general has been poor. Sound expat financial advice is difficult to obtain, too. Even my local Chinese friends and returning expat Chinese struggle with the Life Assurance products pushed by all Banks, Life Companies,etc. Nevertheless there are some good practices around," said one expat who moved to Hong Kong, Hong Kong.

Finding a Job in Hong Kong

If you're searching for a job in Hong Kong, expats talk about popular industries and how expats find employment.

"All kinds of jobs. Most seem to be in the service and financial industries. I have heard it is hard to expats to get jobs here right now but I do think there are some website to help you along the way. Do some searches. jobsdb.com is one place to look," said one expat who moved to Hong Kong, Hong Kong.

Visit our Hong Kong Forum and talk with other expats who can offer you insight and tips about living in Hong Kong.

10 Tips for Living in Hong Kong

Despite the crowds and high cost of living, Hong Kong lures expats from around the globe. Members in Hong Kong offer advice about where to live, international schools, meeting others in Hong Kong and more.

Hong Kong Forum
Join our Hong Kong forum to meet other expats and talk about living in Hong Kong.

Despite the crowds and high cost of living, Hong Kong lures expats from around the globe. Members in Hong Kong offer advice about where to live, international schools, meeting others in Hong Kong and more.

Our guide to moving to Hong Kong with lots of advice from expats on the ground.