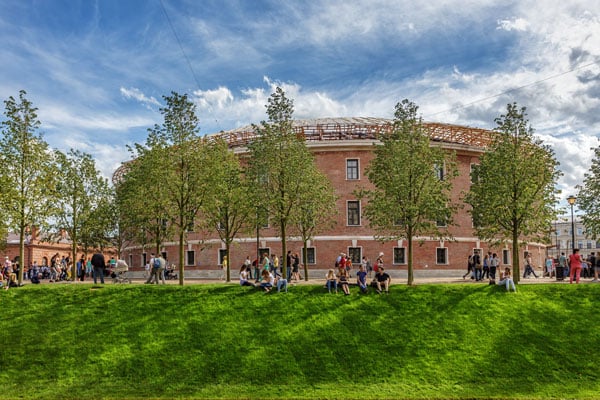 Summary: Expats, digital nomads and retirees talk about what it is really like living in Russia. They offer advice about meeting people, cost of living, finding a home and more.

"A pricey school with the curriculum of a mid-level American public school. It changed to common core a few years ago which is baffling and the change was done apparently without clear understanding of the international parents. It is now a mish mash of PYP, common core and IB programming. The math program is very poor. They run some standard testing but the computer systems often fail during testing and scores are therefore uneven. Teachers' kids appear to be given preferential treatment. Teachers have special use of facilities and parents are made to pay to even use the gym facilities! This school is sub par in my opinion. It is a shiny, beautiful building on the outside, without the academic structure you would expect. Administration is not responsive and can actually be unwelcoming to those who point out problems. We were glad to leave," said another expat in Moscow with children at Anglo American School of Moscow.

"Think hard about attending here. This school thinks it is much better than it is. The curriculum, particularly math, is very weak. Most parents engage tutors for the children to keep up with the home curriculum. The teachers' children receive preference in sports, drama clubs etc. The teachers receive preference for use of school facilities such as the workout room. It is not nearly good enough for the high tuition paid and the headmaster is ineffective. The administration does not welcome constructive criticism. The best advice? Attend ISM if given the choice," remarked another parent with kids at Anglo American School in Moscow.

"I would recommend to do enroll child in advance (spring time) - otherwise you might loose the place for your child," explained one expat living in Moscow, Russia.

"I am very worried about this school. Is it a school? I'm not sure. It seems so strange that this is a school run by Turkish businessmen who have been given offices in a tiny school, when there are not enough classrooms for the children. I am getting the feeling that they have employed a few western teachers to give it a look of being credible, but they are hiding behind them. Everything is done so cheaply - and so is the canteen food. My children complain of the boring food! Not enough resources for students! ICT VERY tiny. I am paying good money - for what?," said another parent with children at Atlantic International School in Moscow.

"To look at the kindergarden at Rechnoy Vokzal as a good range of qualified teachers from a range of countries. It is a small school, where you get to know the teachers and all of the children know each other," commented one expat when asked about Atlantic International School in Moscow.

"Here everyone is welcome: the atmosphere is multicultural and English-speaking; As I've mentioned, there is a free trial week; Many tutors have worked out their own methods of teaching; Physical Education classes also include Physical Therapy; The celebrations and concerts held at school are amazing! I've been to a couple of schools in Saint-Petersburg and this one is really the best! Judging by my kid, the tutors know how to find a mutual understanding with any child and how to make him interested in studying," explained one expat in Saint Petersburg, Russia with kids at Infant School (International School).

Russia Forum
Join our Russia forum to meet other expats and talk about living in Russia.

Guide to Real Estate in Russia

Advice for people renting and buying real estate in Russia.

Russia Forum
Meet other expats and talk about living in Russia.