While millions of U.S. citizens safely visit Mexico each year (including tens of thousands who cross the land border every day for study, tourism or business), violence in the country has increased. It is imperative that travelers understand the risks of travel to Mexico, how best to avoid dangerous situations, and who to contact if one becomes a crime victim. Common-sense precautions such as visiting only legitimate business and tourist areas during daylight hours, and avoiding areas where prostitution and drug dealing might occur, can help ensure that travel to Mexico is safe and enjoyable.

Recent violent attacks have caused the U.S. Embassy to urge U.S. citizens to delay unnecessary travel to parts of Michoacán and Chihuahua (see details below) and advise U.S. citizens residing or traveling in those areas to exercise extreme caution. Drug cartels and associated criminal elements have retaliated violently against individuals who speak out against them or whom they otherwise view to be a threat to their organization, regardless of the individuals’ citizenship. These attacks include the abduction and murder of two resident U.S. citizens in Chihuahua in July, 2009.

Violence Along the U.S. - Mexico Border

Mexican drug cartels are engaged in violent conflict - both among themselves and with Mexican security services - for control of narcotics trafficking routes along the U.S.-Mexico border. In order to combat violence, the government of Mexico has deployed military troops in various parts of the country. U.S. citizens should cooperate fully with official checkpoints when traveling on Mexican highways.

Some recent Mexican army and police confrontations with drug cartels have resembled small-unit combat, with cartels employing automatic weapons and grenades. Large firefights have taken place in towns and cities across Mexico, but occur mostly in northern Mexico, including Tijuana, Chihuahua City, Monterrey and Ciudad Juarez. During some of these incidents, U.S. citizens have been trapped and temporarily prevented from leaving the area. The U.S. Mission in Mexico currently restricts non-essential travel within the state of Durango, the northwest quadrant of Chihuahua and an area southeast of Ciudad Juarez, and all parts of the state of Coahuila south of Mexican Highways 25 and 22 and the Alamos River for US Government employees assigned to Mexico. This restriction was implemented in light of the recent increase in assaults, murders, and kidnappings in those three states. The situation in northern Mexico remains fluid; the location and timing of future armed engagements cannot be predicted.

A number of areas along the border are experiencing rapid growth in the rates of many types of crime. Robberies, homicides, petty thefts, and carjackings have all increased over the last year across Mexico generally, with notable spikes in Tijuana and northern Baja California. Ciudad Juarez, Tijuana and Nogales are among the cities which have experienced public shootouts during daylight hours in shopping centers and other public venues. Criminals have followed and harassed U.S. citizens traveling in their vehicles in border areas including Nuevo Laredo, Matamoros, and Tijuana.

The situation in the state of Chihuahua including Ciudad Juarez is of special concern. The U.S. Consulate General recommends that American citizens defer non-essential travel to the Guadalupe Bravo area southeast of Ciudad Juarez and to the northwest quarter of the state of Chihuahua including the city of Nuevo Casas Grandes and surrounding communities. From the United States, these areas are often reached through the Columbus, NM and Fabens and Fort Hancock, TX ports-of-entry. In both areas, American citizens have been victims of drug related violence.

Mexican authorities report that more than 1,000 people have been killed in Ciudad Juarez in the first six-months of 2009. Additionally, this city of 1.6 million people experienced more than 17,000 car thefts and 1,650 carjackings in 2008. U.S. citizens should pay close attention to their surroundings while traveling in Ciudad Juarez, avoid isolated locations during late night and early morning hours, and remain alert to news reports. Visa and other service seekers visiting the Consulate are encouraged to make arrangements to pay for those services using a non-cash method.

U.S. citizens are urged to be alert to safety and security concerns when visiting the border region. Criminals are armed with a wide array of sophisticated weapons. In some cases, assailants have worn full or partial police or military uniforms and have used vehicles that resemble police vehicles. While most crime victims are Mexican citizens, the uncertain security situation poses serious risks for U.S. citizens as well. U.S. citizen victims of crime in Mexico are urged to contact the consular section of the nearest U.S. consulate or Embassy for advice and assistance. Contact information is provided at the end of this message.

Crime and Violence Throughout Mexico

Although the greatest increase in violence has occurred on the Mexican side of the U.S. border, U.S. citizens traveling throughout Mexico should exercise caution in unfamiliar areas and be aware of their surroundings at all times. Bystanders have been injured or killed in violent attacks in cities across the country, demonstrating the heightened risk of violence in public places. In recent years, dozens of U.S. citizens living in Mexico have been kidnapped and most of their cases remain unsolved. U.S. citizens who believe they are being targeted for kidnapping or other crimes should notify Mexican officials, the U.S. Embassy in Mexico City, or the nearest American Consulate as soon as possible. Any U.S. visitor who suspects they are a target should consider returning to the United States immediately.

U.S. citizens should make every attempt to travel on main roads during daylight hours, particularly the toll ("cuota") roads, which generally are more secure. When warranted, the U.S. Embassy and consulates advise their employees as well as private U.S. citizens to avoid certain areas, abstain from driving on certain roads because of dangerous conditions or criminal activity, or recommend driving during daylight hours only. When this happens, the Embassy or the affected consulate will alert the local U.S. citizen Warden network and post the information on their respective websites, indicating the nature of the concern and the expected time period for which the restriction will remain in place.

U.S. citizen visitors are encouraged to stay in the well-known tourist areas. Travelers should leave their itinerary with a friend or family member not traveling with them, avoid traveling alone, and check with their cellular provider prior to departure to confirm that their cell phone is capable of roaming on GSM or 3G international networks. Do not display expensive-looking jewelry, large amounts of money, or other valuable items.

Demonstrations occur frequently throughout Mexico and usually are peaceful. However, even demonstrations intended to be peaceful can turn confrontational and escalate to violence unexpectedly. Violent demonstrations have resulted in deaths, including that of an American citizen in Oaxaca in 2006. In 2008, a Mexican Independence Day celebration was the target of a violent attack. During demonstrations or law enforcement operations, U.S. citizens are advised to remain in their homes or hotels, avoid large crowds, and avoid the downtown and surrounding areas. Since the timing and routes of scheduled marches and demonstrations are always subject to change, U.S. citizens should monitor local media sources for new developments and exercise extreme caution while within the vicinity of protests.

The Mexican Constitution prohibits political activities by foreigners, and such actions may result in detention and/or deportation. U.S. citizens are therefore advised to avoid participating in demonstrations or other activities that might be deemed political by Mexican authorities. As is always the case in any large gathering, U.S. citizens should remain alert to their surroundings.

For more detailed information on staying safe in Mexico, please see the Mexico Country Specific Information. Information on security and travel to popular tourist destinations is also provided in the publication: "Spring Break in Mexico- Know Before You Go!!"

For the latest security information, U.S. citizens traveling abroad should regularly monitor the Department's internet web site at http://travel.state.gov/ where the current Worldwide Caution, Travel Warnings, and Travel Alerts can be found. Up-to-date information on security can also be obtained by calling 1-888-407-4747 toll free in the United States and Canada, or, for callers from Mexico, a regular toll line at 001-202-501-4444. These numbers are available from 8:00 a.m. to 8:00 p.m. Eastern Time, Monday through Friday (except U.S. federal holidays). American citizens traveling or residing overseas are encouraged to register with the appropriate U.S. Embassy or Consulate on the State Department's travel registration website at https://travelregistration.state.gov/.

For any emergencies involving U.S. citizens in Mexico, please contact the U.S. Embassy or the closest U.S. Consulate. The U.S. Embassy is located in Mexico City at Paseo de la Reforma 305, Colonia Cuauhtemoc, telephone from the United States: 011-52-55-5080-2000; telephone within Mexico City: 5080-2000; telephone long distance within Mexico 01-55-5080-2000. You may also contact the Embassy by e-mail at: The Embassy's internet address is http://www.usembassy-mexico.gov/.

Mexico Farm for Rent and for Sale 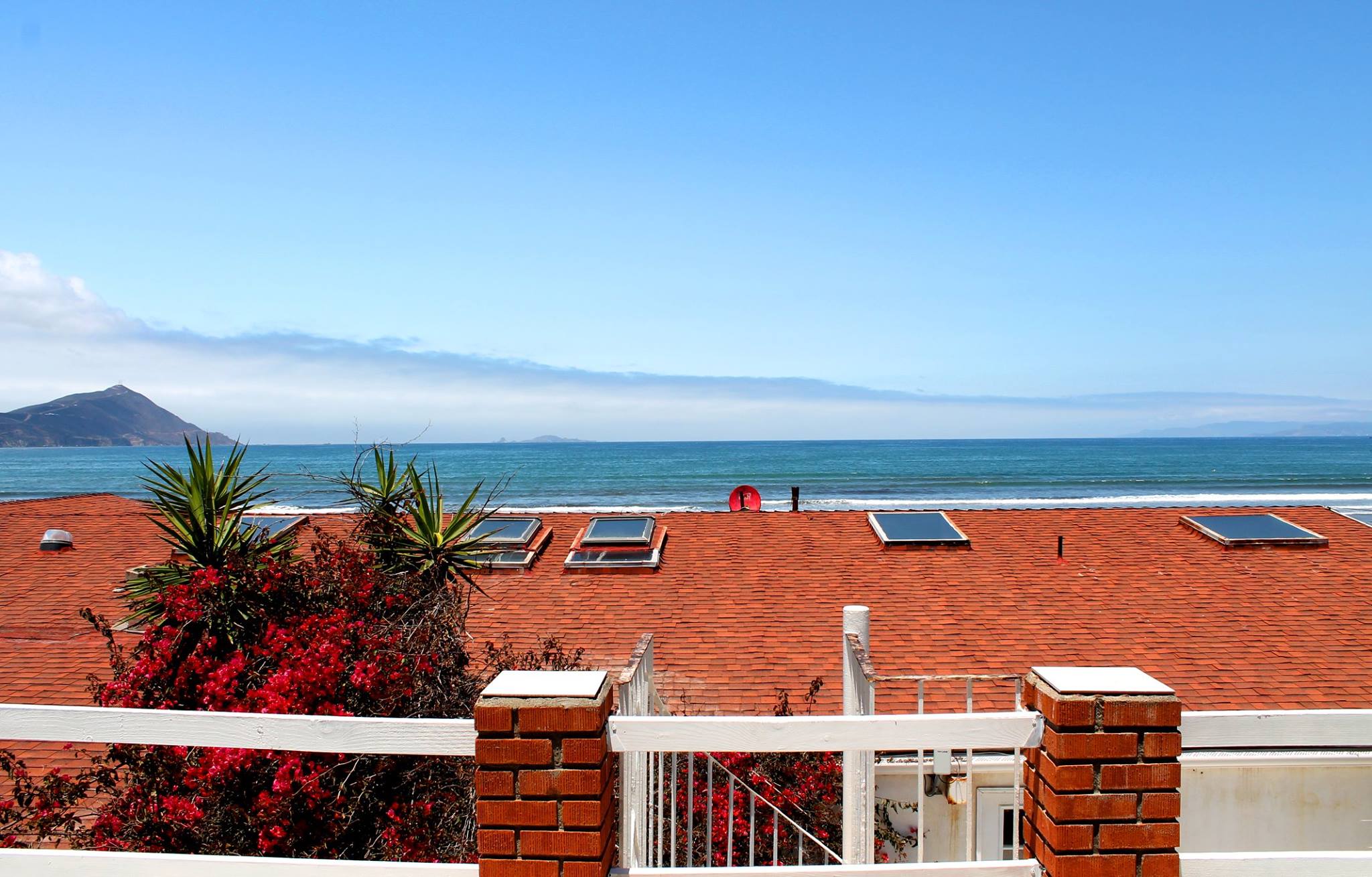