Summary: If you're moving to Paraguay, healthcare is an important consideration. Expats in Paraguay offer advice about health insurance in Paraguay, the best hospitals, prescription medicine and more. 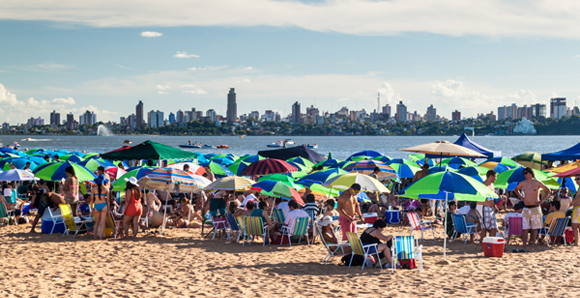 "My wife and I are in the group with Banco Regional using Sanatorio-Migone... and a host of physicians with a wide array of specialities including dental and vision. We receive complete testing far more thorough than in the states twice annually. Our primary physician is probably the most interested and concise doctor I've ever known. Although he is not too fluent in English, he understands fairly well. There are very fluent doctors in the plan with some trained or educated abroad. Explains things completely and it's common that he spends over an hour with us on each visit. Our plan is the best offered and is about $10 USD less for both of us than mine alone in the US. That's around $350 or so monthly. They have indicated they offer what amounts to 'major medical' coverage to individuals above age 70...of course subject to certain health conditions. We are very satisfied," commented one expat in Paraguay when asked about healthcare in Paraguay.

An expat in Asuncion talked about hospitals there, "[We live] less than 10 minutes away from several hospitals. They are Migone, San Roque, La Costa and Hospital Bautista or Baptist Hospital. Ambulances have shown rapid response and seem reliable. Not qualified to comment on the ER care but think it is fairly good. The level of care at the hospitals seems to correspond with your insurance plan and the clout of your doctor. These all are public hospitals, paying clients not charity or low cost such as the social security hospital." [note: this member wrote public hospitals, but it seems that he meant hospitals open to the paying public]

In a report about health insurance and healthcare in Asuncion, Paraguay, an expat wrote, "These remarks are our opinions...my wife and mine. Research available plans and options within these plans. Ask for references and opinions from known sources, not strangers. Care in the metro area is probably far better than the outer lying towns and their clinics or hospitals. Always have insurance and get to know your primary physician."

How do health insurance plans in Paraguay handle serious illnesses?

One expat offered some very important words of caution when it comes to reading the fine print of your insurance contract and serious illness. He said, "The problem with medical insurance in Paraguay is that you have to read your contract ten times and still they get you if it comes to serious diseases. My wife and I are insured since 8 years with ASSISMED which is, I think one of the bests in PY (also one of the most expensive). But, if it comes to very serious matters like heart diseases, cancer or other 'expensive' treatments, except you have the very top and most expensive contract, you will discover that these diseases are not totally covered and that you have to pay for your medicaments. Cancer is only covered by the non-plus-ultra-contract. Even with the most complete covering there it is limited to 100.000 USD. That seems high, but Assismed decides when you have reached these 100.000!! Not you or someone else. And tariffing is also in their hands. As long you are not involved in real serious diseases or operations, most insurer are acceptable. You have to read the small print very carefully. This applies also for Migone."

Another expat added, "All and I mean all medical insurance has exclusions. This is characteristic of insurance contracts. The policies written here are really not different from those in other countries. As a person who worked in the insurance industry, I was taught to study the exclusionary clauses and any riders which might be attached to a policy...then you have a more clear picture of what is covered."

It was mentioned in the last section, but we cannot stress this enough. "MY two cents regarding health care mirror's Caja's. We have Assimed, and it is expensive, (nearly $300 for a family 'VIP' plan) but no where near as expensive as our family plan in the US was. But here's some free advice, you need to actually read and understand the contract before signing up and handing over money. And ..'duh I don't know Spanish enough..' isn't an excuse. I mean, what in the heck are you doing here signing up for stuff like health insurance if you can't read or understand the language??!! Of course it's perfectly fine to get someone to translate for you, but still, it's on you to arrange. And sure there are exclusions and you better be sure you understand them. One thing I like about Assimed is that one of the doctors I could choose from has his medical degree from the US and speaks excellent English and is board certified Internist in the US. It's easy to make appointments and see him and specialists so far. And frankly I feel in better hands with Assimed than with my insurance in the US. Can this change? Sure can! This is the third world and you can't forget that," advised one expat.

Even With Paraguayan Health Insurance, You May be Required to Pay without Explanation

One expat described his hospital experience, "After living in PY for 5 years I think I am entitled to tell some stories about PY health insurance. For starters I thought it was a good idea to get a health insurance with Migones back in 2009....when I came to this country. Paying 240.000 gs a month (that's about US$ 53 NOW). For US or european standards this might look not much, but mind you this is NOT cheap in Paraguay wereas an average monthly income doesn't get over 450 US$..that is for MOST people. To make a long story short, I got sick after 2 months with an appendicitis. I went to the Hospital of Migones in Asuncion. I had heavy pains, but still they kept me waiting for 6 HOURS! After that I got operated, whoch was realy a routine thing and lasted about 30 minutes, problem solved after 3 days I was allowed to get out BUT first I had to pay the bill, which was 6.000.000 gs at the time (now about US$ 1340). I told them that I had an in surance with them, but still NO SIR you gotta pay!! So I paid. After that I was so angry that I ended my contract with Migones. After all HOW was I to know when to get an appendicitis?? They tried for MONTHS to collect the monthly fee, but to my luck I signed the contract when I still didn't had my PY cedula (thats an PY ID card) so they could do nothing."

Cost and Availability of Prescription Medicine in Paraguay

When asked if most prescription medicines are available in Paraguay, one member wrote, "Yes I would venture to say that 95% of prescription medications are here or if not there is a suitable alternate. For the most part, the medicines are not as expensive here in Asuncion compared to the US and certainly are more easily procured as meds such as antibiotics and blood pressure tabs are mostly over the counter. However, this is not to say that you should 'self medicate', always see your doctor."

Some Expats Pay for Health Insurance in Paraguay and the US

"I find that the best solution that works for me is having Insurance in Paraguay and in the USA. The USA policy is by far the better, no limits. You can get an Obamacare bronze for about $200 or less with the subsidy, and even with my income, which is pretty nice I still was able to qualify for a subsidy. My USA plan costs me about $600 a month for a family of four, but I got the Gold plan, If I opted for a Bronze plan it would about $250. Hope this helps," said one expat.

Contribute
Help others in Paraguay by answering questions about the challenges and adventures of living in Paraguay.