Most Recommended Neighborhood by Expats 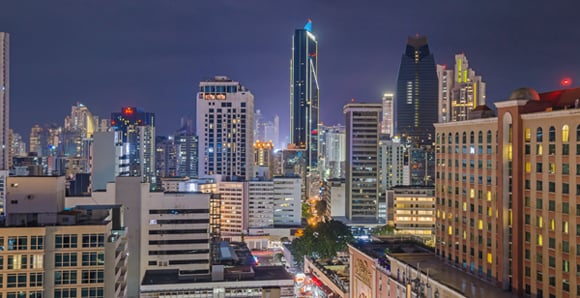 "El Cangrejo is a wonderful, bohemian style neighborhood that has been plagued by road construction for the past couple years. But it is nearly complete and will be so much better after than before. The vibe is hip and there are lots of cafes and restaurants. I highly recommend," said one expat. "I've lived in El Cangrejo for as long as I've lived in Panama - 5 years - and am very happy here. The only other areas of the city I'd consider are some parts of La Cresta and some parts of Paitilla. Everyone has their own criteria - you'd have to come and explore different parts of the city to see what suits you best. As for price, you'd have to determine what is pricey to you in accordance with your budget. For me, my rent is the same as I paid in Montreal, but for twice the space with better amenities, so a bargain. Don't forget all rents are negotiable, and it is a renters' market now with a glut of apartments on the market," added one expat. There are two metro stations in El Cangrejo.

Best Neighborhoods if You Work in Central Panama City 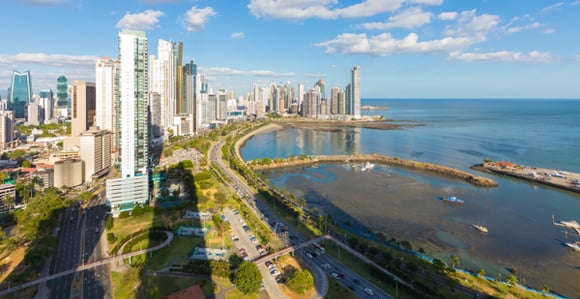 If you work in central Panama City, you should be realistic about traffic and commuting times when deciding where to live. Living along or near the Metro rail line, or, even better, within walking distance to work. "If money is not a problem and you want to be in the city close to all amenities, hospitals, etc have no issues with ubers and taxis then areas will be Punta Pacifica, Punta Paitilla (pictured above), San Francisco, Obarrio, Marbella, El Cangrejo. You will find very nice buildings with security guards and some of them have added security if any of the people residing in the building are part of the government," advised one expat. Next to El Cangrejo is the Obarrio neighborhood. "The financial district (Area Bancaria) is in Obarrio. It is safe day or night as long as you stay street side. Every bank and many other businesses and apartment buildings there have guards day and night. It is a good area to stay in because it is close to everything, including the metro and bus stops," described one expat. 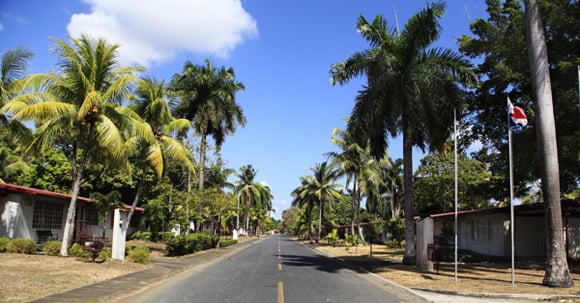 For families, Clayton, in the former Canal Zone (sometimes referred to as 'Reverted Areas'), is a great location. It's home to a number of well-respected schools: Metropolitan School (MET), Balboa Academy and King's College (School). One expat described Clayton saying, "I have friends in Clayton and it is feels like a small town or suburb but yet in the city limits. Lots of vegetation and wildlife compared to El Cangrejo, and a nice alternative for someone looking for a quieter lifestyle. Lots of families live here."

Best Place to For Retirees to Outside of Central Panama City 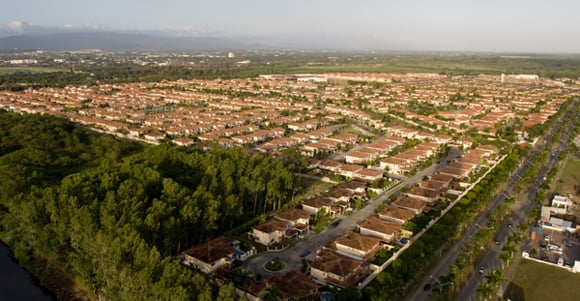 If you're interested in living outside of central Panama City, Costa del Este (CdE) is one of the most upscale communities on the northern side of Panama City (on the coast). A Metro line that connects Costa del Este to central Panama City is in the planning stages, but it may be many years before the construction begins. Until then, one expat explained why Costa del Este better for retired expats, "Costa del Este is a nice community with very nice buildings, supermarkets, mall and other activities But with one big inconvenience it is very difficult to get in and out of the place during week days due to heavy traffic and it is not as easy to get an uber or taxi in that area."

Good Neighborhood to Buy an Apartment in Central Panama City 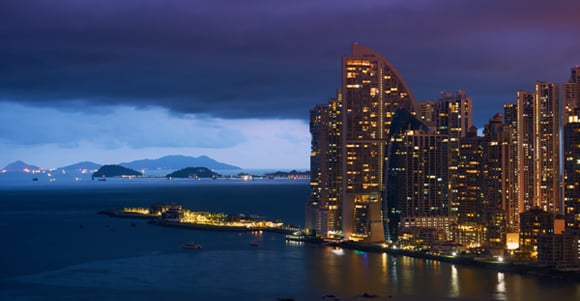 "I moved here 3 years ago and I’ve paid over 20% of the value of this apt in Punta Pacifica. My neighbors and the building are great, lots of young families from all over the world that have foreign or local companies paying their rent. I am probably leaving soon due to a job opportunity but I would totally buy here and rent it out, and my wife agrees as well. So if I were you, if you have the $$$ stick to the newer buildings in Punta Pacifica," advised one expat.

2 Places You May Want to Avoid (and Why)

Think Twice Before Living in Casco Viejo If You're Retired 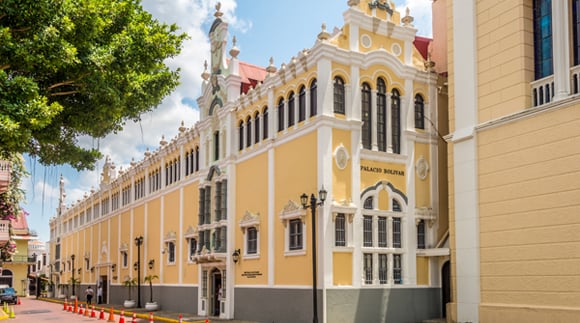 Travelers flock to historic Casco Viejo, but for many expats (especially retirees) it's not the best place to live. "I'm a huge fan of Panama City, having lived here for 5 years, but I'm left scratching my head over the recommendation to settle in the Casco Viejo neighbourhood as a retiree. I go there a couple times a month, but couldn't live there. Too hot. Too noisy with all the night life and hordes of tourists. Traffic in and out of the area is impossible, especially in the rainy season. Rents are high by comparison to other areas, and while some have old-world charm, apartments are relatively small and dark. Rental buildings don't have the amenities that retirees appreciate, such as good security, pool, gym, social area. Few resources other than restaurants, bars, and cultural sites: only 1 small El Rey supermarket, a Felipe Motta liquor store, and 1 pharmacy. You can find a mojito at 10 p.m., but a loaf of bread, a dozen eggs, or a litre of milk are impossible If I were 30 years old maybe I'd want to live in Casco because it is trendy, but as a retiree, no thanks," explained one retiree.

Traffic and Flooding are Problems for Residents of Condado del Rey

Another neighborhood that's up-and-coming and on the outskirts of central Panama City is Condado del Rey. "Yes traffic is hectic in Panama City. I live without a car which works just fine for me. I walk, take public transport or taxis. The problem with Condado del Rey is that as a self-contained community it is cut off from the city, and as Panama2017 mentioned for Costa del Este, getting into and out of the area can be difficult. Also as it is largely residential, you won't find many circulating taxis to hail. I can't estimate how long it would take to get there from where I live: depends on factors such as time of day, day of the week, weather, etc," cautioned one expat.

"I don't live in Condado del Rey but have friends that live in Villa de las Fuentes just across CDR in Tumba Muerto. One of the main issues is horrible traffic and not only during rush hours. Also Flooding: Flooding caused by Heavy Rain Picture in the second article was of a shopping strip in Condado del Rey last year. They have cleaned the drains but as usual it is not enough," explained one expat.

Deciding Where to Live in Panama

If you're thinking about moving to Panama and haven't narrowed down where you would like to live, consider taking a tour with our partner, Panama Relocation Tours.

Visit our Panama Forum and talk with other expats who can offer you insight and tips about living in Panama.

Global nomads, retirees and expats are attracted to Panama City for many reasons. Our Guide to Living in Panama City, Panama covers the Best Places to Live, Schools, Healthcare, Cost of Living, Transportation and more.

If you're moving to Panama City with school-aged children, living near your children's school will make life easier. There are schools in central Panama, Clayton and elsewhere. Below you'll find information about the most popular schools for expats in Panama City.

A list of private and public hospitals in Panama City, Panama provided by the US Embassy. Plus, expat advice about the cost of healthcare and health insurance coverage.

Expats have differing opinions about healthcare in Panama. Many advice against public hospitals and healthcare, but some recount good experiences. This article covers public vs private healthcare, cost of healthcare, obtaining prescription medications and much more.

Get a quote for expat health insurance in Panama from our partner, Cigna Global Health.
Get a Quote

An expat who has been living in Panama has written a long culture shock report about life in Nueva Gorgona. She has a great perspective on what it means to be an expat in Panama, which is probably why she's enjoying life there!

An expat who has been living in Panama has written a long culture shock report about life in Nueva Gorgona. She has a great perspective on what it means to be an expat in Panama, which is probably wh...

A retiree in Boquete, Panama talks about life in Boquete. She explains that it's easy to meet people in Boquete through the newcomers' club, Tuesday Market at BCP and through numerous volunteer activities. She cautions anyone coming to Panama with intention of working to make sure that you can legally work in Panama before making the move.

A retiree in Boquete, Panama talks about life in Boquete. She explains that it's easy to meet people in Boquete through the newcomers' club, Tuesday Market at BCP and through numerous volunteer activ...

Global nomads, retirees and expats are attracted to Panama City for many reasons. Our Guide to Living in Panama City, Panama covers the Best Places to Live, Schools, Healthcare, Cost of Living, Transportation and more.

Global nomads, retirees and expats are attracted to Panama City for many reasons. Our Guide to Living in Panama City, Panama covers the Best Places to Live, Schools, Healthcare, Cost of Living, Trans...

If you're moving to Panama City with school-aged children, living near your children's school will make life easier. There are schools in central Panama, Clayton and elsewhere. Below you'll find information about the most popular schools for expats in Panama City.

If you're moving to Panama City with school-aged children, living near your children's school will make life easier. There are schools in central Panama, Clayton and elsewhere. Below you'll find inf...