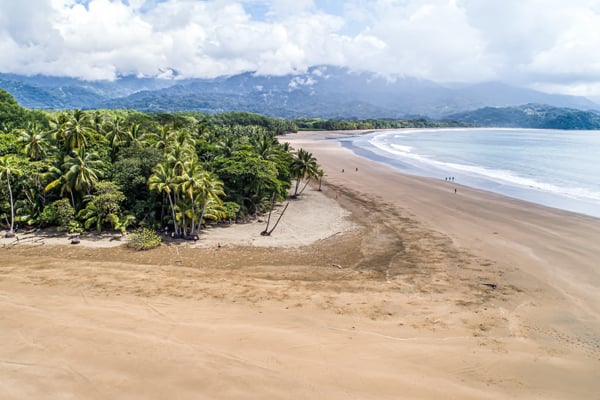 Summary: Expats in Costa Rica offer some advice on the pros and cons of living in the Central American country. Topics covered include the health care system, where to live, and also some general information about the natural beauty of Costa Rica.

Costa Rica is a favorite among expats and other people considering moving to Central America. Expats in Costa Rica have access to an amazing number of benefits - access to pristine natural wonders is just one of the most obvious examples. As with every other country, there are also some challenges that confront expats that live in Costa Rica.

To help clarify these, here are a few examples of the Pros and Cons of Living in Costa Rica.

One of the hugest draws for expats to Costa Rica is the stunning natural beauty. Fans of Michael Crichton will remember his passage in "Jurassic Park" that described the range of "Ecological Diversity" there:

"Only seventy-five miles wide at its narrowest point, the country was smaller than the state of Maine. Yet, within its limited space, Costa Rica had a remarkable diversity of biological habitats: seacoasts on both the Atlantic and Pacific; four separate mountain ranges, including twelve-thousand-foot peaks and active volcanoes; rain forests, cloud forests, temperate zones, swampy marshes and arid deserts."

Having access to so many impressive ecological features in such proximity to one another is all some expats need to know that Costa Rica is where they want to be.

The Wildlife of Cost Rica and its diversity is stunning.

Continuing in his description of Costa Rica in "Jurassic Park," Crichton continues:

"Costa Rica had three times as many species of birds as all of North America. More than a thousand species of orchids. More than five thousands species of insects."

Con: Expats Have Had Mixed Experiences with the Public Health Care System in Costa Rica

While you may have access to the public health care system, many expats advocate also having some form of private coverage to ensure you're covered in an acceptable way should disaster strike. Others have had great experiences with the system and then they have a bad experience, or worse.

Con: You Need to Choose Where You Live Carefully in Costa Rica

One expat in San Jose recommended if you are planning on moving to Costa Rica for whatever ex-pat experience, if possible, avoid San Jose. It is a very crowded, dense little city that is not all that interesting. Also, foreigners are more susceptible to theft here.

Pro: There are Amazing Places to Live in Costa Rica

That same expat advised, however: "That being said, get out of San Jose and live in any of the other great towns all throughout this beautiful country. True, transportation can be mediocre (if insisting on travelling budget), but it definately suffices. It's a small country and travelling from the Pacific to the Carribean can be done in one long day even on the slowest, cheapest bussed routes available."

Moving to Costa Rica soon? AGS Worldwide Movers is a leader in the international moving industry. Their experience and expertise allows them to guarantee their clients the best quality moving services. Get a Moving Quote

Moving to Costa Rica soon? AGS Worldwide Movers is a leader in the international moving industry. Their experience and expertise allows them to guarantee their clients the best quality moving services. Get a moving quote today.

In our article about 8 Important Tips about Healthcare for Expats in Costa Rica, an expat in Cortez explained, "All legal residents and citizens of Costa Rica are eligible to participate in the public healthcare system which is basically free although you have to be a member of the CAJA and pay a % based on the income level you declared when you applied for residency."

Pro: Taxes and Other Costs of Living in Costa Rica

An expat in Playa Hermosa de Jaco wrote that "Our housing costs are lower than in the states. Taxes are very inexpensive in CR and the taxes in the states substantially higher. Private home insurance is less expensive in Costa Rica from our experience."

However, if you are also interested in spending more for higher-end housing, you do also have that option. For instance, the expat in Playa Hermosa de Jaco wrote: "Direct waterfront may cost well over $500,000 to the millions depending on amenities. However in a lower profile condo building with less amenities, you can absolutely find something at half that price. Knowing the market is really key here and return on investment must be weighed in if you plan to rent the unit, seasonally or long term."

Con: Friends and Family May Not Visit You in Costa Rica

An expat living in Quepos, Costa Rica advised expats to check their expectations for the number of visits they'll have from friends and family. She wrote, "They may not visit as much as you would like (nor as much as they would like either!) Prior to becoming an expat, consider locations that your friends and family will have affordable and easy travel to visit you. Do not be offended if you don't receive the visitors you anticipated. Remember also to pick a location that is easy for you to return to your "home" country in the event you have a family function or stateside emergency. Remember YOU have picked your perfect expat location. Your friends may not like it, not understand your move or have other priorities in their life."

Another expat in Playa Jaco, Costa Rica wrote that, "In Costa Rica 'Tico Time' is a reality - wherein work expected to take a few hours to complete in the states, may require twice as much time here. An employee required to show up for the job may be an hour or up to many hours late. However, they will arrive!

Con: Not All Expats In Costa Rica View The Expat Experience There the Same Way

In a discussion about One expat in Costa Rica wrote that "When someone rolls into Costa Rica with their 'I'm better because I have more money' attitude that I see every month, and clearly, by their actions, facial expressions, and general "I only want to live with other gringos" nose in the air disrespect, and show that they have no love for the local Costa Rican people who's country they are a GUEST in... "How do you think the average Costa Rican feels when you act like that? These people are very well educated and have excellent radar for that type of attitude.

Another expat wrote: "There are many wonderful, humble, grateful North Americans that have visited, spent time getting to know the locals, learned Spanish, and feel the same as I do."

Others have written that such praise should be balanced by some of the difficulties or short comings that others have cited.

One expat lamented: "Duplicity, lack of frankness, uncaring attitude, failure to confront any issue and passing off all problems as 'God's will'."

So you should be aware that you need to carefully consider how YOU will fit in among others in Costa Rica. Some expats prefer to stick with other expats, while others prefer to avoid expats to try to fully integrate into society. (It's like that in most countries!) This should drive home the importance of visiting a country as much as possible before moving there.

Lastly, do read our 10 Tips For Living in Costa Rica to help you understand what the nuts and bolts of moving and living there.

6 Things to Do in Jaco, Costa Rica

An expat in Jaco, Costa Rica shares 6 fun activities for expats (and tourists) to do in Jaco. From surfing to bar hopping to shopping for organic fruits and veggies at the local markets, Jason Mueller shares some great activities.

An expat in Jaco, Costa Rica shares 6 fun activities for expats (and tourists) to do in Jaco. From surfing to bar hopping to shopping for organic fruits and veggies at the local markets, Jason Muelle...

The health care system is good here with the caja. BUT the recent problem, the Pharmas control the medical system here. Pushing drugs and vaccines to everyone. The Pharmas are trying to make people addicted to their pills. CAFTA brought most of this here and the fast foods poisons. A back health plan is always good to have. Taxes are cheaper here. BUT the central bank will make efforts over time to abolish the socialism structure here and bring in their buddies to buy up the common services. Privatized them. Yes a problem is the North Americans coming down here with their exceptionalism attitude. They flaunt their wealth to the locals. Setting themselves up for robberies. And to not learn Spanish. You will not go far to blend in with the locals. As for me, I didn’t move down here to meet other gringos. But to learn the people and culture. My general rule here, If you want to live lie a gringo, You’ll pay as a gringo. If you want to live like a Tica, You’ll pay as a tico. You have to remember the central bank owns CR. So austerity is getting forced on the people. There has been a month long strike of government workers for higher pay to meet the living expenses. It is beautiful here, in the rain forest. I am in the southern Pacific zone. Plenty of fresh water and food here. Would never want to live in San Jose. Still with all of the issues, I wouldn’t want to be anywhere else. My kids grew up here, and are doing so much better than they would of in the US. We been here 13 years.

Saw the 10 tips for living in CR and, wait, its over 10 years old, gimme a break. How can you refer a 10 yr old article, much has changed, Keep it fresh.

Costa Rica Forum
Join our Costa Rica forum to meet other expats and talk about living in Costa Rica.

Moving to Costa Rica has become more popular among expats. Making this choice requires a lot of research to ensure the expat experience you hope for will be realized.

If you're moving to Costa Rica, you'll want to understand the cost of living in Costa Rica. Lifestyle, location and health insurance are part of the formula.

Take off your rose-colored glasses and learn what expats have to say about the biggest challenges and the greatest rewards of living in Costa Rica. 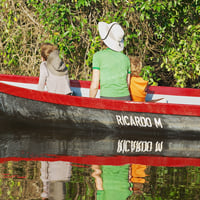 13 Best Places for Families to Live in Costa Rica 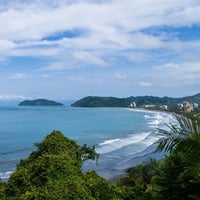 6 Things to Do in Jaco, Costa Rica
Costa Rica Guide