People living in Morocco share their experiences making friends, adjusting to the culture, what expat life is like in Morocco, healthcare in Morocco and more.

Deciding Where to Live in Morocco

When we asked expats living in Morocco to offer newcomers advice about choosing a neighborhood and finding a home, they replied:

"I had bought a small villa in 2000 the neighbohood is nice but quiet far from the center the city," said one expat living in Mohammedia , Morocco.

"Very difficult and expensive to rent here if you want a pool and garden, we ended up buying a villa. We found our home on the internet and by asking local people about what was for sale in the area," mentioned another expat in Morocco.

Moving to Morocco? Get a health insurance quote from our partner GeoBlue. Click here to speak with GeoBlue's Sales Team.

We asked expats in Morocco what they appreciated about their new culture. Here's what they had to say:

"I appreciate so much the way Moroccans have a strong social network of family and friends to help each other and support each other in a multitude of ways. I appreciate observing in my Amazigh family relationships that even when there are squabbles, they pull together again and help each other when its needed. I appreciate greatly the "TRUE GENEROSITY" of sharing themselves and materially with others. I also enjoy the way the men in our family help their wives, mothers, grandmas, etc., with the chores of daily life," said one expat living in Khemisset, Morocco.

The Most Challenging Aspects of Living in Morocco

Then, we asked expats in Morocco what was most challenging about their new culture. They replied:

"Thieves, trash everywhere and the outdoor urinal. Getting used to the economy," said one expat living in Casablanca, Morocco.

"One new challenge was adapting from American culture where women can easily go most anywhere unaccompanied without a thought about it. And, no one sees that as strange. But, in a smaller city such as Khemisset, women travel in family groups with other female relatives, or with male relatives, or with their children and its not common for a woman to walk the streets, or travel by oneself. In my family, most of the daily shopping for food, etc., is done by men. It actually takes a lot of the burden of running the household off the women," mentioned another expat in Morocco.

"Very safe. Pickpockets are around, but have never had a problem. Nothing like Barcelona," said one expat living in Rabat, Morocco.

We asked expats about diversity in Morocco and whether locals are accepting of differences. They said:

"As a black American I have never disrespected but I know no one outside of my wife. I do not speak either Arabic or French so I'm unable to have any conversations with anyone outside of my wife. I have not seen any other American living in Al Hocemia. But I'm still hoping to meet other people and hopefully some Americans," said one expat living in Al Hocemia , Morocco.

"This school has fantastic academics... students are often 1-2 years ahead when they repatriate home," said one expat whose children attend American School Fes (Amicitia) in Fez.

"I would recommend this school. Its size (450 students) makes it easy for everybody to integrate in the new environment, communication between parents and school is smooth, the teaching staff is very good. The students turnover is quite high though, as the school families are mainly from the diplomatic world (embassies, international organizations etc)," added another expat with kids at Rabat American School in Rabat.

"I highly suggest this school if you are looking for an alternative to the American curriculum. Canadian schools have always been known as excellent schools, and this one does not disappoint! The kids are learning math, science, language, reading, without even knowing it. They think it's just play. It's a very sweet school," commented one expat when asked about Maplebear Preschool in Rabat.

"I was already familiar with the Montessori approach and so was delighted to find this school for my daughter to attend," remarked another expat living in Agadir with children attending Montessori School .

Whether you're working on assignment in Morocco or traveling to a remote part of the world as crew on a ship, GeoBlue is a trusted leader in international health insurance. Wherever your destination, GeoBlue can keep you and your family covered with the right health insurance. Contact GeoBlue's Sales Team or Get an Online Quote. 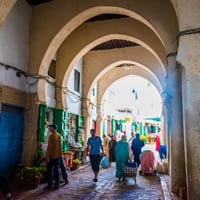 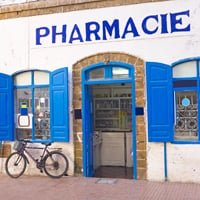 Get a quote for expat health insurance in Morocco from our partner, GeoBlue.
Get a Quote

Get a quote for expat health insurance in Morocco from our partner, GeoBlue.
Get a Quote Call

Morocco Forum
Join our Morocco forum to meet other expats and talk about living in Morocco.

Contribute
Help other expats and newcomers by answering questions about the challenges and adventures of living in Morocco.

10 Tips for Living in Morocco

Despite the Turkish toilets, high cost of living and language barrier, expats in Morocco agree that they love living in Morocco. Members share advice for living in and moving to Morocco.