Summary: Expats in Chile offer advice to newcomers about shipping to Chile, customs inspections and more. 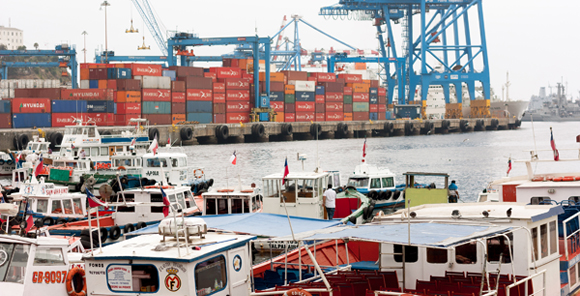 If you're moving to Chile, expats living there have lots of tips for newcomers about moving companies, problems with customs in Chile, homestead items, bringing extra baggage and more.

"I just did a move [to Chile] this last year. I did one 20 foot container on one shipment and 2 pallets contains 33 boxes on another shipment. The container was subject to a full search before leaving the US costing us an extra $3,000 for their time, storage and equipment. It delayed shipment by about 2 weeks. My husband had a lot of tools big and small. He built a house once we got here. He also likes to keep things in original boxes but shipper said Chile customs sees it as new. They will scan bar code to look up list price. So take out of boxes if you want to avoid import taxes. Make sure to put serial numbers on your inventory list. Price your used items low. We kept it under $5,000 even though worth much more. Things are in expensive out here. Once container got to Chile they unpack in a wherehouse then loaded in a truck to deliver to us. So your stuff will be rummage through and scruntinized. But nothing was missing or broken just disorganized. Shipping the two pallets was much easier. They put on pallets and shrink wrap. I had 2 Samsung smart TVs, a 65 and a 55. They can convert from 220 to 120 just by switching the power cord. When you ship pallets you can act as your own customs broker the clear items with customs and SAG (Agricultural and Livestock Service). Both processes were stressful and long. Container and car took literally a week of back and forth paperwork, signatures, notarized documents and fees. Pallets took 2 days to clear. All done in San Antonio 2 hours from where we live. I will say we have become experts in the process but will never do it again unless hired to help someone. You have to be patient in the process if you want the luxury of having all your things," wrote one expat in a discussion about how to pack for relocating to Chile.

Problems with Customs When Shipping to Chile

In a lengthy discussion about shipping companies with experience shipping to Chile, one expat said, "Nothing I shipped by mail ever made it. They claim it gets lost in customs. Be sure to get insurance for about 150 pct of value for every item you ship because it is quite likely items will disappear in customs. I prepared a Excel spreadsheet listing every item with a number, a reference to which box it was in, my cost, year when it was purchased, current value, replacement value in Chile and insurance declared replacement cost. I was able to sort and print separate spreadsheets for customs and for insurance purposes. As I had a lot of tools, they opened the container and the boxes with the power tools and only charged duty on the tools. No duty on the household items. If at all possible be there when they open the boxes in customs and definitely check the numbers on all the boxes twice against the list and unpack everything before they leave your home. You have 30 days to file for insurance."

"It usually isn't the shipping company that you need to worry about. It is Chile Customs inspectors. Last year, my Christmas package never reached me because customs wanted it more for themselves. There were some new clothes and other new home decoration items in the package, but customs took all of it. I tried to contact customs about it but they denied everything, of course. I made many phone calls to track down my shipment. The last tracking info was that the shipment was in 'customs' in Santiago. There is no one there who would confirm that it was there. It was either taken by an unknown customs person or the tracking information was incorrect. I talked with many people who have had the same problem with their own shipments," added another expat.

"Most forwarders won't deal with homestead items. Homestead items are items not subject to duties such as clothing, furniture, cookware, dishes, used items such as lawn mower, stereo system, basic tools, clothes drier that operates on 240 volts, medications etc. Not worthwhile bringing a tv. They are cheaper here and operate on 220 volts." Someone asked what qualifies as a homestead item, "It qualifies if it is used. Ward van lines and their shipper in the US will send you this information in a package. Even new items will pass if they are not in their original packing or with twistie ties around their cord," explained one expat.

Items You Cannot Bring to Chile

"I contacted Crown Relocations at one point. They sent me a list of things that you cannot bring into Chile. The list includes aerosols, compressed gasses, batteries, acids or other corrosives, inflammbles, animal or plant products, alcohol, tobacco, guns, ammunition, and 'new items' (I think meaning items that can be sold as new.) I hope that is helpful. I would think the Chilean Embassy would have a definitive list. I hope that helps," explained one expat.

Bringing Extra Baggage with You When You Move to Chile

"I would suggest that you either ship what you absolutely need with you airline luggage and pay the extra airline fee for being overweight (maximum extra baggage suitcases is 5) or sell everything and when you get to your destination in Chile, buy new in Chile. No one that I talked to, who has had the same problem with customs, actually received their shipment(s). I have been in Chile now for just over 2 years. Even items that I have bought online through both Amazon and eBay since my initial move to Chile have never made it through Chile customs. I truly believe that it is a racket that Chile customs has decided to confiscate all shipments from the U.S. and either keep for themselves or sell in Chile and pocket the proceeds for themselves. Sell everything before you leave or pack as much as you can in your airline luggage and pay the extra airline fee for excess baggage handling," advised one expat.

"It is a grand total of 5 suitcases. I bought 3 extra large suitcases to be able to take them with me on the plane (in the plane baggage storage area in the hold of the plane) and they were all tagged by the airlines to travel with me to my final destination: Iquique. I started my trip in Reno, NV and first went to DFW, Texas and then to Santiago, CL and finally to Iquique, CL..When I got to Iquique, I was able to take a standard, (4 passenger), taxi to my home in Iquique. Everything made it fine. It was relatively easy and convenient and safe as everything arrived intact and no problems. As it was all personal luggage and was traveling with me, there was no customs inspections and no extra shipping cost other than the extra baggage costs, (which I think were less than $100 total for everything)," recalled another expat.

Get a quote for expat health insurance in Chile from our partner, Cigna Global Health.
Get a Quote

If you're moving to Chile, this is a must-read article that covers it all - best places to live, healthcare, earthquakes, driving permits, schools and more....

Expats Talk about What it's Like Moving to Chile

Visit our Chile Forum and talk with other expats who can offer you insight and tips about living in Chile.

10 Tips for Living in Chile

Expats in Chile enjoy the stable economy, friendly people and relatively affordable cost-of-living. Many find becoming close friends with Chileans, who primarily socialize with family, a big challenge. But, the expat community in Chile is strong and offers a great support system for newcomers.

5 Important Tips about Healthcare for Expats in Chile

After considering their individual health, Expats moving to Chile should carefully consider the health care options where they'll live, and what else is available in the immediate vicinity.

Wow, What a great article.My wife and I recently vacationed in Chile and Argentina. We liked it so much and wondered about the moving process. Thanks to your article, I'll live without thinking of relocation with numerous household items

Get a quote for expat health insurance in Chile from our partner, Cigna Global Health.
Get a Quote

If you're moving to Chile, this is a must-read article that covers it all - best places to live, healthcare, earthquakes, driving permits, schools and more....

Expats Talk about What it's Like Moving to Chile