Summary: If you're moving to Hungary or an expat living in Hungary, understanding the Hungarian healthcare system in important. This article offers an overview of the national healthcare system, private hospitals and healthcare, private health insurance for expats in Hungary, clinics with English-speaking doctors and the quality and cost of medical care in Hungary. 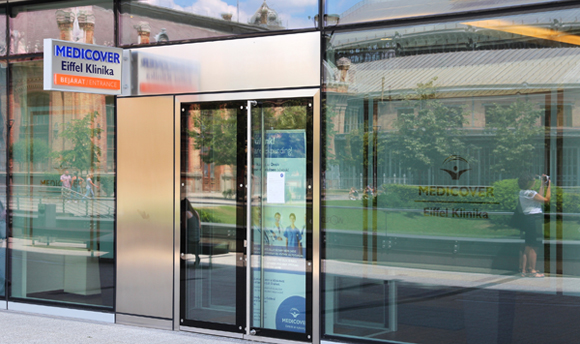 "The medical system is decent and you can get excellent care here especially if you are paying cash. The national health care system if okay but you do need to consider where to live as the level of care is dependent on that. The closer to facilities the better you will be. Speaking Hungarian is a help but you also have to figure out the systems here which are very different and often illogical. This is going to require either having a very close friend or hiring someone to help you navigate through it all," commented one expat.

One expat cautioned that the quality of care at public hospitals was not what many expats are accustomed to. He said, "My would be brother in law is a the Chief of Internal Medicine in one of the largest Hungarian hospitals/providers. He told me that they "disinfect" and reuse 4 or 5 times an item that was intended for ONE TIME use. He did say that he wouldn't use it on an American because he knew that we are like to sue etc. Since you are a Hungarian citizen ALL bets may be off. Sure there are a large number of 50 plus doctors that are very skilled and professional but don't let that get to your head. Unless you live in a large metropolitan area or near a major hospital and you are over 55 you may not make it if you have a cardiac arrest. Response time by ambulance can be as much as 40 minutes in some areas. So good luck and enjoy your CHEAP health care...oh and don't forget (in case you hospitalized) to bring your own; silverware, pijamas, salt, bottled water and TIPS for ALL!"

Many Expats Use Public and Private Healthcare

"Public (socialized) heathcare is not particularly good, but once you got your residence permit you can apply for a TAJ card [Hungarian Social Security Card]; the monthly cost varies based on your status. (I think the priciest is under $100/mo). However, you can get private health insurance until this is resolved. Some direct pay medical services - like an office visit - can cost less than your co-pay in the US. (Mine was typically is $30 in the US - but that's misleading, as a referral was needed from my GP, so it came to $60 (2x30) - per issue). You can kid of combine the socialized with the private, whereby you pay your caretaker physician privately for good attentive care, while you're staying in the (public) hospital bed under the TAJ system," wrote one expat.

Hospitals and Clinics with English-Speaking Doctors in Budapest

There are a number of clinics in Budapest that offer primary care, hospitals and multiple specialties. Buda Health Center has three locations in Budapest - two are in the XIIth District and one is in the IIIrd District. Buda's hospital specializes in spinal disorders. Rozsakert Medical Center has 100 doctors and 9 of them are US-trained. First Med Centers is located in District I and has English-speaking doctors.

Medicover has modern clinics throughout Hungary. In Budapest, there are three locations in Alkotas, Eiffel Clinic and Dental Clinic and Medicover Clinic, Hospital and Advanced Diagnostic Center.

In an emergency, to get a free ambulance that will take you to a public hospital dial 104. There are also private ambulance services available.

Cost of Medical Care in Hungary

"She [my wife] broke her leg in a fall in Sarajevo and had to have serious surgery with plates and screws which included 2 weeks in the hospital. Total cost was less than $1,000. The surgery to remove the plates a year later in Veszprem was $400 which included a week in the hospital. I have had eye issues and twice have had a detached retina. I also had cataract surgery here as well. The surgical re-attachment was 40,000 HUF and the cataract surgery was $600 per eye including lens. As I mentioned we pay cash here. I no longer submit claims to Tricare as the error rate is over 400%, due to their incompetence. Now it is even harder as they only accept a cancelled check or credit card receipt as proof of payment and In Hungary no hospital takes anything other than cash. Receipts are no longer accepted without proof of payment by check or CC," said one expat.

"I've been living here for almost 4 years now, off and on over the past 24 years. My health is quite a concern for me. I have Tri-care but since I've worked for the Hungarian Government as a resident I was able to receive National Health Insurance. When I was living in Kaposvar I had to have a by-pass of my femoral artery. Quite extensive surgery and except for a little nerve related problem at the skin level I had not had any problems and recovered well. During that procedure I had: Ultrasound, Venagram, the surgery and several visits and follow ups with both my resident physician and the surgeon. I was and still am quite happy. I also have diabeties, arterio sclorosis and hypertension. I have an internal medicine physician who has been wonderful, helpful and very professional. That's here in Budapest. I also have a resident or family physician who is also fantastic. The facilities here are not US but the difference is it's social medicine. The physicians are much more conservative in my opinion and less puppy mill (next) or money diven. They seem to do it because they are physicans. Everything done here was for the minimal fee of about 40.00 usds per month. That's it. Now in the US I had to have 3 stints put into the other leg. That bill just for the proceedure was 52,000 usds. 1 day hospital stay. Not including the specialist fee and diagnostics. Thankfully, Tri-care paid for most of that but not all. I must say that the facilities here are not US facilities. You have to wait at times but I had to wait in the US longer than it took me to do the surgery here. I see my physicians as I need too and rarely wait more than 1 hour. Medicines are minimal much less that what you would pay in the US," compared one expat.

Payment is Required in Cash at the Time of Service

"Doctors and hospitals expect payment in cash at the time of service and usually cannot bill your insurer directly, even if you have coverage overseas. Be prepared to pay bills first and claim reimbursement from your insurer later," wrote the US State Department.

"If possible don't ask for a 'formal bill' as this will increase your out of pocket substantially," warned one expat.

According to the US State Department, "Prescription and over-the-counter medicines are widely available at pharmacies." Another expat said, "There is a local clinic and they will prescribe you pretty much all routine medication (blood pressure, cholesterol etc.) if you ask them. I used to take my bottle from the US with me but I realized it was not necessary!"

An expat living in Fonyod, Hungary on the south shore of Lake Balaton talks about healthcare in Hungary. She advises other expats to go to Siofok or Kaposvar for serious medical conditions. She also

Answer Questions about Healthcare in Hungary

Help others moving to Hungary by answering a set of questions about health insurance, public healthcare in Hungary, prescription medicine, quality of medical care and emergency services.

Being pregnant and giving birth abroad can be a bit unnerving. If you've had a baby abroad, please take a few minutes to answer a few questions about your experiences. Your insight will help to prepare other expat parents-to-be -- and hopefully calm their nerves.

Read Reports from Other Parents about their Childbirth experiences abroad.

If you're moving to Budapest or a newcomer living in Budapest, here are 14 things to know about life in this beautiful city - from the best districts for expat families and single expats, hospitals in Budapest, international schools, expat clubs and organizations and more.

Expats and Digital Nomads say Budapest has "a richness of stimuli of every sort" and is a "city both gorgeous and ALIVE." It's no wonder why it's become such a popular location for digital nomads.

8 Things Expats Wish They Had Known Before Moving to Hungary

Expats share 8 things they which they had known before they made the big move to Hungary - from what to bring to finding a good bank, healthcare to deciding where to live.

An expat living in Fonyod, Hungary on the south shore of Lake Balaton talks about healthcare in Hungary. She advises other expats to go to Siofok or Kaposvar for serious medical conditions. She also

Answer Questions about Healthcare in Hungary

Help others moving to Hungary by answering a set of questions about health insurance, public healthcare in Hungary, prescription medicine, quality of medical care and emergency services.

Being pregnant and giving birth abroad can be a bit unnerving. If you've had a baby abroad, please take a few minutes to answer a few questions about your experiences. Your insight will help to prepare other expat parents-to-be -- and hopefully calm their nerves.

Read Reports from Other Parents about their Childbirth experiences abroad.