Summary: Expats, digital nomads and retirees discuss what it is like to live in Qingdao, China: Cost of living, Finding a home, Meeting People and more.

What do I need to know about living in Qingdao?

When we asked people what advice they would give someone preparing to move to Qingdao, they said:

"Unless a school offers you RMB 8000 per month plus housing and return airfare, get a six-month contract. The market is much more favourable to reliable, amicable teachers than you are likely to find applying from outside, so it is absolutely in your interest to avoid being tied down to a particular school for a year or more. And get involved! Check out redSTAR! This city is far from boring," said another expat in Qingdao.

"For current information check out Qingdao Travel & Living Guide [http://www.thatsqingdao.com ] or pick up copies of the "Redstar" magazine and "The Qingdao Expat." They will tell you where to meet other expats and what things are going on," added another person living in Qingdao.

"Pick up free copies of The Qingdao Expat (Crowne Plaza Business Office) and Redstar magazine (many locations)," explained one expat living in Qingdao.

"Pick up copies of the "Redstar" magazine and "The Qingdao Expat." They will tell you where to meet other expats and what things are going on," said another in Qingdao.

How do I meet people in Qingdao?

When we asked people living in Qingdao about club and activities where newcomers can meet others, they responded:

"There's always great live music at several venues around town, and organisations like Hash House Harriers and Qingdao Expat have weekly and monthly events where you can get to know loads of people from China and abroad. The essential guide to getting involved in Qingdao is the redSTAR magazine and website - they host monthly events which are always a blast (also free and open to all), and they also bring fresh international talent to the city a few times each year. You can sign in at www.myredstar.com to receive email notifications about events and great things to do (free and otherwise) throughout the city, as well as directory listings for entertainment and services," added another person living in Qingdao.

"The locals say that you have not experienced Qingdao until you have hiked LaoShan and sampled some of its mythical waters or world renowned TsingTao Brew," explained one expat living in Qingdao.

"The foreign community in Qingdao has lunches every Wednesday at noon, monthly dinner nights and other activities. Schedule is published in The Qingdao Expat and Redstar magazines," said another in Qingdao.

"The expat community is very active here. There is a newsletter called "The Qingdao Expat" that connects us. There is a weekly lunch which is a good place to start getting connected," explained one expat who made the move to Qingdao.

Will I be able to find a job in Qingdao?

When we asked people about industries and career opportunities in Qingdao, they reponded:

"The main industries are tourism and trade, with trade offering a variety of work opportunities to anyone interested in factory management, product sourcing, marketing and business services. Many foreigners come directly from their home country with pre-arranged employment in these fields. Another large portion of the foreign community come to Qingdao to teach English (and most, including this writer, find it to be a positive experience) or learn Chinese, and move from those fields to more regular employment if and when they so desire. Participation in community events like those promoted through redSTAR is a great way to find new job opportunities once you are in Qingdao," explained one expat living in Qingdao.

"Qingdao has a zig-zagging pattern coastline, and thus possesses an invaluable stock of fish, shrimp, and other sea resources. Qingdao is also home to a variety of mineral resources," said another expat in Qingdao.

"For expat spouses, many job opportunities exist for teaching English and other languages and the pay is good. Jobs are found by looking in English publications and applying in person at schools," added another person living in Qingdao.

When we asked people living in Qingdao what life is like and how people spend their time, they said:

"Work is always going on, but people engage heavily with relaxation during the summer and family during the winter. While Qingdao has a growing services sector drawing staff from throughout China and the world, most people who work there still have family connections in the city. Summer is truly beautiful, with miles of beautiful beaches, state-of-the-art sailing facilities, municipal parks and a breathtaking mountain resort very close by," said another expat in Qingdao.

"Being the home of the 2008 Olympic Sailing Regatta, Qingdao's numerous outdoor activities include sailing, wind surfing, kayaking, hiking, camping, fishing, swimming, skiing, body surfing, mountain biking, paint ball, bird watching, basketball, tennis, volleyball, golf, football, and the list goes on. If you are an outdoor sports enthusiast, Qingdao is the place for you," added another person living in Qingdao.

"The priority here is work. The Chinese are preparing the city for the 2008 Olympics. Sailing events will be held here in Qingdao," explained one expat living in Qingdao.

What do expats in Qingdao appreciate most about the local culture?

"The people are friendly, the variety of cultural experiences is widely varied. Travel is cheap and the exchange rate makes my Social Security go about 5 times farther than it would in the US. I have easy access to Korea, Japan, Taiwan, Thailand, Vietnam, Mongolia, Nepal, and with a bit of visa effort, Tibet and Vladivostok are accessible. I'm currently in a seafood based cuisine here but I love the access to multiple dining experiences," remarked another expat in Qingdao.

"I would have to say language is high on the list but a translating program is available for download on smart phones, tablets, and computers,.. and that can help when necessary. maintenance of visas takes some effort but as I approach the end of my current visa in September, I'm hoping the newly relaxed visa requirements between the US and China will make renewing my visa easier. I am constantly recruited to teach English but currently am not on a work visa. I am not sure if these are challenges or simply items to which I have focused too little effort," said another expat in Qingdao.

Is there a lot of diversity? Are people in Qingdao accepting of differences?

"Qingdao people are very open and friendly but also relatively traditional. They are always willing to help or chat, and will often offer assistance if they see you struggling with something. But watch your own valuables on the bus! As far as diversity, there is a huge foreign population in Qingdao given its importance for trade and shipping, and many more foreigners visit every year as tourists. The Korean community alone is estimated to number over 100,000. Foreigners do not often get funny looks from locals. Also, the city is getting ready to take the 'world stage' in 2008 as it cohosts the XXIX Olympic Games with Beijing. Test regattas are going on each summer before the games, drawing huge numbers of tourists from around the world," remarked another expat in Qingdao.

"The Expat community is quite diverse. If you get a chance to meet some of the locals, you will not be disappointed. Most people are friendly and kind," explained one expat living in Qingdao.

"The Chinese are very accepting of all foreigners and the foreign community is composed of people from many countries," said another expat in Qingdao.

"The expat community is very diverse, and I don't sense any prejudices. Living overseas requires and strengthens acceptance of others in order to survive," added another person living in Qingdao.

"The classes are small and the teachers gladly meet with parents to help the children be placed academically and socially in the correct class. Please tell the staff of any concerns you have as they have been very helpful in resolving the concerns we had. Older students are available for tutoring at a reasonable cost if needed. As the other poster mentioned, this is a college prep school and most of the students are highly motivated, especially in the high school. This can prove challenging at time for some 'average' students. This school also offers many AP courses for high school students," remarked another parent with kids at Qingdao MTi International School in Qingdao.

"Older children need to be aware that is school is a college prep school and some classes may be more difficult than those in thier home country," explained one expat living in Qingdao, China.

Contribute
Help other expats and newcomers by answering questions about the challenges and adventures of living in Qingdao.

Expats Talk about Living in Qingdao 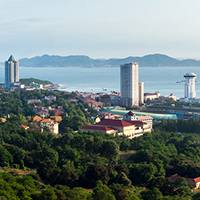 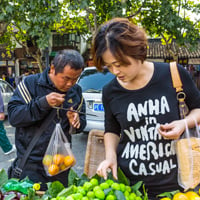 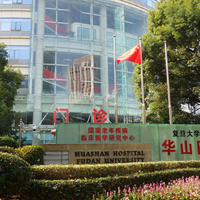 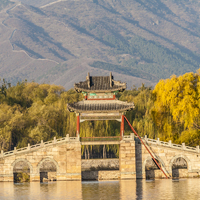 Guide to Living in Qingdao, China

Qingdao, China: Cost of Living, Healthcare and What to Know About Living in Qingdao

Contribute
Help other expats and newcomers by answering questions about the challenges and adventures of living in Qingdao.

Expats Talk about Living in Qingdao