Ojochal, Costa Rica is an international residential community, not a tourist town. It boasts beautiful beaches, a low crime rate, a thriving expat social scene and more. Steve Linder offers a great overview of the area.

Ojochal is a well known international residential community, not a tourist town. It has a larger percentage of foreigners than nearly any other town in Costa Rica. It is often referred to as "the Culinary Capital of Costa Rica" since many expats have opened restaurants there offering food from their home countries. Ojochal was the starting point of the Costa Ballena Women's Network, now with hundreds of members. There's a large US, Canadian and French contingent there, but you can also find residents from every continent. We now have an Indonesian restaurant, 2 French bakeries -- and Italian, Mexican, French, Thai, Tico and World cuisine. There's one of the most extensive collections of cooking ingredients of any grocery store anywhere in Costa Rica, in fact if you like to cook, this is the place to be. The little supermarket in Ojochal sells everything from Caviar to Curry, 5 kinds of Capers, Spring roll wrappers, Nori, Pickled ginger, polenta, cous cous and everything else you could think of. The expat community has been thriving for over 25 years. The crime rate is also lower than most other areas since it is a residential community and not a tourist town. It is also located south of the passport control checkpoint on the Baru River, criminals north of this point don't want to cross that bridge. The beaches in this area are stunning: Playa Tortuga, Playa Ballena, Playa Ventanas. Plus, it is is also where the mouth of the longest navigable river in all of Costa Rica reaches the ocean (the Terraba River). There are at least 10 phases of development for expats in Ojochal and lots of activities for both expats and Ticos. The neighborhood community interacts more with Ticos than in many other parts of Costa Rica.

Cost of Living in Ojochal 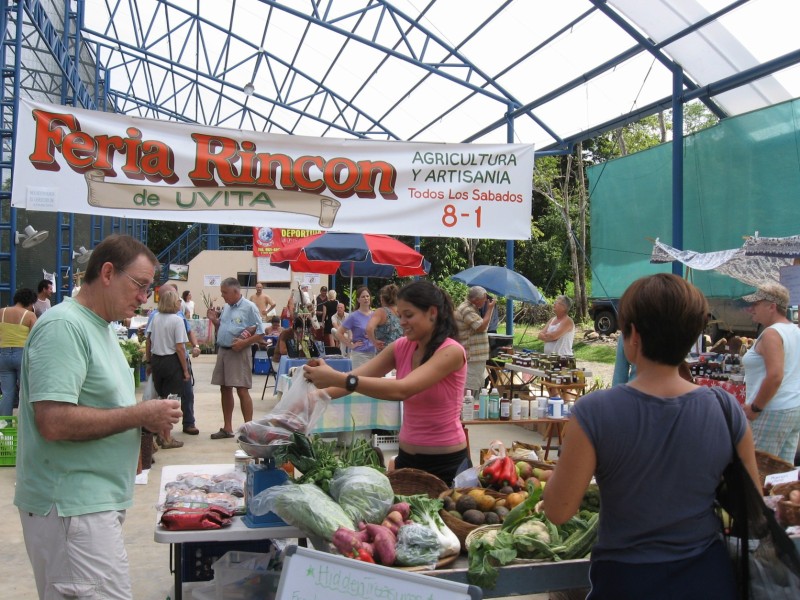 The cost of living is less than most tourist towns. For example if you own a restaurant in a non-tourist town and your food is not good or overpriced, you will quickly go out of business. Yet many well know restaurants are located in Ojochal. Water is abundant and you never need heat and most don't use AC. The temperature is more temperate than many other areas in Costa Rica, because the largest lowland forest in all of the entire Pacific region starts in Ojochal and continues to the south. The largest mangrove estuary in all of Central America is just to the south as well - so there is lots of clean air. The newest hospital in the CAJA system is located just two towns to the south in Cortez -- so healthcare is close and inexpensive. 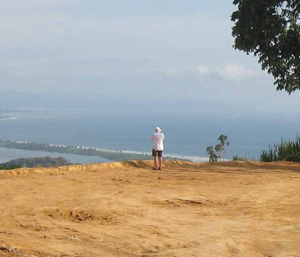 There are lots of philanthropic organizations in the expat community as well as the home of the Costa Ballena Women's Club. There's yoga, a gym, a golf course, a bowling alley and a few spas all within one town away to either the north (Uvita) or South (Tres Rios San Buenaventura).

There's an elementary school in Ojochal and a few private schools nearby. Most of the expats send their children to the Escuela Verde in Uvita, a multi-lingual green school based on the Montessori methodology. 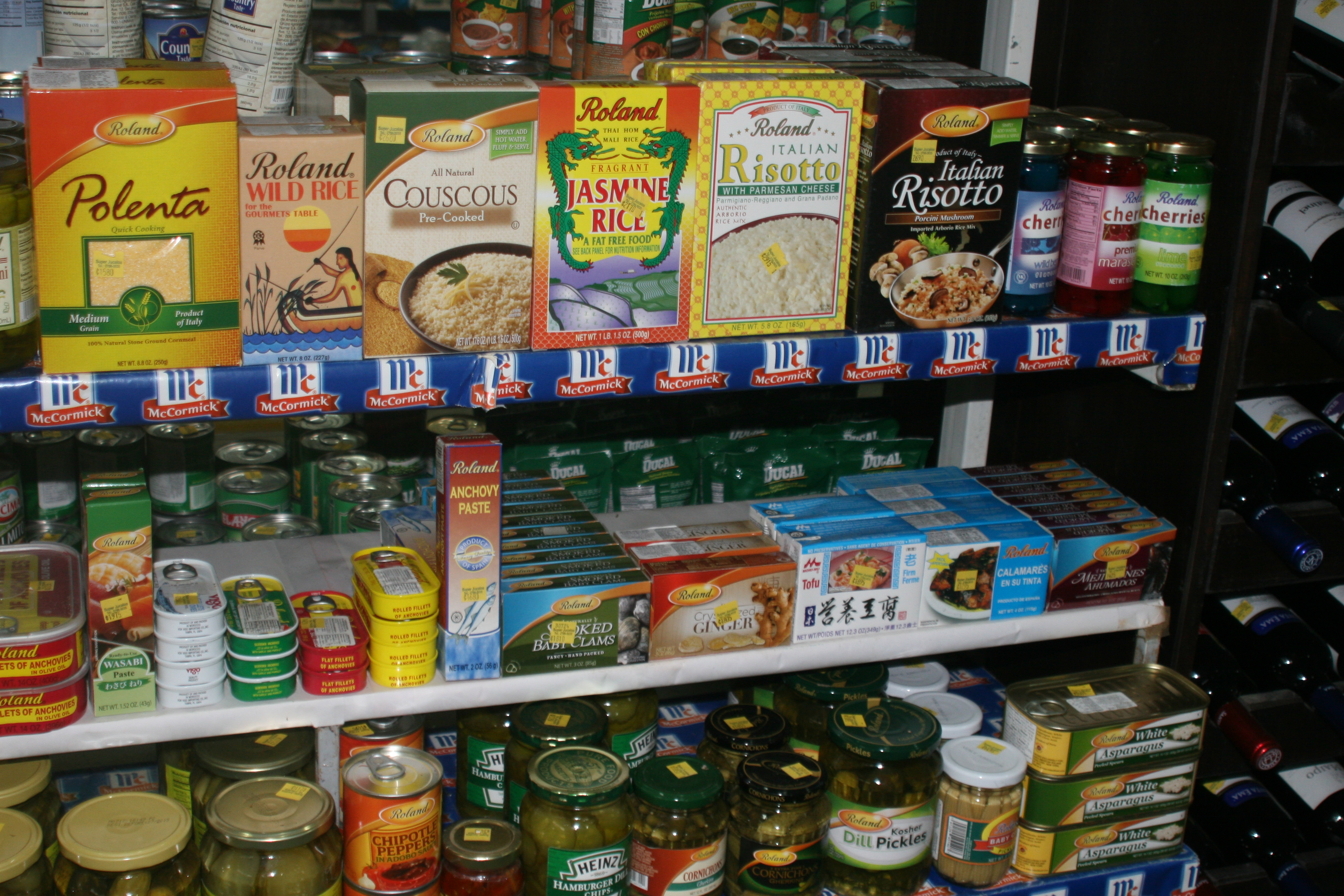 We have a great supermarket in Ojochal, Jaucaloa. We also have a gourmet shop/liquor store (greenleaf), there's a farmers market weekly and a pretty large Mennonite community close by that sells locally produced dairy products and baked goods. There's also a local seafood purveyor as well as roadside fruit and vegetable stands.

Not much for public transport other than taxi's, the national bus lines in Costa Rica and the tourist shuttles. Taxi's are difficult to find and you wait a long time. 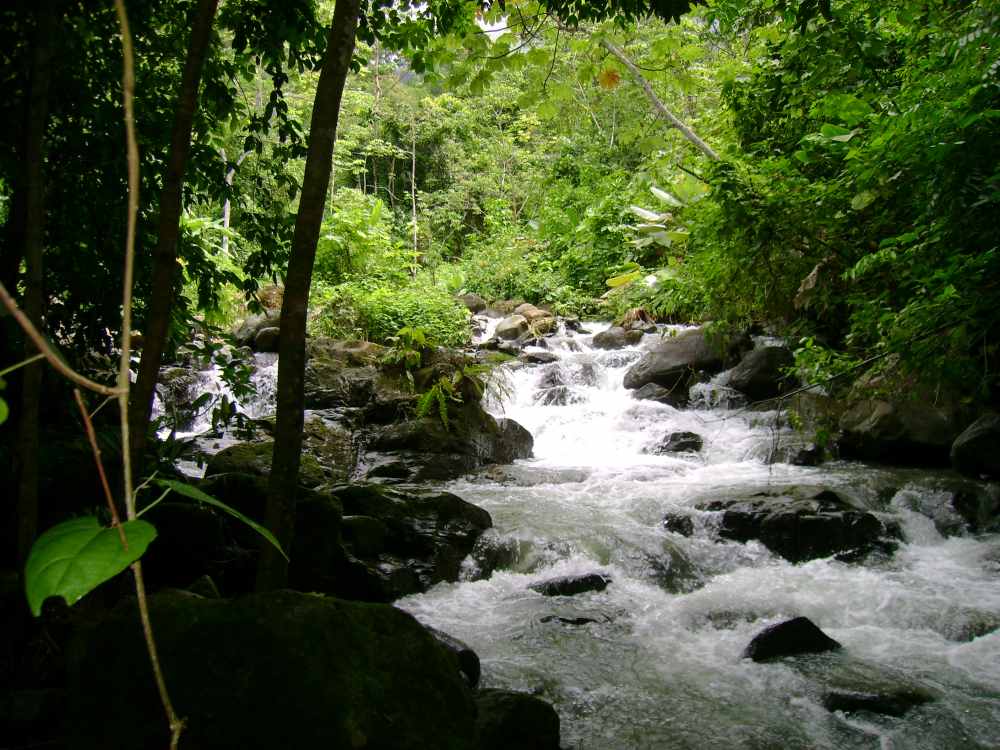 Although this area is rain forest, the weather is quite nice. It's not windy, but we get ocean breezes. The temperature is more moderate than other areas of the coast due to the high mountains located as a backdrop to Ojochal. The highest mountain ridge comes the closest to the sea at Ojochal, highest in all the Pacific. Rain is predictable during the rainy season, nearly every day in late afternoon but not during the day very often. 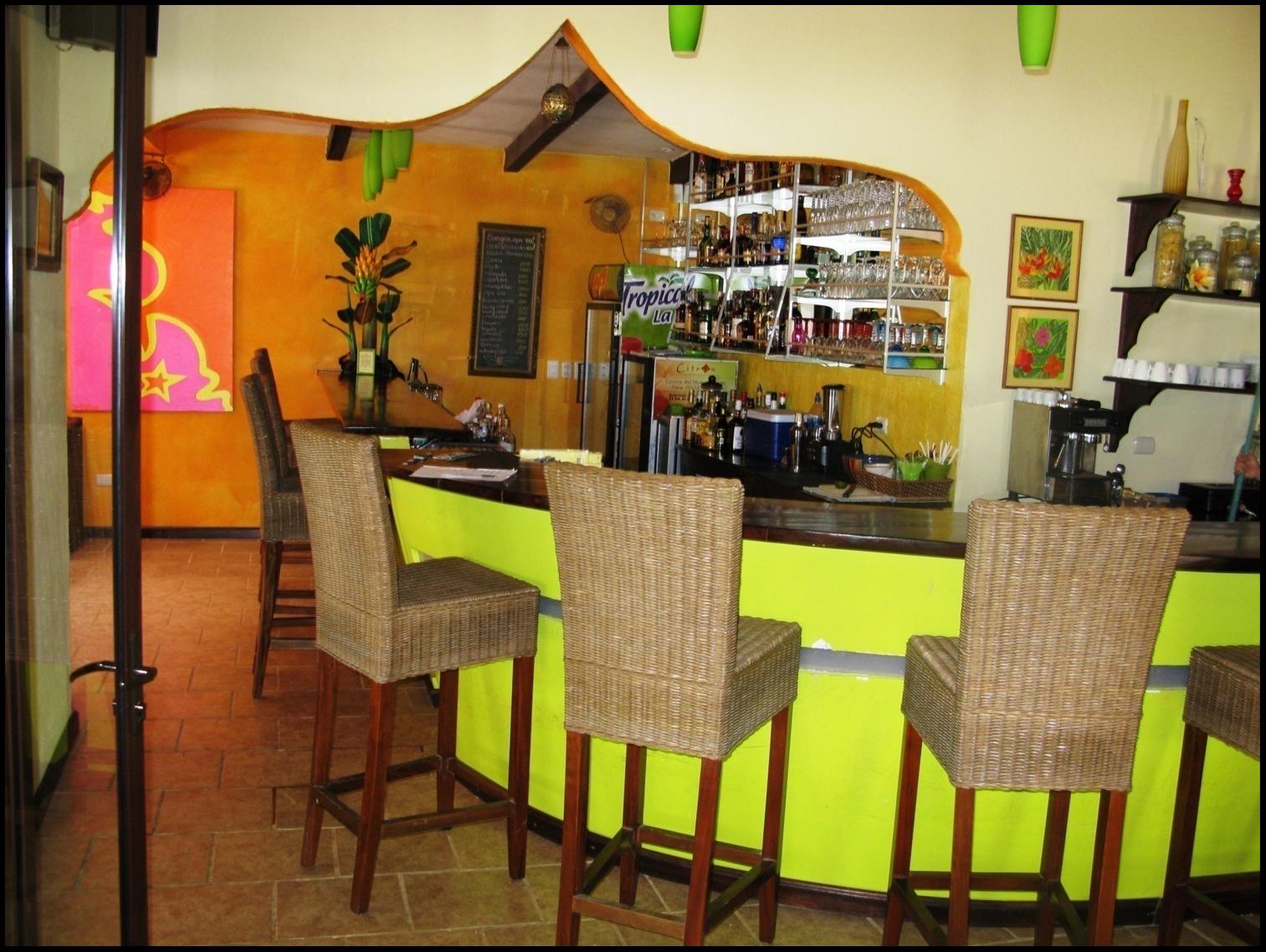 As mentioned above, lots of restaurants and nearly every night there is an expat gathering at one of a variety of restaurants. El Castillo, Nanny's, Citrus Restaurant, Cafe Exotica and Le Bistro are all hot spots on various nights. 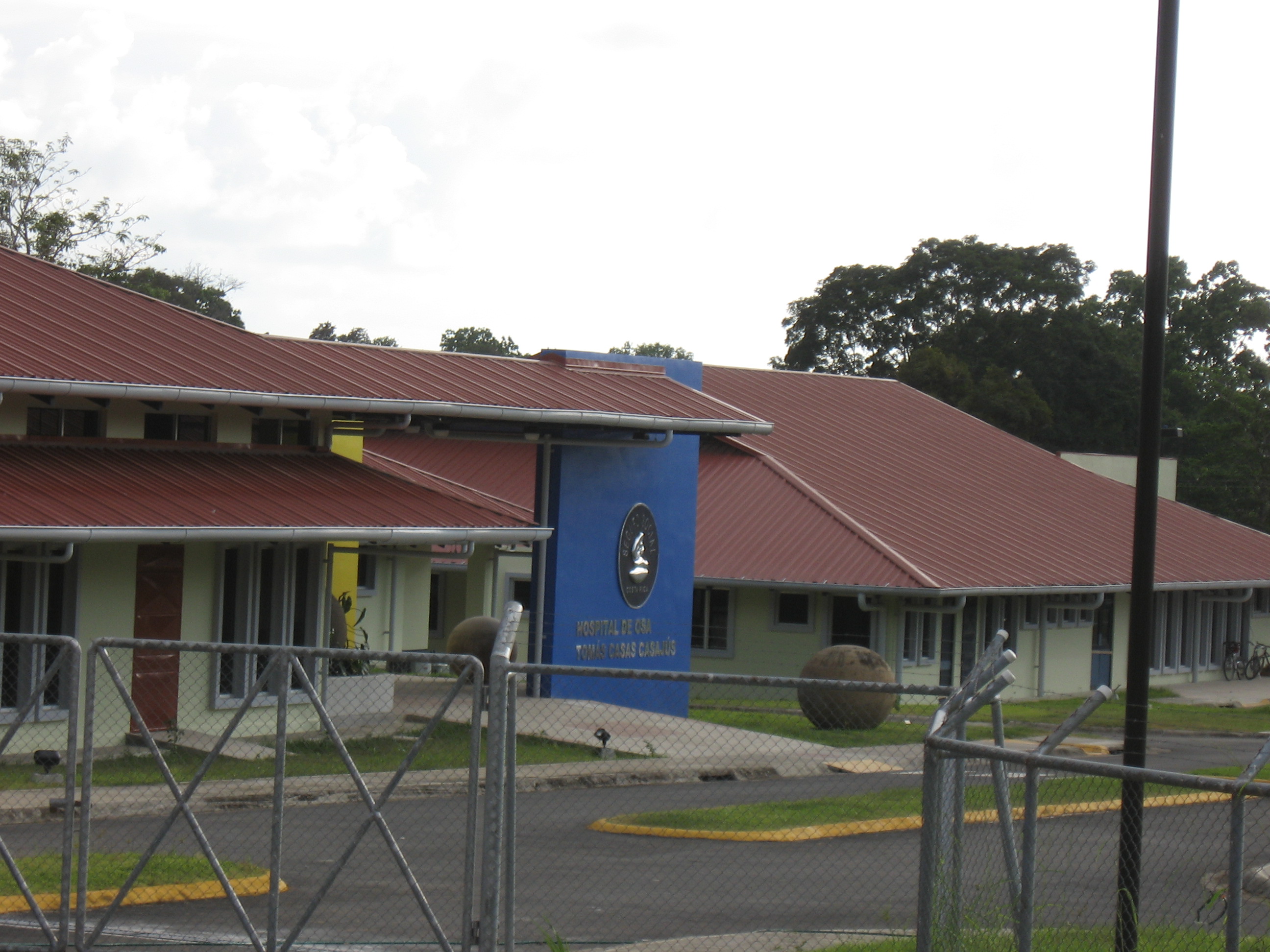 The Hospital de Osa, a new hospital with 88 beds, 80,000 square feet, an emergency room and lots of doctors is located just 15 minutes down the coastal highway. There are also local clinics and dentists in Uvita, the next town to the north. You won't have open heart surgery in this area, but almost anything else is possible.

Petty crime while at the beach or breaking and entering are the two issues we have faced, but not much compared to other areas of Costa Rica.

An expat talks about what it's like living in Montezuma, Costa Rica. The challenges he found in Montezuma where terrible roads, power outages, the language barrier and the prohibitively high cost of shipping into the country.

An expat talks about what it's like living in Montezuma, Costa Rica. The challenges he found in Montezuma where terrible roads, power outages, the language barrier and the prohibitively high cost of...

An expat in Montezuma, Costa Rica talks about learning to live more simply, let go of material things and enjoy the fresh air, sunshine and life. But, you'll also have to adjust to living without Starbucks, driving on very bumpy roads, lots of insects and rainy season.

An expat in Montezuma, Costa Rica talks about learning to live more simply, let go of material things and enjoy the fresh air, sunshine and life. But, you'll also have to adjust to living without Sta...

Applying for residency in Costa Rica can be a daunting process. Which type of residency is right for me? Do I need an attorney? Do I have to leave the country every 90 days? What is a cedula? This...