Summary: If you're moving to Honduras, this must-read article covers healthcare, best places to live, culture shock, crime and much more. 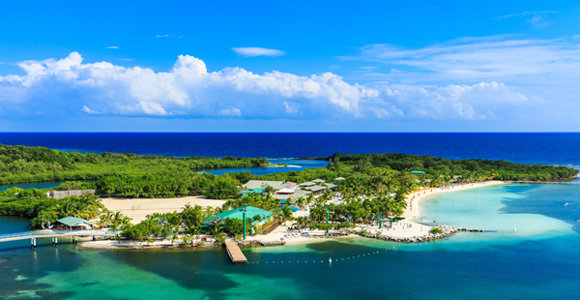 This article is a must read for anyone moving to Honduras. Expats in Honduras share their advice for newcomers - topics include lifestyle, culture shock, best places to live, moving with children, health insurance, crime and more. Here are 9 things to know before you move to Honduras:

"This is a city in a third world country, don't consider moving here until you can accept the many differences in lifestyle from a developed country like the US. Many of the everyday services that you have don't exist here. The pace is much slower, service in many businesses is poor or non-existent and you will only increase your own blood pressure trying to demand better service. Utilities that you expect to receive are sometimes non-existent or of poor quality, so make sure if you rent or buy that these are already in place, promises to install them in most cases will only lead to your frustration. You can live very well here on much less than you can imagine, and this is an ideal location for retirees on limited budgets and its relatively easy to obtain a resident Visa. Explore the area and have or learn basic conversational Spanish before making a final decision to live here," said one expat who moved to La Ceiba, Honduras.

We asked expats about the culture shock they experienced when they moved to Honduras. They replied:

"Much more than I expected. Honduras is much poorer than Colombia, with much less infrastructure and fewer amenities. Also, I had not lived in Latin American for many years," said one expat who moved to Siguatepeque, Honduras. He went on to advise newcomers to, "Ride it through. This strange, bewildering place will come to be familiar and comfortable. Really."

"I can attest to the stages of culture shock. My wife and I spent two years in Sigua and my first stage was the excitement and wonder at everything new. Then after a week or two we started getting irritated at some of the cultural differences-everyone 45 minutes late, trash in the streets and stray dogs everywhere. People so caught up with 'appearances'. Paperwork that had to go through at least three levels and stamped four times after being notarized. The indifference of the rich toward the poor. Then we started adjusting slowly and appreciating the differences. Finally we came to love the closeness of friends and family, the happiness, celebrating the holidays, open Christianity," added another expat.

Moving to Honduras with Children

In a thread about family life in Roatan, one newcomer asked, "Hi! My husband and I are looking to bring our two boys, ages 5 and 7 to Roatan for an extended stay. I would love to hear from any other expats who have children there, what schools they go to, areas they live, etc. Thank you for your time!" An expat mom replied, "I live on Roatan with my 2 boys, 11 and 13 (we've been here pretty much all of their lives). We live in Sandy Bay. The boys go up to school in French Harbour at Kingdom Bilingual School, which is affordable (a little over $100 per month plus transportation), but I'm not loving it (before that, they went to La Luisa in Coxen Hole). If funds are not an issue, there's a private school in Sandy Bay that's very good called Island Academy, or a montessori-type school for the lower grades called Discovery Bay. Up past French Harbour, I've heard Nuna is good too. I think the island is a fantastic place to raise kids when they're young (as they get older, schooling gets to be more and more of an issue)- if you're living in the community (rather than somewhere gated), then they'll get to be bilingual, spend lots of time playing outside (rather than on screens), never really know what a brand name is (my kids didn't have brand name awareness until this last year, when we were up in Canada for the year due to health issues with my dad). I really like the area of Sandy Bay- close enough to West End if we want to go out for dinner or something, and close to Coxen Hole for groceries, banking etc. We didn't have a car for many years, and didn't really need it as transportation by bus or taxi is easy and cheap. You're welcome to send me a pm if you have any questions about life here."

What Expats Appreciate about Living in Honduras

We asked expats in Honduras what they appreciated about their new culture. Here's what they had to say:

"You can slow down and enjoy life. I love how people are so friendly and take time for one another," said one expat who moved to Tegucigalpa, Honduras.

"Friendliness, non-materialistic -- that is, no one cares what kind of car you drive or how big your house is. As odd as it may sound, I appreciate the lower standard of living, and the fact that everything doesn't have to be enormous and fancy. I also like the freshness of the food," mentioned another expat when asked about moving to Honduras.

Some Challenging Aspects of Life in Honduras

We asked expats about the most challenging aspects are of living in Honduras. One expat wrote, "Backwardness, bureaucracy, security and safety. Also, because I don't know how things work, the most basic task can be very daunting -- buying groceries, opening a bank account, even taking a walk."

In our article, 5 Important Tips about Healthcare for Expats in Honduras, Joshua Wood, LPC wrote, "Expats in Honduras should not expect to rely on the public health care system. Problems with fraud and embezzlement have been particularly bad in the last decade, and this has worsened a situation in which many Hondurans already were without appropriate care. Obviously then, Private health insurance in Honduras is a must for expatriates living there. It's critical that you have insurance that will cover you not only in Honduras, but also at home and, if needed, other countries relevant to your individual situation.

The US State Department wrote about healthcare in Honduras saying, "Staff, facilities, and supplies in Honduras are not necessarily up to U.S. medical standards. There are adequate facilities for advanced surgical procedures in case of non-elective emergencies. Honduras lacks the infrastructure to maintain water purity and food safety. Diarrheal illness is very common even in large cities and luxury accommodations. Only sealed commercial water containers (bottles) are considered safe to drink. Air pollution can aggravate or lead to respiratory problems during the dry season due to widespread forest fires and agricultural burning."

Chikungunya, Dengue Fever, Malaria and Zika are all prevalent in in Honduras. Honduras currently requires travelers arriving from Panama and every nation in South America to present proof of yellow fever vaccine. Vaccinations for measles, rubella, rabies, hepatitis A, hepatitis B, typhoid are also recommended.

Deciding Where to Live in Honduras

A Warning for Expats Buying Property in Honduras

The US Embassy in Honduras has a specific page about land disputes in Honduras, "U.S. citizens should exercise extreme caution before entering into any form of commitment to invest in real estate in Honduras, particularly in coastal areas and the Bay Islands. Honduran laws and practices regarding real estate differ substantially from those in the United States, and fraudulent deeds and titles are common. U.S. citizens considering investing or buying real estate in Honduras should be aware that rights to such property do not enjoy the same level of protection as in the United States. Violence has been used against U.S. citizens involved in disputed property cases. Potential investors should engage competent local legal representation before making any commitments. Investors should also thoroughly check the references of attorneys and real estate agents before committing to utilizing their services or entering into any form of a legal agreement with them. Unfortunately, the U.S. Embassy does not have the authority to provide legal advice or representation and cannot intervene in private property disputes. The U.S. Embassy can provide a list of attorneys (PDF 132 KB) in Honduras registered with the U.S. Embassy, who have expressed interest in representing U.S. citizens abroad; however, please note that this list is not vetted and is not to be considered as a recommendation of the quality or competency of the attorneys on the list."

Crime Rates are High in Some Areas of Honduras

According to the US State Department, "Honduras has one of the highest homicide rates in the world. While crime and violence are serious problems throughout the country, the north coast and central portions of the country have historically had the country's highest crime rates. Review your personal security plans; remain aware of your surroundings and local events; and monitor local news stations for updates. Maintain a high level of vigilance, take appropriate steps to enhance your personal security, and follow instructions of local authorities."

The US State Department notes that crime rates are lower in the Bay Islands and Copan Ruins, "Areas frequented by tourists, such as the Bay Islands (including Roatan, Utila and Guanaja) and Copan Ruins, have notably lower rates of homicide and violent crime and increased law enforcement services. U.S. government employees have no restrictions on travel to these areas. Travelers should still exercise reasonable precautions."

One expat shared his perspective on crime in Honduras, "I know of the High Murder rate here in Honduras. However, I know I have never felt unsafe in my travels to San Pedro or Tegucigalpa. Not a fan of Tegucigalpa due to it's real narrow streets. After traveling through Central America, I would recommend Honduras for a Retired Person."

Expats Talk about What it's Like Moving to Honduras

Visit our Honduras Forum and talk with other expats who can offer you insight and tips about living in Honduras.

5 Important Tips about Healthcare for Expats in Honduras

Health care in Honduras is an especially important topic for expatriates living there. It is critical to carefully consider the area you move to and what that choice will mean for your individual health. International health insurance is a must.

10 Tips for Living in Honduras

Expats Talk about What it's Like Moving to Honduras