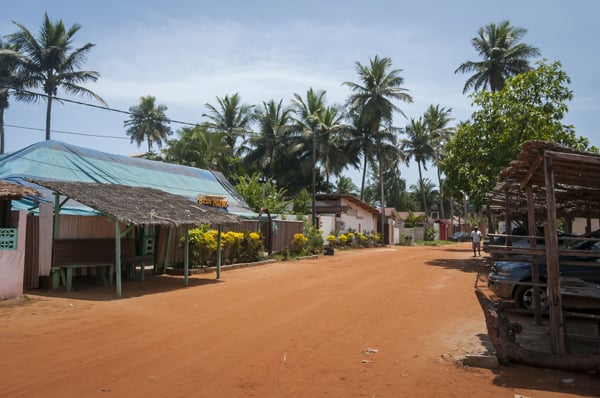 Summary: Expats, digital nomads and retirees discuss what it is like to live in Ivory Coast: Cost of living, Finding a home, Meeting People and more.

What do expats in Ivory Coast appreciate most about the local culture?

"The people in general are actually quite friendly - but many will see foreigners as only a way to make cash and will take advantage of you. But if you are lucky enough to find some that are genuinely kind, they will do anything for you and will treat you like family," added another person living in Abidjan.

"It's okay to take an evening walk and have met some new and nice expats- international communities. No local friends at all," explained one expat living in Abidjan.

"The streets are so active, day and night. I think the Ivoiriens are a particularly handsome people, and I love their sense of style - beautiful fabric made into shirts for the men and pagnes for the women. People make an effort to look their best here, from educated business people to produce vendors on the side of the road. And although I have, as a blonde-haired, blue-eyed white woman, definitely been the recipient of many long looks, I have never felt threatened in any way," said another in Abidjan.

"most people turn out to be helpful, very friendly and very open with their opinions. it's a vivid and colourful culture. i like that there is city life (where you can almost live up to western standards) but also still very traditional ways of living in the villages. it`s interesting to get to know all the problems they have to develop and how much everything changed after the crisis," explained one expat who made the move to Abidjan.

"A couple of things... first has been the corrupt government and along with that, the bribing that goes on here. Currently, Ivory Coast has the fastest growing economy in Africa. But the local people are not reaping the rewards -- only the wealthy and government connected Lebanese and Ivorians are. It is extremely difficult and frustrating to see this very apparent inequality happening right in front of your face. Minimum wage has not been raised for many years and is currently at CFA 60,000/month... which is roughly USD $120. However, the price of electricity, for example, is very expensive at approximately USD $40 for very very very minimal usage in a small home. And high speed internet (2MBPS) is also roughly USD $40. This is not to mention rents, which have skyrocketed in the last 3 years... a modest, old style apartment in an okay part of the city will easily run you CFA 300,000/month. So obviously, this minimum wage is NOT a livable wage. For such a fast and wealthy growing economy - you would think they could do better for the people. But instead, the high ranking officials keep most of if for themselves. This also leads to bribing - which happens constantly and overtly here. I have been stopped 4 times by the police while driving just to "check my papers"... but I am always asked to pay something to them. They don't always give a reason, though sometimes they will make something up like, "your windows are too tinted" or "your tires don't seem to be in regulation with the car". And then they ask you for the equivalent of USD $3-5. It doesn't seem like a lot, but it is the principle of needing to pay someone, even though you've done nothing wrong. This happens all the time. I have been asked for money from the electricity company, the security company at our home, the driving license bureau, the lady who took my blood at the hospital, the guardian at my bank... everywhere. And it is outright and open. They are not ashamed to do it. It seems to be just a way of life - they expect you to give them extra money and they have no problem asking you for it," explained one expat.

"Dealing with the locals and listening to their nonsense- including from maids and drivers- the attitude of the locals at all levels is the biggest issue especially when compared to Anglophone Africa- that is way progressive and a lot more respectful and less lazy," said another person in Abidjan.

"Again, seeing the filth in the streets, and the deteriorating infrastructure. So many wonderful buildings left unfinished or abandoned. I have come to appreciate this place in a very short time, and I find myself wanting very much for it to be reborn as the vibrant city it once was," remarked another expat in Abidjan.

"the slowliness and uneffectiveness. the fact that i never know if someone likes me because of my wallet or because of me as a person. the noise and that you can hardly walk on the streets without being bugged by someone," explained one expat living in Abidjan.

Ivory Coast Guide
Learn what members have to say about living in Ivory Coast.

Ivory Coast Forum
Talk with other digital nomads and expats in Ivory Coast on our Ivory Coast forum - meet people, get advice and help others.

Ivory Coast Index
An index of all of our site's Ivory Coast information.

Take off your rose-colored glasses and learn what digital nomads & expats have to say about the biggest challenges and the greatest rewards of living in Ivory Coast.

Ivory Coast Guide
Learn what members have to say about living in Ivory Coast.

Ivory Coast Forum
Talk with other digital nomads and expats in Ivory Coast on our Ivory Coast forum - meet people, get advice and help others.

Ivory Coast Index
An index of all of our site's Ivory Coast information.

Take off your rose-colored glasses and learn what digital nomads & expats have to say about the biggest challenges and the greatest rewards of living in Ivory Coast.