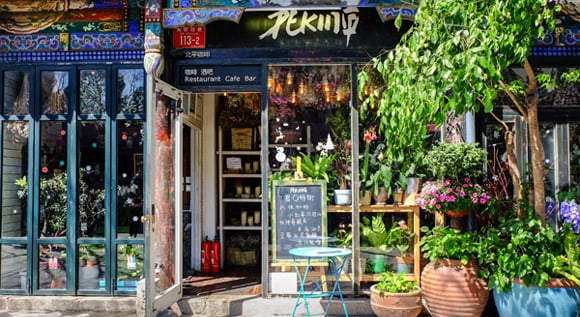 What do I need to know before moving to Beijing?

When we asked people what advice they would give someone preparing to move to Beijing, they said:

"Be patient and have a lot of cash on hand! Apartments in north China require an initial payment of 3 months and 1-month deposit. That is a lot of money to spend at the beginning. Everyone should arrive in Beijing with at least a minimum of $5,000 USD for start-up costs. The best way to find an apartment is to ask a colleague which realtors they used," remarked another expat in Beijing .

"Find a local from Beijing to help with location. Pay attention to what comes with the property, 24 hour hot water, elevator, heat, satellite tv, internet, and the maintenance. The sizes are in square meters which isn't always accurate because they describe construction size and not the living space," explained one expat living in Beijing.

Quickly and easily find trusted moving, insurance, relocation and other providers with Expat Exchange's Moving Planner. Select which of our trusted partners you would like to hear from and we'll do the rest.

Plan Your Move to China

Quickly and easily find trusted moving, insurance, relocation and other providers with Expat Exchange's Moving Planner. Select which of our trusted partners you would like to hear from and we'll do the rest.
Get Started Now

How do I find a place to live in Beijing?

We asked expats how they chose their neighborhood and found a place to live. They answered:

"Beijing is a HUGE city and you want to live near where you work. You'll hate life if you have to commute a long time on the subways - which is insanely crowded during rush hours. I work in the CBD so I got an apartment that is about a 30-minute walk from home or a 5-minute ride on the bus," added another person living in Beijing .

"I used a service called Ihouse. I did lots of research online for expat housing and knew what I wanted. I wanted a real bathroom with a toilet and shower stall and an apartment with lots of closets. I also wanted something close to a subway station. I live near jianguomen and the 2nd ring road," explained one expat living in Beijing.

What is a typical expat home or apartment like in Beijing?

"Pretty much everyone here lives in apartments in big buildings. Some families may choose to live in villas in the Shunyi area, but everyone else is in apartments. Apartments in Beijing tend to be older but they are all furnished and safe. Decorations can be a bit underwhelming so you'll want to invest in some plants, paintings and other things to make your home warm," remarked another in Beijing .

"I live in a high rise apartment / hotel. Yes, to begin with most live in some sort of service apartment or they share a big apartment with several rooms. I prefer to live alone. My apartment is serviced which is nice because they help me care for my cat when I'm away. I've heard you can hire an aiyi and they can teach you to cook," explained one expat.

What is the average cost of housing in Beijing?

If you are thinking about moving to Beijing, cost of living in probably a key consideration. Expats commented about the cost of housing:

"Housing in Beijing is expensive. I would estimate that most expats are spending at least $1,000 USD a month on their housing. The further from the city center, the cheaper. Roommates are also an option to cut costs," said another expat in Beijing .

"The costs are much higher. I pay nearly double what I paid at home. You can find okay housing from 7500 to good housing around 20-25000 Rmb," added another person living in Beijing.

What should I bring when moving to Beijing?

"Men's Shoes in China: If you are a size 11 or larger you'll find it difficult to find quality men's shoes here. Over the counter medications in China: It's difficult to find simple brands that you know in Chinese shops like Pepto-Bismol, Nyquil, etc. If you have some brands that you rely on, bring those. I also recommend bringing a First Aid Kit as it is just a good idea to have on hand! VPN: Most Western Internet sites are blocked here. You want to pre-install a VPN on your computer and phone before you arrive in China. If you don't, the initial days here will be confusing," said another expat in Beijing .

"Three things I wish I had brought when moving to Beijing: My favorite hair products - American products are really expensive and sometimes impossible to find. Cocktail bitters - I come from a place where craft cocktails are all the rage. Finding anything but agnosta bitters is unheard of. My favorite chair - most everyone buys their furniture at IKEA, which is fine. But, if you want something different there aren't many places where you can walk in, try something and then go home with it any earlier than 6 weeks. Three things I didn't need to bring Any of my kitchen appliances - I knew my hairdryer didn't work but didn't think about anything else. You will have to have a converter to use with anything. Way easier to just buy a new appliance. High heel shoes - I sprained my ankle within 2 weeks of arriving. The sidewalks are uneven and horrible to walk on. I won't wear high heels ever in Beijing. Hard luggage - I've converted everything to soft so I can pack it away. It's hard to move at the airport true, but better than it taking up your living space," added another person living in Beijing.

What do expats in Beijing appreciate most about the local culture?

"There is no transparency and consistency in how things are done in China. We cannot make any sense in how they operate in the university (we work in the university), government (the Chinese call this the "Black Box" since no one understands how officials are selected), banks (answers differ based on who you talk to). It all depends on your relationships (otherwise called "Guanxi". The stronger the relationship you have to someone that have strong connections, the better you have in getting things done. This certainly builds inequality, sometimes it helps us," remarked another expat in Beijing.

"It looks big on the outside but each dept, i.e. primary, Ms & HS are well separated. It is very academic which is good for preparing the children for the future. It has a very good name in the community," remarked another parent with kids at International Scool of Beijing(ISB) in Beijing.

"My main interest has been in special needs education, particularly for a child with autism. Dulwich took over the independent school at the end of last year and are working on integration within the mainstream school. There is considerable good will and enthusiasm to include these children in the school, and the administration are taking the initiative seriously and putting time and effort into the longer term planning for this," explained one expat living in Beijing, China.

Contribute
Help others in China by answering questions about the challenges and adventures of living in China.