An Expat Talks about Living in Charlotte, North Carolina

Create an Expat Profile for Your City or Town

What activities, clubs and organizations would you recommend to newcomers to help them meet others?

The YMCA is a good place to meet people, and there are plenty of locations around Charlotte. Church is also a good place to meet people. Church is big in the south, but that doesn't necessarily mean that the folks are all religious fanatics. Church is church, but it is also a big social occasion. Most churches provide daycare, youth groups, etc. I haven't been to church since I left Chatham, but it's often crossed my mind to try one of the nearby churches just to meet more and different people. There are also a fair number of Catholic churches, synagogues, etc., so it's pretty diverse. Some are way conservative, but most seem to provide a great social and support network for their members.

In terms of religious, racial, economic and cultural diversity, are the people of this city or town diverse? Are they accepting of differences? Describe.

Well, that's a hard question. Charlotte has an identity crisis. It wants to be considered a world class city, but it's just not ready. For example, a few years ago Charlotte was one of the cities selected by the playwright of "Angels in America" as one of the few cities in which he was going to stage his play. Charlotte was very proud of this and you heard about this coup up until the first performance. Then the town did an about face and attacked the Arts and Science Council because there was a nude scene with a gay man (I don't quite remember - I didn't see the play). It's like the city wants the good press but doesn't want to get its hands dirty. We have a ton of ethnic restaurants, and the fastest growing Hispanic population in the nation. But we get resistance to mixed-use zoning (houses, shops, apartments in the same community). I guess a good description would be to say that Charlotte is a statistically diverse city, but in reality it can be segregated. It's OK to be ethnic as long as you are being ethnic in your appropriate ethnic space. Charlotte wants to embrace the future but isn't ready to let go of its past, so it's going to have problems. But it's also going to have a lot of opportunities.

What are the main industries in this city? What types of career opportunities commonly exist? How do most people find new jobs?

Charlotte is a banking town with the Bank of America headquarters here, but there is also a tech sector, with Microsoft, Novell, Oracle, etc. The hospitality industry (hotels/restaurants) is also pretty big. It's actually a fairly mixed bag - I would say you could probably find any type of work you're looking for in Charlotte.

In general, what are peoples' priorities in this city? For example, do lives revolve around work, family, socializing, sports, etc.?

Work is important when you are at work, but once you've left the office family takes over. Family is very important here, and people seem to have much more contact with extended family members of all ages than I remember from up north. Socializing and sports are part of the culture, but also a status thing, such as Panther tickets or the symphony uptown. And yes, even NASCAR tickets are a status thing - they're almost impossible to get!

Get FREE quotes from up to 6 international movers from The Relocator. Save up to 50% on your move to United States! The Relocator offers an easy and free service to receive quotes from renowned and certified movers worldwide. They only work with qualified moving companies. Over 500 movers worldwide have already joined their service to help you get the best price and service for your international move. Get your moving quotes.

If a friend of yours was thinking of moving to this city or town from far away, what other advice would you give them.

Charlotte is a great town to start out in, make your way, and gain experience. It's big, but not too big. It's small, but not too small. I guess a good comparison would be that Charlotte is the slick corporately owned restaurant chain while Asheville, NC is the bohemian independently owned night club. Charlotte has the job market but everyone wants to retire to the Blue Ridge Mountains. I like Charlotte. It has a great music scene. There's lots to do. But you don't fall in love with Charlotte like you would Charleston, SC or San Francisco.

Talk with Expats in United States

If you're not involved in our United States Forum, it's a great place to meet others in your area, get answers to questions about moving to United States or offer advice to a newcomer.

Expats living in the New York Metropolitan area have a variety of public transportation options. Learn about the rail and bus systems near your home - or where you will live....

Expats in New York City will learn a lot about the culture and people of New York if they get out and do some exploring. Here are 10 things to do that will help get you quickly settled....

Many expats that live in or around New York City choose not to live in the city, but instead in one of the many suburbs in New Jersey, Connecticut and Westchester County, NY. Here are just a few of the options available to expats.

Many expats that live in or around New York City choose not to live in the city, but instead in one of the many suburbs in New Jersey, Connecticut and Westchester County, NY. Here are just a few of t...

Which US States Are Best For Expats?

Get a quote for expat health insurance in United States from our partner, Cigna Global Health.
Get a Quote

Expats in the United States live in the most sought after destination country in the world. Here are some tips and resources for finding out what you need to get there, and how to succeed once you're in the U. (more)

Expats who want to move to the USA should do a lot of homework and carefully organize their efforts as they move through the immigration process. This article and the other resources linked will help you develop an understanding of how to accomplish this. (more)

Expats in the United States have to navigate one of the most expensive health systems in the world. However, when properly navigated, the quality of care is excellent when compared to the rest of the world. (more)

Real Estate in The United States 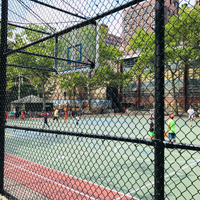 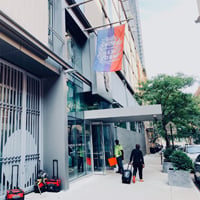 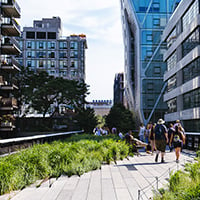