11 Things to Know Before Moving to Cuenca, Ecuador

Cuenca is Ecuador's third largest city, but still has a small-city feeling. Expats share 11 things they wish they had known before moving to Cuenca from packing sunscreen to being aware of gringo gouging.

Cuenca is Ecuador's third largest city, but still has a small-city feeling. Expats share 11 things they wish they had known before moving to Cuenca from packing sunscreen to being aware of gringo gouging.

2022 Expat Guide to Living in Cuenca

Expats, digital nomads & retirees talk about what it's like living in Cuenca.

Talk with other digital nomads and expats in Cuenca on our Cuenca forum - meet people, get advice and help others.

Pros & Cons of Living in Cuenca

Expats in Cuenca talk about the Pros & Cons of Living in Cuenca.

Expats Talk about the Cost of Living in Cuenca

Expats offer insight into the cost of living in Cuenca.

An American expat and his Ecuadorian wife, who initially lived with family in Quito, moved to Cuenca and enjoy life there. The expat husband advises anyone considering a move to Ecuador to learn Spanish, realize that you'll have to travel home see your family (most won't visit you) and know that homesickness happens in random moments that sneak up on you.

A semi-retired woman who relocated to Cuenca, Ecuador once her children were grown is enjoying life there with her husband. He has longed to return to Central America, since living there as a child. 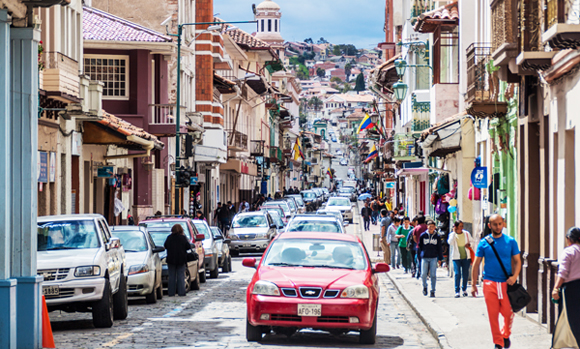 An expat offers an immensely helpful view of what it's like living in Cuenca, Ecuador - from expat clubs to job opportunities.

An expat in Cuenca, Ecuador appreciates the beautiful environment and people. He advises newcomers to get learn Spanish and meet locals instead of socializing with other expats.

More Reports about Living In Cuenca

8 Tips for Living in Cuenca, Ecuador
Many expats in Cuenca, Ecuador love the city's climate, friendly people and low cost of living. Other expats find that this developing city's bland food, dirty streets and noisy neighborhoods are too much to take.

Expats Talk about Healthcare in Cuenca

Expats in Cuenca talk about healthcare in Cuenca.

An expat in Cuenca talks about Ecuador's mandatory health insurance requirement, Moscosa Hospital and the cost and availability of prescription medicines.

An expat in Cuenca, Ecuador offers insight on his health care experiences there. A considerable amount information is shared about hospitals, costs, alternative therapies and more are convered.

An expat in Cuenca, Ecuador talks about the great care he received at Santa Ines Hospital, the low cost of high quality healthcare in Ecuador and the availability of most common prescription medicines (usually available without a prescription).

Expats Talk about Moving to Cuenca

Expats in Cuenca offer advice about Moving to Cuenca.

An American woman talks about the ups and downs of moving to Cuenca. She had limited Spanish when she arrived, but a local woman helped her in the apartment search and she found the perfect place in a lovely Spanish-speaking neighborhood. Her apartment is 3-4 times less expensive than in the US.

An expat in Cuenca, Ecuador advises others to take an exploratory trip before committing to making the move. Then, if you do move to Cuenca, leave your furniture at home since it's very expensive to ship and furniture is very reasonably priced in Ecuador.

An American woman who moved to Cuenca 2 years ago advises other expats about how to avoid gringo gouging. She also recommends that others moving to Cuenca bring more rain gear and a space heater.

One expat who lives in Cuenca, Ecuador says that beware is the operative word for expats in Cuenca. Whether your renting a home or finding a hotel, there are shysters everywhere.

More Reports about Moving to Cuenca

Retirees in Cuenca talk about life in Cuenca.