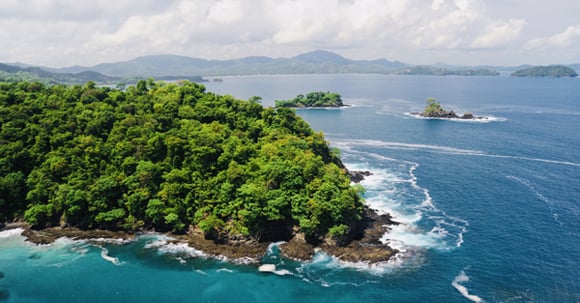 Can I Have My US Social Security Checks Direct Deposited in Costa Rica?

Is it Difficult to Open an Bank Account in Costa Rica?

"I was easily able (in Spanish) to open an account at Bank of Costa Rica and at same time request social security to be deposited automatically. I opened the acct on the 15th of the month, and the 1st of the next month my social security was in there. I was shocked. (the first time you get it on the 1st, thereafter at 9am on the 3rd. Easy as pie. But a guy in the cafe told me that he had wrestled with the bank guy for one hour trying to open an account. But the second he said that he wanted social security deposited automatically, everything went fast. SO, I began my conversation with 'I would like an account and have my social security deposited automatically'. He immediately started doing it, but what was funny was, after he took care of account papers, he asked, do you still want your soc sec deposited. I said Yes. But it insinuated I would not have had to. I think what helps is having all the needed documents, speaking in Spanish (look up all the terms you will need in dictionary) and act like you have done your homework, instead of marching in speaking English," wrote one expat in Costa Rica.

In a thread about the Banking in Costa Rica, a newcomer asked, "Any recommendations regarding which banks are the Best to use in Costa Rica???"

"I started with Banco Nacional, but one thing I don't like about them is (in Grecia) that everyone can see what you are doing at the ATM. I ended up later closing the account," commented one expat.

"I also like Bank of Costa Rica because they have separate little rooms for using ATM, with partially frosted windows. Also have locks which I normally do not use unless the security guard is not there or no one around," added another expat.

"Not all Bank of Costa Rica locations have separate rooms for ATMs. The BCR in Tamarindo has one exterior ATM in a public courtyard, and their seating area for banking is small, often requiring some people to wait outside. Banco Nacional in Tamarindo is much nicer. So visit each of the bank branches in your area. I currently have accounts at both BCR and BNCR. I encountered problems with BCR when setting up a CD for Rentista Residency so now I generally prefer BNCR," explained another expat.

"For me making sure I use credit cards with no foreign transaction fee, debit cards with no ATM fees. And several accounts in case for some reason one doesn't work or you lose your card," commented one expat.

Banking is Limited If You Have a Tourist Visa

While still not a 'legal resident', the banks will likely not permit you to deposit more than $1000 a month, so if you need more funds, you will have to use the ATM or make a wire transfer, both of which you will have to pay for. Be prepared to tell them where the funds are originating. Also the bank will likely only offer you basic electronic services. Once you have gained legal residency, you will be required to produce proof that your SS/guaranteed for life pension has been transferred into CR when you go to get your cedula renewed," explained an expat in Costa Rica.

"As I recall we were able to open BCR savings acct with just passport, though limited to deposits less than $1000 per month. Received a debit card to go with it. Local experience is that Scotia has more English speaking tellers but BCR is pretty much everywhere," said another expat.

In a thread about money in Costa Rica, one expat asked, "Anyone have ideas about getting money to Costa Rica from US banks without $40 wire fees each month that is charged by my US bank? I have a savings account with BCR. I am limited to having a balance of $1500 US per month the bank said. Has anyone opened a checking account and deposited a physical check each month to avoid these fees? BCR said it takes 3 weeks for US check to clear. Is this the best system? This account would be used to pay the electric, water, and cell phone, cable bill etc online. Thanks!!"

"In general, I have found the method of depositing a US check every month and allowing about 30 days for it to clear is the most cost effective method to bring moderate amounts of money to CR. (I pay the wire transfer fees for large amounts, such as to buy a car). I opened an account at BCR after I got residency and can now deposit up to $2500 each month by check, with no additional fees. I also just opened a new account at Banco Nacional, but they said that they charge a $40 fee for a US check deposit over $1000! So I started with a $1000 check deposit with no added fees, and it cleared after 15 days - and then I deposited another check for $1000," replied one expat.

"I have an account with Banco America Central. My deposits are ready to use as soon as the deposit is made. I pay a $6 a month fee, nothing else. Money transfers from the US are always in my account here within two working days. Opening the account required no more than my passport and filling out a considerable number of application pages. However, all my transactions are from US Federal Institutions, Social Security, Dept of Defense, Energy Research and Development Administration. I keep banking in Costa Rica to a minimum. And under $5000 to simplify things for my accountant. Preferring Swiss bank in Basel. Also I have had no use for credit cards in nearly 45 years. Only debit cards. With cars as well as homes I have always paid cash or balance in 30 days. Wiring money is expensive to North America, inexpensive to other Central American countries," explained another expat in Costa Rica.

"We personally used a company called Desyfin Financiera. We were and continue to be pleased with their service. I don't know what area you are in, but they have offices here and there. We use the one in Grecia. I did all in Spanish, and they have no one who speaks English well, but they can help you wire money in and would be $25 for even a chunk. Then you can put in an account in dollars or colones. But the account in colones you earn about 3.5%. You can pay bills from it. You need proof where the money came from though, if from sale of house or long standing savings account or whatever. If you want to invest in CD's, you can earn about 8% and more depending on length up to 2 years. Also, something you cannot do in US, you can receive your interest at end of term, every 3 months, or monthly at a slightly less rate. After you have your cedula, you can get CD's at Coop Grecia for about 9.25%. In colones. Can get in dollars but only about 2% or so, can't remember exactly. Desyfin has been around about 25 yrs and Coop Grecia over 50 yrs," said another expat.

Visit our Costa Rica Forum and talk with other expats who can offer you insight and tips about living in Costa Rica.

If you're moving to Costa Rica, you'll want to understand the cost of living in Costa Rica. Lifestyle, location and health insurance are part of the formula. Expats talk about real estate prices, rents, international school tuition, travel expenses and the fun stuff - travel, dining out and more.

Expats in Costa Rica offer some advice on the pros and cons of living in the Central American country. Topics covered include the health care system, where to live, and also some general information about the natural beauty of Costa Rica.

No one makes any mention if the online banking(either pc or smartphone) sites/apps have multi languages or not. In Asia you ALWAYS have a pulldown menu or the local/English tab. What about in CR? Mexico was usually just Spanish, with some subtitles. How language friendly are the various bank sites and apps?

An expat talks about what it's like living in Montezuma, Costa Rica. The challenges he found in Montezuma where terrible roads, power outages, the language barrier and the prohibitively high cost of shipping into the country.

An expat talks about what it's like living in Montezuma, Costa Rica. The challenges he found in Montezuma where terrible roads, power outages, the language barrier and the prohibitively high cost of...

An expat in Montezuma, Costa Rica talks about learning to live more simply, let go of material things and enjoy the fresh air, sunshine and life. But, you'll also have to adjust to living without Starbucks, driving on very bumpy roads, lots of insects and rainy season.

An expat in Montezuma, Costa Rica talks about learning to live more simply, let go of material things and enjoy the fresh air, sunshine and life. But, you'll also have to adjust to living without Sta...

Applying for residency in Costa Rica can be a daunting process. Which type of residency is right for me? Do I need an attorney? Do I have to leave the country every 90 days? What is a cedula? This...