Summary: Expats, digital nomads and retirees discuss what it is like to live in Lasi, Romania: Cost of living, Finding a home, Meeting People and more.

What do I need to know about living in Lasi?

When we asked people what advice they would give someone preparing to move to Lasi, they said:

"Expect bureaucracy at every turn! Romanians love to make themselves feel important by holding their ink stamps and having you come back for something 5 times, mostly because they're just too lazy to get off their rears and do their jobs. It's never their fault, it's yours and you're disturbing them that you should even expect them to do something faster than 3 months time. Be prepared to have your patience pressed to its limits, and then some," remarked another in Lasi.

"I would advise against it. I like to travel all over Romania, it is a beautiful country. Iasi, however, is like being in a totally different country from the rest of Romania. It's a very dirty city, very poor, with very little to offer in the form of entertainment. Absolutely nothing here for families. I would suggest Cluj-Napoca, Timisoara or Bucuresti," explained one expat.

How do I meet people in Lasi?

When we asked people living in Lasi about club and activities where newcomers can meet others, they responded:

"There's the American corner, though I've never visited it. Social networking sites can be a great resource also, you'll find many curious Romanians that will seek you out if you're friendly and intelligent," said another person in Lasi.

"I have met very few Americans, the rare businessman passing through, a few students. You are more likely to encounter Brits or other foreigners," remarked another expat in Lasi.

Will I be able to find a job in Lasi?

When we asked people about industries and career opportunities in Lasi, they reponded:

"Antibiotice is a huge presence in Iasi, producing pharmaceuticals. Theres also an increasing amount of American and western EU companies building factories or setting up shop in Iasi. Finding a job is not so much different than other places; keep your eyes open, make contacts and put yourself out there....however don't expect the higher salary you may be accustomed to," explained one expat.

"Very little in the way of real industry here, hence the poverty. Few career opportunities, with the exception of some international firms," said another person in Lasi.

When we asked people living in Lasi what life is like and how people spend their time, they said:

"A lot of people are focused on work, and construction/renovation of houses in and around the city," said another expat in Lasi.

"Iasi is a very poor city, the average Romanian in Iasi works 10-12 hour shifts, 6 days a week. When they're not working, Romanians in Iasi tend to be "homebodies" and spend their little free time at home, with family and friends," remarked another in Lasi.

Is there a lot of diversity? Are people in Lasi accepting of differences?

"IMO people are pretty intolerant of gypsies, non-white races, and those that are not orthodox Christian. I've been scoffed at more times than I can remember when someone discovers I'm not Orthodox and don't follow their "rules"," said another expat in Lasi.

"There are some very disturbing anti-semitic attitudes in Iasi. Also, racism against Roma (gypsies) is prevelant here. Very little cultural diversity here," remarked another in Lasi.

Contribute
Help other expats and newcomers by answering questions about the challenges and adventures of living in Lasi.

Expats Talk about Living in Lasi

Expats talk about what it's like living in Lasi, Romania: Cost of Living, Healthcare and What Newcomers to Lasi Should Know 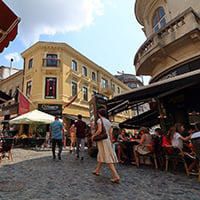 10 Things to Know Before Moving to Romania 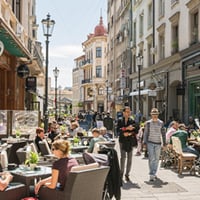 10 Tips for Living in Romania

Guide to Living in Lasi, Romania

Lasi, Romania: Cost of Living, Healthcare and What to Know About Living in Lasi

Contribute
Help other expats and newcomers by answering questions about the challenges and adventures of living in Lasi.

Expats Talk about Living in Lasi

Expats talk about what it's like living in Lasi, Romania: Cost of Living, Healthcare and What Newcomers to Lasi Should Know