Summary: If you're moving to Budapest or a newcomer living in Budapest, here are 14 things to know about life in this beautiful city - from the best districts for expat families and single expats, hospitals in Budapest, international schools, expat clubs and organizations and more. 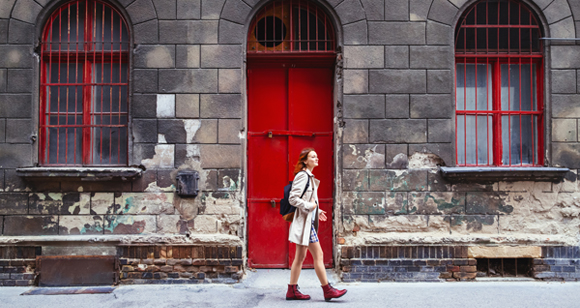 "I am a Hungarian and a local to Budapest. This city has immensely changed in the last 20 years for the better. Lots of areas have been rehabilitated, hundreds of turn of the century houses renovated, services improved and compared to other cities we have proper public transportation as well," wrote one Hungarian (who has lived abroad herself) in a post about moving to Hungary.

Best Places to Live in Budapest

"Stay away from the party districts unless you want to party. Those would be in the center of the Pest side of the city. Traffic is bad and loud as are the tourist. A good area is District 1 right under the castle. Consider using the public transportation when you choose your place. It's only about 35 usds per month and you can use anything; bus, tram, metro, and short train routes. Parking will be expensive if you can get a permit and a garage is hard to find as is an apartment with parking," advised one expat living in Budapest.

"Families seeking residential settings should look for houses on the Buda (West) side of the city, in districts 1, 2, 2A (a bit far from the city center but home to the American School) and 12. Residential parks exist with detached homes and lots of yard space. Those looking to live in the center and close to embassies and businesses should live on the Pest (East) side in district 5, 6 or 7. For urban but residential surroundings look at districts 9, 13 and 14. I saved a map of international schools in Budapest which will help those interested in living close to one: view google map. I live in an old apartment with a typical, Budapest courtyard that I love. It is a typical young-person's and there are many foreign students, but it's not a typical expat neighborhood," explained another expat.

Hospitals and Clinics in Budapest

There are a number of clinics and hospitals in Budapest that have English-speaking doctors and are recommended by expats. Dr. Rose Hospital (private) and Duna Medical Center are two well-known hospitals. Buda Health Center has three locations in Budapest - two are in the XIIth District and one is in the IIIrd District. Buda's hospital specializes in spinal disorders. Rozsakert Medical Center has 100 doctors and 9 of them are US-trained. First Med Centers is located in District I and has English-speaking doctors.

Medicover has modern clinics throughout Hungary. In Budapest, there are three locations in Alkotas, Eiffel Clinic and Dental Clinic and Medicover Clinic, Hospital and Advanced Diagnostic Center.

For more information about healthcare, visit our Healthcare in Hungary guide.

Are there English-Speaking Real Estate Agents in Budapest?

"Finding English-language real estate agents can be difficult but they do exist (I work for one) and it is worth it to find one. Mix ups I've experienced in the past include agents who confuse numbers (40 and 60, for example) and some debate over whether or not my landlady would offer a couch. Businesses that seek expat clients (relocation companies, some real estate agencies and also exercise studios, beauty salons) can have very useful information posted on their website," advised an expat.

Renting a Flat in Budapest

"If you rent something you need to pay normally one month rent as a deposit plus one month rent. Only extra is strata fees (and electricity, gas, water... dependent how much u will use.) the amount depends . In the new buildings it cost more... I think we paid around 40 000 HUF/ month . This include hot water, heating and strata. In older building can be around 10 000/ month for strata and u pay for what u use... gas, electricity, water... You need to ask b4 how much is extra and what is included. 140000/ month it can be correct for a 2 b' rooms depends of condition and closeness to the public transport... look on the map. Other thing what you need to remember... here no one use the terms 2 bedroom apartment it's a two room flat/ apartment. People are using living room as a bedroom for a night. So 2 room place is really one bedroom," explained one expat.

"Concerning accommodation and prices rental fees have been increasing constantly through the last years and this is not expected to be stopped so buying is also something to be considered in the long run. Rental fees for a decent size property for a single person vary from 950 USD to 1700 USD in the areas of Budapest preferred by expats," wrote one expat.

"Citizens are quite diverse: when you go to work or home you will pass by men and women of every social standing, race, age and income level. It is truly fascinating and a nice break from Washington, DC where I was working previously. That said, there are neighborhoods that establish themselves with a certain demographic (9th district is for young urbanites, defined sections of 8th district are low-income and uncared for)," said one expat.

Will I need to learn how to speak Hungarian?

"Speaking a fair amount of Hungarian is a plus and is always appreciated but in Budapest you can also get by mostly everywhere with English," said one expat.

"Learn some basic Hungarian words before coming and continue your learning once here. But unlike the way it was in the 1990's, enough English is spoken in Budapest for you to feel comfortable. But make no mistake, it is a difficult language," advised one expat living in Budapest.

What is the Cost of Living in Budapest?

"Hungary is quite cheap compared to Western Europe and the United States, therefore visitors can enjoy buying food, beverages and souvenirs without feeling a pinch. That said, cost of living is high when local salaries are taken into consideration. When calculated as a percentage of salary, items like clothing, shoes, accessories, baby equipment, furniture, bedding and electronics can feel expensive. Try to bring these with you," commented an expat living in Budapest.

When we asked a retiree in Budapest, how much a retiree can live on comfortably, he answered, "$2000 USD will do it but be mindful it doesn't cover major medical or other expenses."

"The cost of living is better than many places but there are some things which will shock you such as utility prices. Many things are creeping up in prices and if the US is successful in forcing Europe to refuse Russian gas and accept US liquid petroleum then the prices will at a minimum double. Frankly, I don't know how Hungarians can survive on their incomes with prices this high here. If you have money and are smart about where to live then these are not huge problems," said one expat in a discussion about moving to Hungary.

An expat in Budapest said, "If you are not acquainted, Hungarians are very unfriendly. If, however, you are a guest, or a co-worker, or a fellow sportsman or have some sort of tie whatsoever, they would give you the shirt off their backs."

Another expat offered a different perspective, "Budapestans work and play equally. The city offers many opportunities for and many places to socialize with like-minded people. The possibilities are diverse and endless regardless of age."

What are the popular expat clubs and organizations in Budapest?

Is there a lot of crime in Budapest?

"Like any capital cities crime is a definite issue. Two years ago I got pickpocketed on the bus. It was Romanian gypsies. There are also lot of homeless who appeared to be able to camp out pretty much everywhere (except maybe at the Parliament building, LOL!) Mainly at metro and railroad stations. There are the occasional car thefts but having said that things are fairly safe," commented an expat.

According to the US State Department, "Hungarian authorities are responsible for investigating and prosecuting crimes committed in Hungary. Report crimes to the local police by calling 107 or 112, and contact the U.S. Embassy at (36)(1) 475-4444."

Should you use public transportation or have a car in Budapest?

"However as other major cities the air is not so clean all the time. Many events are held and traffic is shut down. Public trans while not cheap it is a fair deal and monthly passes or higher is the way to go. I have a car but that is a headache in the capital city. This is because of the expensive gasoline and screwy parking rules that are enforced with a vengeance including booting. But metro, bus and taxis are abundant and fairly frequent," expat retired in Budapest.

Drinking and Driving are Strictly Prohibited in Budapast

"Hungary has a zero tolerance policy for driving under the influence of alcohol or drugs. Penalties are severe, including significant jail time," wrote the US State Department.

5 Tips for Living in Budapest

Most expats love living in Budapest for it's beauty and culture. There's something for everyone in Budapest. Yes, you'll have to deal with lots of bureaucracy, but people are friendly and helpful. Once you get past the red tape, life in Budapest is rewarding.

An Expat Talks about Culture Shock & Living in Budapest, Hungary

An expat in Budapest enjoys the lower cost of living, but the bureaucracy and local laws frustrated. Her biggest shock was that the US Embassy didn't really care about expats.

An expat in Budapest enjoys the lower cost of living, but the bureaucracy and local laws frustrated. Her biggest shock was that the US Embassy didn't really care about expats....

An American expat provides some insight into what it takes to live in Budapest, Hungary.

An American expat provides some insight into what it takes to live in Budapest, Hungary....

5 Tips for Living in Budapest

Most expats love living in Budapest for it's beauty and culture. There's something for everyone in Budapest. Yes, you'll have to deal with lots of bureaucracy, but people are friendly and helpful. Once you get past the red tape, life in Budapest is rewarding.

Most expats love living in Budapest for it's beauty and culture. There's something for everyone in Budapest. Yes, you'll have to deal with lots of bureaucracy, but people are friendly and helpful. ...